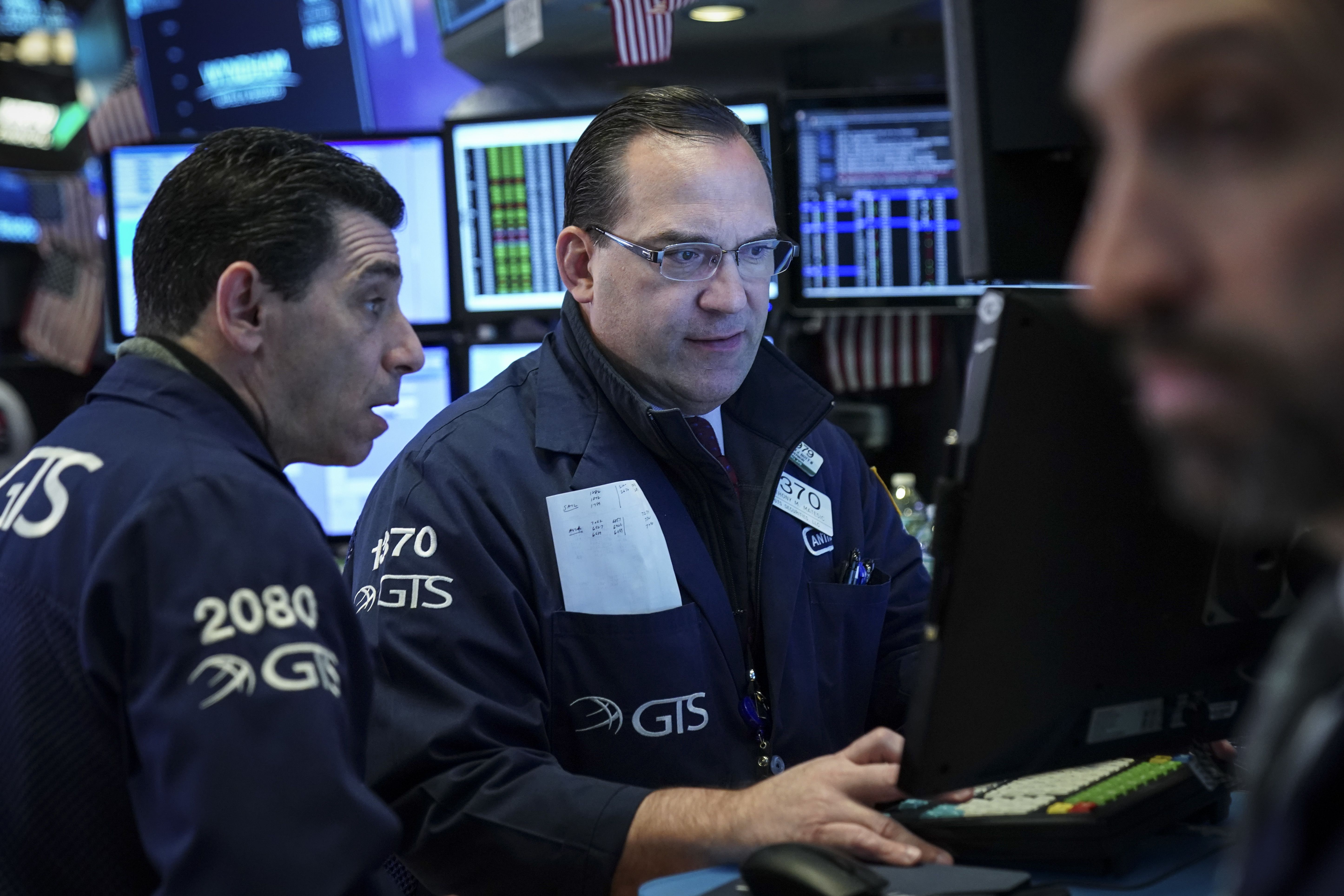 Check out the companies making headlines before the bell:

Darden Restaurants – The parent of Olive Garden and other restaurant chains reported adjusted quarterly earnings of $1.76 per share, 3 cents a share above estimates. Revenue fell short of forecasts, however, and a comparable-restaurant sales increase of 1.6% was shy of the 2.3% consensus estimate of analysts surveyed by Refinitiv. Darden also forecast full-year profit of $6.40 to $6.45 per share, compared with a $6.46 consensus estimate.

Carnival – The cruise line operator reported adjusted quarterly profit of 66 cents per share, 5 cents a share above estimates. Revenue also beat forecast, however Carnival cut its full-year forecasts due to new restrictions on travel to Cuba as well as other factors. Rival cruise line operators Royal Caribbean and Norwegian Cruise Line are under pressure in sympathy with Carnival.

Slack – Slack will debut on the New York Stock Exchange today in a direct listing. The reference price for the workplace messaging service’s stock was set at $26 per share, giving it a value of about $15.7 billion.

Tesla – Goldman lowered its price target on the automaker’s stock to $158 per share from $200, while maintaining a “sell” rating. Goldman said it sees a lower probability that upside volume scenarios will be achieved.

Aecom – Activist investor Starboard Value sent a letter to the infrastructure company’s board and CEO saying the stock is deeply undervalued and that significant opportunities exist to unlock value. Starboard owns a 4% stake in Aecom.

GlaxoSmithKline – The drugmaker is offering concessions to European Union regulators to relieve concerns over its planned joint venture with Pfizer’s consumer health unit. The EU is set to decide by July 10 whether to accept those concessions and approve the deal.

Deutsche Bank – Deutsche Bank is facing a possible probe over whether it complied with U.S. anti-money laundering laws, according to a report in the New York Times.

Boeing – Boeing is in talks with more airlines for sales of its currently grounded 737 Max jet, according to sales chief Ihssane Mounir. That follows a 200-jet commitment from British Airways owner IAG.

Netflix – Netflix said its “Murder Mystery” movie was watched by nearly 30.9 million account holders in its first three days, the biggest opening ever for a Netflix film.

T-Mobile – T-Mobile is preparing for an auction of its Boost Mobile prepaid unit if its talks to sell wireless assets to Dish Network fall through, according to a Reuters report. T-Mobile is seeking to sell assets to win regulatory approval for its proposed acquisition of rival Sprint.

Steelcase – Steelcase reported quarterly earnings of 15 cents per share, 3 cents a share shy of estimates. The office furniture maker’s revenue also fell short of Street forecasts. The company said the revenue shortfall was due to order growth that was weighted toward the second half of the quarter.

Hershey – Hershey was downgraded to “underweight” from “neutral” at Piper Jaffray, which said the chocolate maker has stable growth but is trading at a historically high premium to its peers.