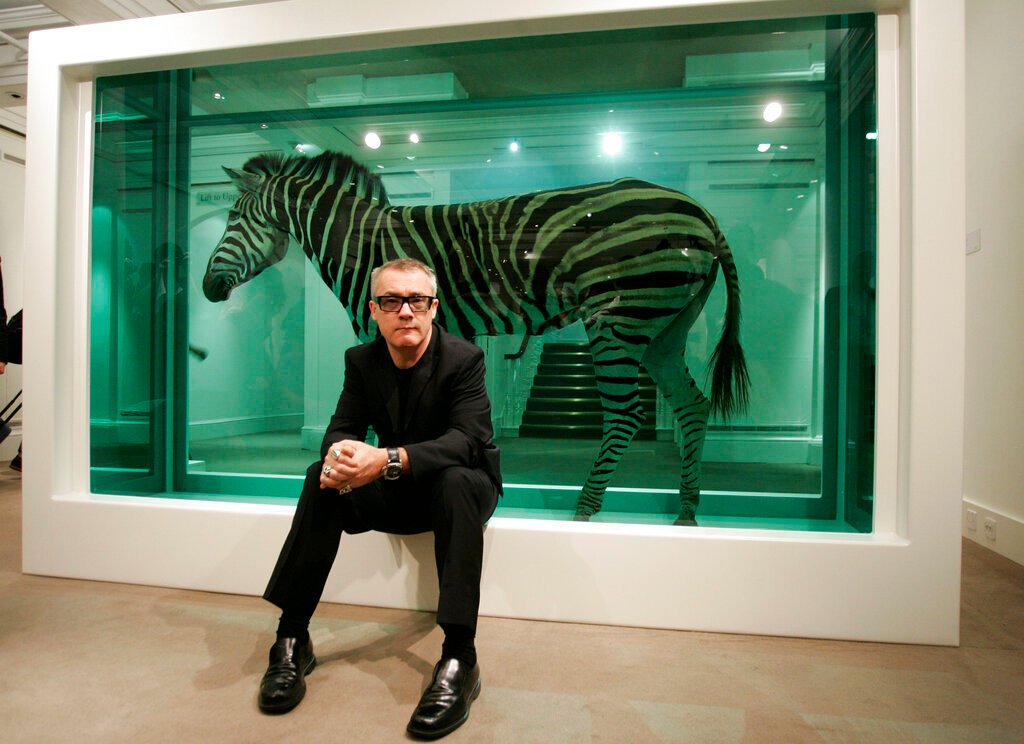 To receive Morning Links in your inbox every weekday, sign up for our Breakfast with ARTnews newsletter.
The Headlines
NOT ONE BUT TWO STATUES OF LIBERTY WILL BE STANDING in New York Harbor when the U.S. toasts Independence Day on July 4. Joining Auguste Bartholdi’s 151-foot-tall Lady Liberty will be a smaller plaster cast of the work, visiting from France, the Associated Press reports. This one is almost 10 feet tall and will alight on Ellis Island before heading to the French Embassy in Washington, D.C., for Bastille Day. The work had been on view at the Musée des Arts et Métiers in Paris. In other Statue of Liberty–related news, Abigail DeVille’s Light of Freedom (2020) sculpture, which was inspired by its torch, is currently on view at the Momentary in Bentonville, Arkansas. It made its debut last year in New York’s Madison Square Park, where the torch for Bartholdi’s full-scale wonder was on view during a fundraising drive for its pedestal.

LAST MONTH, A PAINTING BY FRANÇOISE GILOT of one of the children she had with Pablo Picasso sold for $1.3 million at a Sotheby’s auction devoted to women artists. That was seven times its high estimate and a new record for Gilot, as ARTnews reported. What does the artist, who will turn 100 this year, make of this surge in interest in her work? “My affirmation, whether it’s challenged or not, comes from the center, from myself,” she told FOX 5 NY. “Not from somebody else. Even if it’s very nice.”
The Digest
More than 10 windows at the Figge Art Museum in Davenport, Iowa, were damaged by gunfire early on Sunday morning. There were no reports of injuries. [KWQC]
A new exhibition at the Rijksmuseum in Amsterdam looks at the history of slavery in the Netherlands and its colonies, a topic rarely discussed in the country. [The New York Times]
Art thefts were down in Italy in 2020 versus 2019, according to the unit of the nation’s police that handles that criminal activity. One promising development, officials says, has been the use of drone technology to protect archaeological sites, potentially dissuading would-be looters. [The Art Newspaper]
Gallerist Ebony L. Haynes has provided details of her forthcoming gallery, 52 Walker, an extension of David Zwirner in Manhattan’s Tribeca neighborhood. It will open in October with a show by Kandis Williams and then present four solo shows in 2022. Haynes said she wants to “change the model and slow things down.” [Artnet News]

Sotheby’s has created a digital version of its London headquarters on the virtual reality blockchain platform Decentraland as a way to showcase digital art. [The Art Newspaper]
Actor Seth Rogen has apparently gotten pretty into his ceramics practice, and the Superbad star donated one of his works for an auction benefiting the Vancouver Art Gallery. Its estimate: CA$3,000 to CA$5,000 (about US$2,480–US$4,140). The current bid is already above that low mark. [Daily Hive Vancouver]
Should you be an art critic? Columnists Chen & Lampert have a 10-question quiz that will provide an answer. [Art in America]
The Kicker
DAMIEN HIRST’S PUSH FOR GLOBAL DOMINATION CONTINUES. The British artist has taken over a Gagosian gallery in London for a year, he has a show on tap at the Fondation Cartier in Paris, he’s doing some NFT stuff, and now he’s installed a bunch of his works at the Galleria Borghese in Rome, which is filled with classical treasures and Renaissance paintings. The outing is titled “Archaeology Now,” and it includes pieces from Hirst’s fiercely debated 2017 Venice show, “Treasures from the Wreck of the Unbelievable.” “They are completely unsettling works, but even in the [permanent] collection there are works of strong, terrible and terrifying beauty—as true beauty is,” the Borghese’s director, Anna Coliva, told the AFP, of the show. “So this is the place where this poetry [of Hirst] can be exalted.” [AFP/ArtDaily]
Thank you for reading. We’ll see you tomorrow.