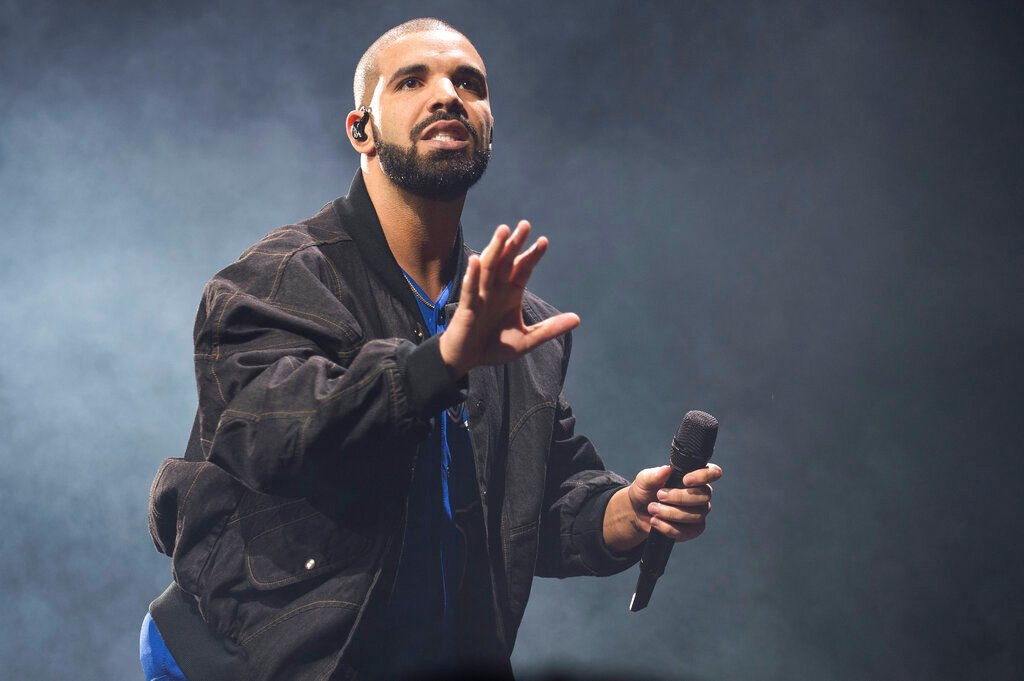 To receive Morning Links in your inbox every weekday, sign up for our Breakfast with ARTnews newsletter.
The Headlines
DAMIEN HIRST HAS STRUCK AGAIN. The British artist has created the cover for Drake’s hotly anticipated new album, Certified Lover Boy, and it is a doozy, consisting of a dozen iterations of the “pregnant woman” emoji atop a white background. The spare effort “has everyone scratching their heads,” Complex reports, while Business Insider says that “everyone from Lil Nas X to [Drake’s] fans are making fun of it.” (According to a Drake fan account, the cover is a painting.) Some may recall a memorable foray the “God’s Plan” singer made into contemporary art a few years ago, when he borrowed the aesthetic of James Turrell for his 2015 “Hotline Bling” video. (“I fuck with Turrell,” he had previously declared). The artist issued a statement saying that he was “flattered to learn that Drake fucks with me,” but that “I nor any of my woes was involved in any way in the making of” the film. CLB is due on Friday.

A DISPATCH FROM THE MOST SERENE REPUBLIC. The Venice Architecture Biennale named its prize winners on Monday, with the United Arab Emirates grabbing the Golden Lion for best national pavilion, per ArchDaily. Titled “Wetland,” and curated by Wael Al Awar and Kenichi Teramoto, the show looks at alternatives to cement. A Golden Lion for best participant in the main show went to Raumlaborberlin, and the Silver Lion for the most-promising young exhibitor was presented to the  Foundation for Achieving Seamless Territory. Elsewhere in the floating city, Dolce & Gabbana held a runway show in St. Mark’s Square, a first for the historic site, per Vogue. The Venice Film Festival kicks off tomorrow, and the Art Biennale, curated by Cecilia Alemani, is just a little more than seven months away.
The Digest
The artist and educator Srey Bandaul, a pivotal figure in the Cambodian art scene, has died of Covid at the age of 49. “He was a father-figure for many Cambodian artists and without him the contemporary art scene that we know today would not exist,” Dana Langois, the founder of the Java Creative Cafe in Phnom Penh, said. [ArtAsiaPacific]
Hurricane Ida has demolished a New Orleans jazz landmark, the Karnofsky Tailor Shop, where Louis Armstrong once worked. Recovery efforts and damage assessments are ongoing in the city. [The Associated Press]

A home in West Vancouver, British Columbia, that the artist Emily Carr frequently visited to see its owner, arts patron Ethyln Trapp, and to work, has fallen into disrepair and is set to be torn down. A niece of Trapp is mounting a last-ditch attempt to save the building. [The Art Newspaper]
Artist Raúl de Nieves is opening an exhibition of his richly ornamented beaded works at the Institute of Contemporary Art in Boston tomorrow. In an interview he spoke about a memorable tarot reading in which he was told “to become the ruler of his own house.” [WBUR]
Noah Johnson has written a deep dive on the storied New York graffiti crew IRAK that is centered on its founder, artist Kunle Martins, who is finally achieving art-world fame long after some of his friends and peers, like Ryan McGinley and Dan Colen. [GQ]
Ashlyn Davis Burns, the former director of the Houston Center for Photography, is among the cofounders of Assembly, a “new photo portal” that “melds aspects of a gallery, photo agency, publishing house (for niche artist books), online magazine/photo blog, and studio,” Catherine D. Anspon writes. [Paper City]
The Kicker
DISTANCE MAKES THE HEART GROW FONDER. When it began renovations in 2018, the Courtauld Gallery in London loaned many of its prized Impressionist artworks to other museums. Now they have returned. “To have them now come home is really quite emotional,” the museum’s director, Ernst Vegelin van Claerbergen, told the Guardian . The initial plan was to complete the work over two years, but the pandemic and the uncovering of a medieval cesspit caused delays. “Not just a small one . . . huge,” Vegelin told the paper. “They dug and they dug and they dug. I think it was three or four meters deep, so obviously all the work stopped and that set us back.” Glad they got that cleaned up! The museum is scheduled to reopen in November. [The Guardian]