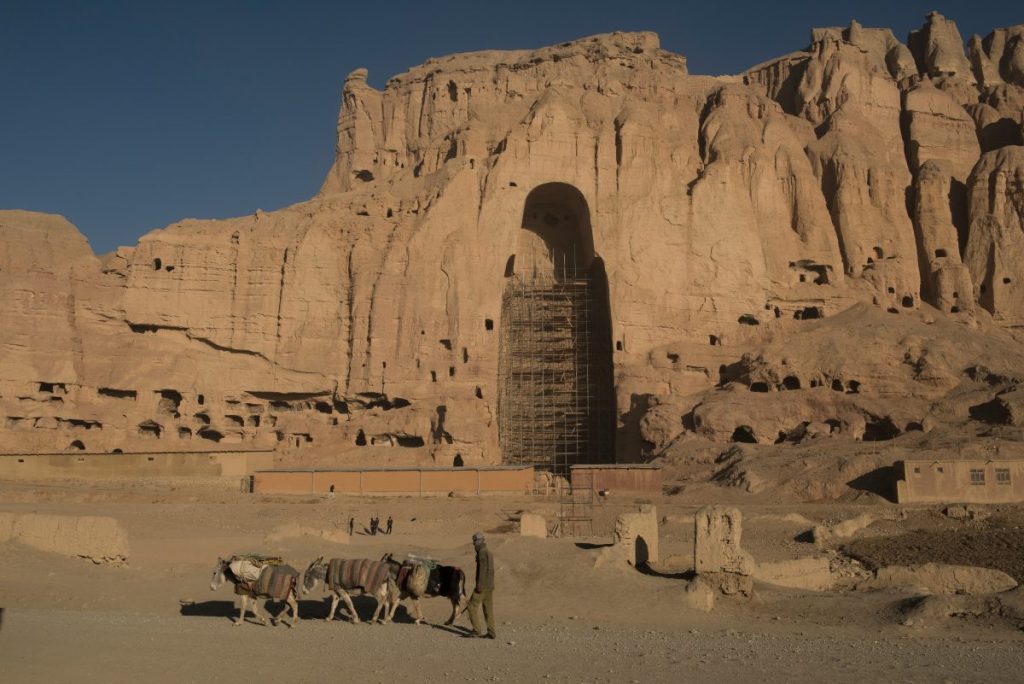 UNESCO, a United Nations–run agency, has called for the preservation of Afghanistan’s cultural property amid the Taliban regime’s takeover. The organization is appealing for precautions to safeguard the region’s historical artifacts from “damage and looting,” according to a statement released on Thursday.
Experts have raised concerns about the preservation of Afghan cultural heritage, given what has happened when the Taliban have assumed power previously. In 2001, Taliban forces destroyed the Bamiyan Buddhas, two monumental 6th-century century statues carved into a cliff in the Bamiyan Valley in the central highlands of Afghanistan. An unnamed museum curator told the Art Newspaper this week that there could be even more damage to Afghan cultural sites this time.

Over the past several weeks, the Taliban have taken control of key locales around the country, including Lashkar Gah and Tirin Kot, following a final-phase withdrawal of U.S. military forces that began on May 1. Last week, the regime seized control of the capital city, Kabul, prompting violence and a mass exodus of Afghan civilians fleeing the region to seek asylum.
UNESCO’s statement said that Afghanistan’s cultural sites are part of the country’s diverse history and integral to its national identity. “Any damage or loss of cultural heritage will only have adverse consequences on the prospects for lasting peace and humanitarian relief for the people of Afghanistan,” the statement reads.
On August 15, the National Museum in Kabul raised concerns about the threat of looting. “Kabul city has witnessed unprecedented chaos. . . . Continuation of this chaotic situation causes a huge concern about the safety of museum’s artifacts and goods,” the museum said in a statement posted to social media.
Following the destruction of the Bamiyan statues by the Taliban two decades ago, UNESCO instated a program with the Afghan Interior Ministry in 2004 to safeguard sites in the provinces of Logar and Kapisa near Kabul. Afghanistan is also home to one World Heritage site overseen by UNESCO, the Minaret and Archaeological Remains of Jam in the western province of Ghor. In May 2019, Taliban forces seized control of checkpoints near the 12th-century site, barring access to the grounds and killing 18 Afghan security personnel.

Earlier this week, Karima Bennoune, a UN Special Rapporteur for cultural rights, issued a statement pointing to the Taliban’s “well-documented” destruction of cultural property beyond the Bamiyan Buddhas. “Protecting Afghan lives and rights must be the top priority,” Bennoune said. “Efforts must also be made to ensure the safety of all forms of culture and cultural heritage which are essential for enjoyment of those rights.”

Chuck Close, Photorealist with an Acute Eye for Detail, Is Dead at 81
U.S. National Gallery of Art Cancels Genoese Art Blockbuster, Citing the Pandemic
To Top
error: Content is protected !!