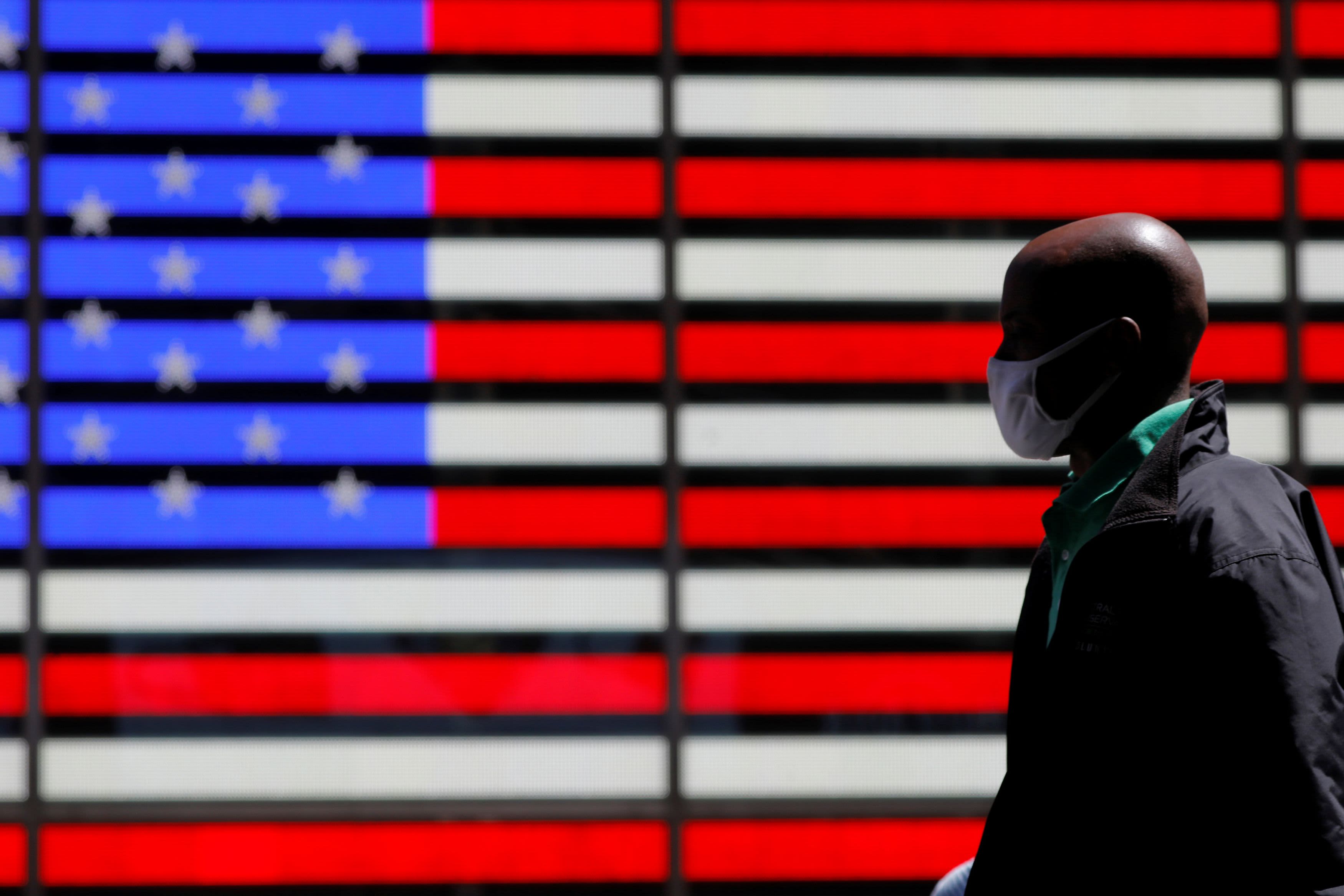 New cases of Covid-19 are dropping sharply across the U.S. as millions of people get vaccinated daily, fueling optimism that the nation may have averted the surge of infections gripping other parts of the world and is finally turning the corner on what was one of the worse outbreaks globally.As of Saturday, the 7-day average of daily new cases fell to under 50,000 for the first time since October and is down 17% from a week prior, according to a CNBC analysis of data from Johns Hopkins University. Hospitalizations and deaths from the disease are also falling.Cases are falling as more Americans get vaccinated. To date, more than 100 million people in the U.S. have been fully vaccinated against Covid-19, according to the Centers for Disease Control and Prevention, or nearly a third of the population. About 146 million people, or 44% of the population, has received at least one dose of a vaccine.Former Food and Drug Administration commissioner Scott Gottlieb on Sunday said that the precipitous drop in new Covid-19 cases in the U.S. was likely to continue, predicting a “relatively quiet summer when it comes to coronavirus spread.””Look, the situation in the U.S. continues to improve, and I think in the coming weeks we are going to see an acceleration in the decline in cases,” Gottlieb said on CBS News’ “Face the Nation.”The physician credited the mass vaccination campaign that got underway under President Donald Trump and has been continued under President Joe Biden for the country’s ability to rein in the spread of the disease. The rate of vaccine administration has declined somewhat in recent weeks after rising for months, now that most of the individuals who were most eager to receive a shot have gotten one. However, Gottlieb said continued vaccinations, even at a slower place, will lower virus transmission. “This has been a monumental achievement — rolling out this vaccine, getting that many Americans vaccinated — and it’s going to continue,” Gottlieb said. “We’ll continue to chip away at it. The rate of vaccination is going to slow in the coming weeks. But we’ll continue to pick up more people as we get into the summer.”Dr. Anthony Fauci, the White House pandemic advisor, suggested last week that he expected a “significant diminution in the number of infections per day and a significant diminution in all of the parameters, namely hospitalizations and deaths” to come in a matter of weeks.The CDC has revised its public health guidance and said fully vaccinated people can attend small gatherings outdoors without wearing a mask. “Today is another day we can take a step back to the normalcy of before,” CDC Director Rochelle Walensky said during a press briefing about the announcement. “If you are fully vaccinated, things are much safer for you than those who are not fully vaccinated.”Biden has celebrated the decline in cases, predicting that Americans may be able to gather with friends and family to celebrate the Fourth of July.”After a long, hard year, that will make this Independence Day truly special — where we not only mark our independence as a nation but we begin to mark our independence from this virus,” he said in March.Cities and states have moved at different paces in response to the progress in controlling the spread of Covid-19. New York Mayor Bill de Blasio has said he intends to fully reopen the city on July 1, a prospect that some experts have said is plausible, while Gov. Andrew Cuomo has said he hopes that the city can open even sooner.The optimism has spread to the stock market, where U.S. indices have been powered to near record highs.To get a sense of what may be coming around the corner for the U.S., Gottlieb said it could be helpful to look at heavily vaccinated San Francisco.”About 71% of people in San Francisco have had at least one dose of the vaccine, 47% have been fully vaccinated. They are recording about 20 cases a day. They have about 20 people who have been hospitalized,” Gottlieb said.”They’ve dramatically reduced Covid in that city, and it’s largely the result of vaccination,” he added.Using financial terms, Gottlieb suggested that the gains from vaccination were “locked in” and “pretty sustainable.””We are entering warm months, when this is going to create a backstop against the spread of the coronavirus, and so we are locking in these gains,” Gottlieb said.More than 577,000 people have died in the U.S. from Covid-19 and more than 32 million have been infected. During period of December and January, public health authorities were reporting more than 200,000 new infections a day on average. Even as the health situation appears on the cusp of normality in the U.S., it is worsening in other countries with fewer resources. In India, new daily cases surpassed 400,000 on Saturday, a record.Disclosure: Scott Gottlieb is a CNBC contributor and is a member of the boards of Pfizer, genetic testing start-up Tempus, health-care tech company Aetion Inc. and biotech company Illumina. He also serves as co-chair of Norwegian Cruise Line Holdings’ and Royal Caribbean’s “Healthy Sail Panel.”Subscribe to CNBC Pro for the TV livestream, deep insights and analysis  on how to invest during the next presidential term.

TSA extends mask requirement for planes, buses and trains through mid-September
India accounts for 1 in 3 new Covid cases being recorded. Here is its second wave in 5 charts
To Top
error: Content is protected !!