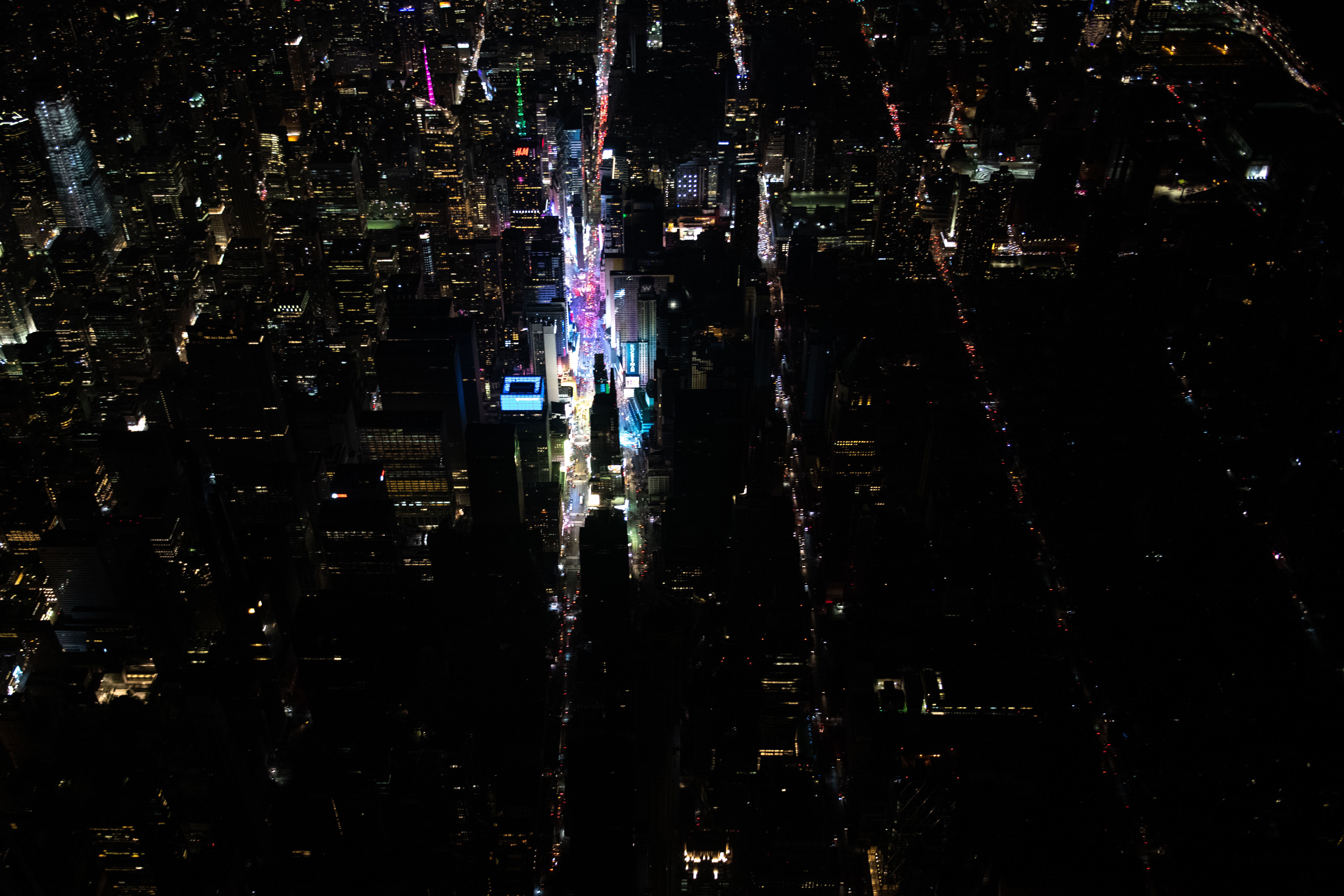 A large section of Manhattan’s Upper West Side and Midtown neighborhoods are seen in darkness from above during a major power outage on July 13, 2019 in New York City.

Con Edison apologized on Sunday for a blackout that left  72,000 customers without power for hours in large parts of Manhattan, but the root cause of the outage remained unclear.

The power failure began after a “significant electrical transmission disturbance” impacted multiple circuits, according to  a company statement. Con Edison said the blackout was not due to a power overload.

“Con Edison sincerely regrets the power disruption to our customers on the west side of Manhattan last night and will be
conducting a diligent and vigorous investigation to determine the root cause of the incident, ” the company said.

Con Edison planners and engineers are examining the data and the performance of its equipment and will share their findings with regulators and the public at large, the utility said.

Mayor Bill de Blasio said Sunday that the blackout was not caused by an act of terrorism.

“This was not a cyber attack and this was not an act of physical terrorism,” de Blasio said

The blackout, which began at 6:47 p.m. Saturday and lasted until around midnight, left large swathes of Midtown Manhattan and the Upper West Side without power.

The power failure wreaked havoc on the city’s subway system, forcing several stations to close to the public and disrupting services along several key train lines.

More than 400 elevators were stuck at the height of the blackout, according to the New York City Fire Department.

Passengers in a subway train at the 66th Street station during a blackout caused by widespread power outages, in this still frame taken from video, in the Manhattan borough of New York City, U.S. July 13, 2019. REUTERS/Aleksandra Michalska

Times Square was largely left in darkness and Broadway shows, including the hit Hamilton, were cancelled. Madison Square Garden was also impacted and a Jennifer Lopez show was forced to end early.

No injuries or hospitalizations were reported due to the blackout.

New York Governor Andrew Cuomo ordered an investigation into the incident. He called the blackout “unacceptable and said he would hold “all parties accountable.”

A senior city official with direct knowledge of the matter told NBC News on Saturday that the power outage was apparently caused by a transformer fire at 54th Street and West End Avenue.

At one point, Mayor Bill de Blasio said the power outage was caused by a manhole fire.