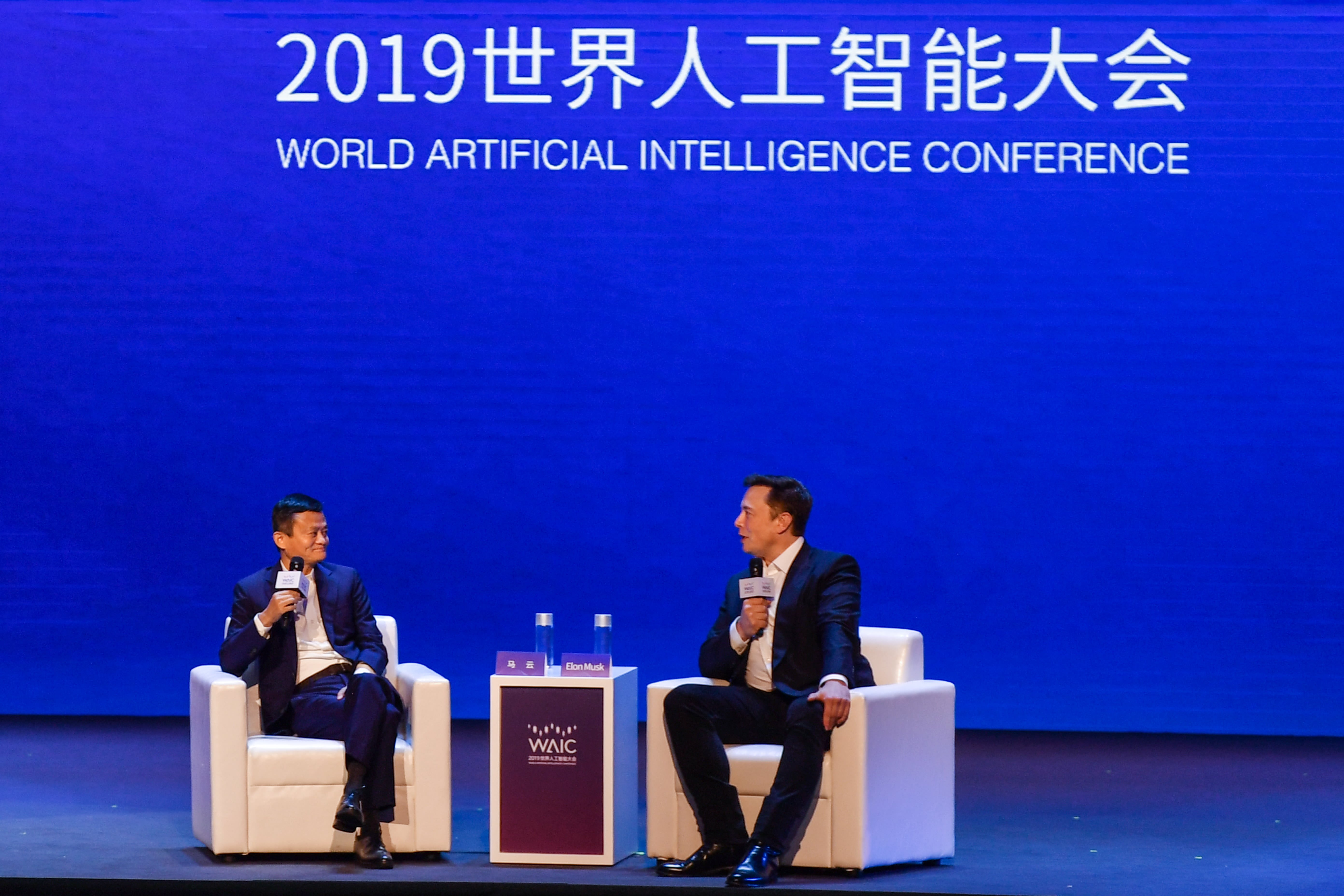 Elon Musk (R) and Jack Ma speak onstage during the the World Artificial Intelligence Conference in China on August 29, 2019.

Tesla CEO Elon Musk on Wednesday said that computers are getting smarter than humans in more and more spheres and that the trend will continue.

“We will be far, far surpassed in every single way. I guarantee it,” Musk said to Jack Ma, chairman of Alibaba, at the World Artificial Intelligence Conference in Shanghai.

The comments highlight an evolving landscape in technology, including in artificial intelligence, an area technology companies are tapping to enhance their products and sell to businesses.

Musk pointed to advances in chess and the Chinese board game of Go as evidence of progress in AI.

He talked about how in the future technology from Neuralink, a start-up he co-founded, could give people a way to boost their skills in certain subjects. The company is seeking to draw on AI for augmenting people’s cognitive capabilities with brain-machine interfaces. The company is not there yet, though.

“The first thing we should assume is we are very dumb,” he said. “We can definitely make things smarter than ourselves.”

Ma had a different view, suggesting that a computer has never spawned a human being, or even a mosquito.

“I’ve never in my life, especially [in the] last two years, when people talk about AI, human beings will be controlled by machines,” he said. “I never think about that. It’s impossible.”

And Ma said that he does not want to play chess or Go against a machine. These games were designed for people to play against each other, he said.

“I’ll be happy to see two computers fight each other,” Ma added.

The Tesla chief has spoken previously about AI. In 2017 he suggested that competition among nations in AI could lead to World War III.

Tesla has sought to do more in AI. Musk revealed that Tesla was working on a custom AI chip in 2017, and last month he said the automaker would “most likely” start retrofitting older vehicles with its chips by the end of 2019.

In 2015 Musk co-founded OpenAI as an AI research nonprofit. He left the board last year. He said in a tweet earlier this year that OpenAI and Tesla were at times both trying to hire the same people, and that he and OpenAI didn’t always see eye to eye.

WATCH: Could Tesla survive without Elon Musk at the helm? Experts discuss