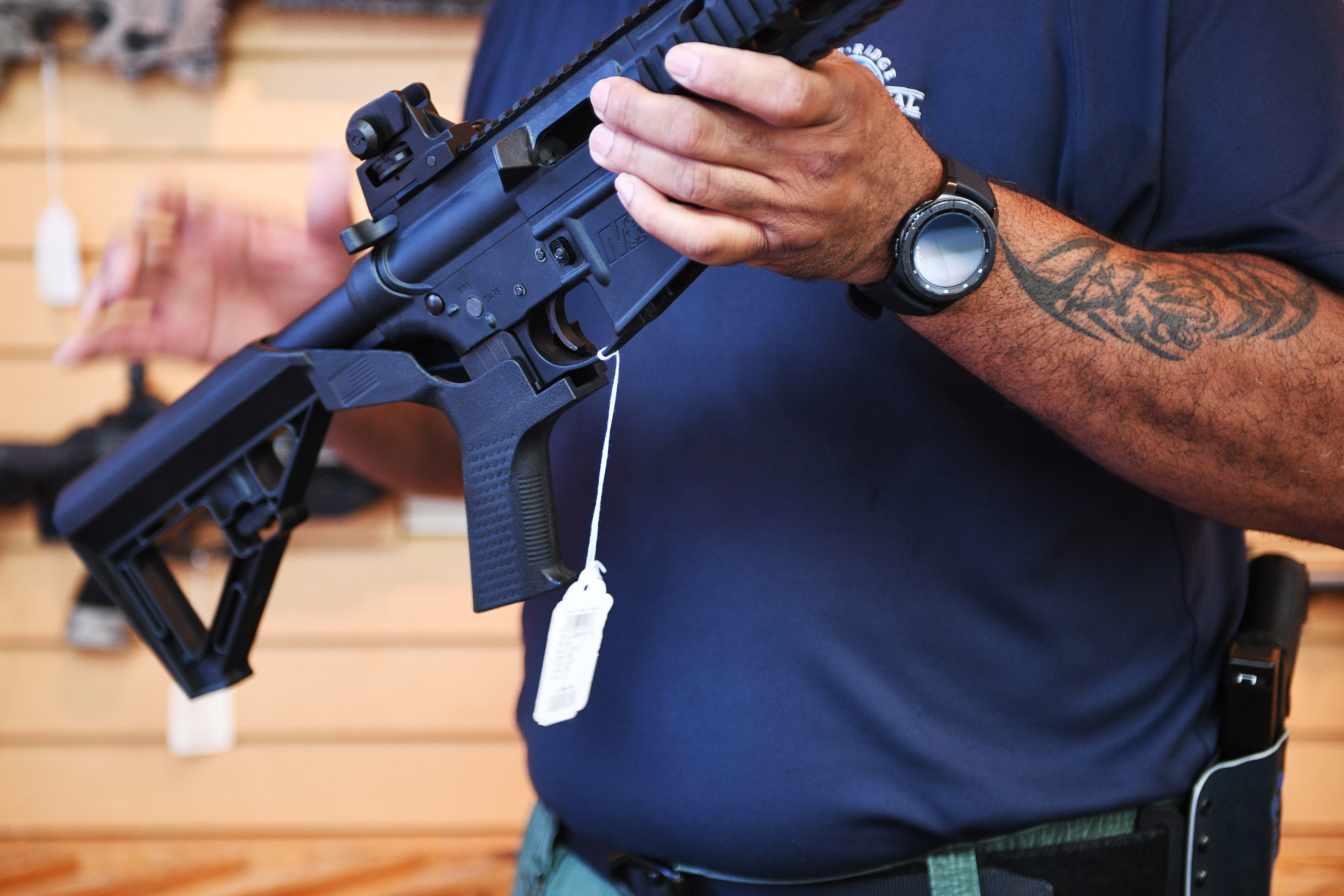 Senior Sales Staff Mark Warner shows a bump stock installed on an AR-15 rifle at Blue Ridge Arsenal in Chantilly, Virgina.Jim Watson | AFP | Getty ImagesColt will suspend production of AR-15 rifles for civilian sales, saying there’s an “adequate supply” of the high-powered weapons already in the market, the famed gun manufacturer said Thursday.The gun-maker, based in West Hartford, Connecticut, said its decision is purely market-driven and made no mention of any public pressure over the AR-15’s use in several mass shootings in the United States.”The fact of the matter is that over the last few years, the market for modern sporting rifles has experienced significant excess manufacturing capacity,” Colt President and CEO Dennis Veilleux said in a statement.”Given this level of manufacturing capacity, we believe there is adequate supply for modern sporting rifles for the foreseeable future.”Veilleux said his company will continue to make and sell AR-15s for “our warfighters and law enforcement personnel” who “continue to demand Colt rifles and we are fortunate enough to have been awarded significant military and law enforcement contracts.”Curbing access to AR-15s and similar rifles has become a primary focus of gun control advocates and Democratic presidential candidate Beto O’Rourke definitively said last week he wants those weapons out of circulation.”Hell yes, we’re going to take your AR-15, your AK-47,” the former congressman from Texas said at Thursday night’s Democratic primary debate. O’Rourke represented El Paso, where a gunman used a AK-47 to kill 22 people in August.O’Rourke mocked the National Rife Association Thursday. Shortly after the Colt announcement, the candidate retweeted an NRA statement from last week calling him the “AR-15 salesman of the month.”Colt holds the trademark to the name AR-15, having bought it from the original manufacturer, ArmaLite. But many other gunmakers produce similar AR-15-style semi-automatic rifles. The National Shooting Sports Foundation estimates there are now about 16 million AR-15s or similar models in the hands of American civilians.”It’s a very competitive market” for both buyers and sellers of the high-capacity weapon, said Mark Oliva, spokesman for the gun owners advocacy group.With so many makers of the AR-15, Oliva said Colt is probably making a wise business move to prioritize its military and law enforcement customers over civilian buyers.”They’re being good at what they need to be good at,” Oliva told NBC News on Thursday.Colt’s website still listed several AR-15 rifles on its sale page — but they were all listed as “out of stock.”The company insists it’s a “stout supporter of the Second Amendment” despite this move.