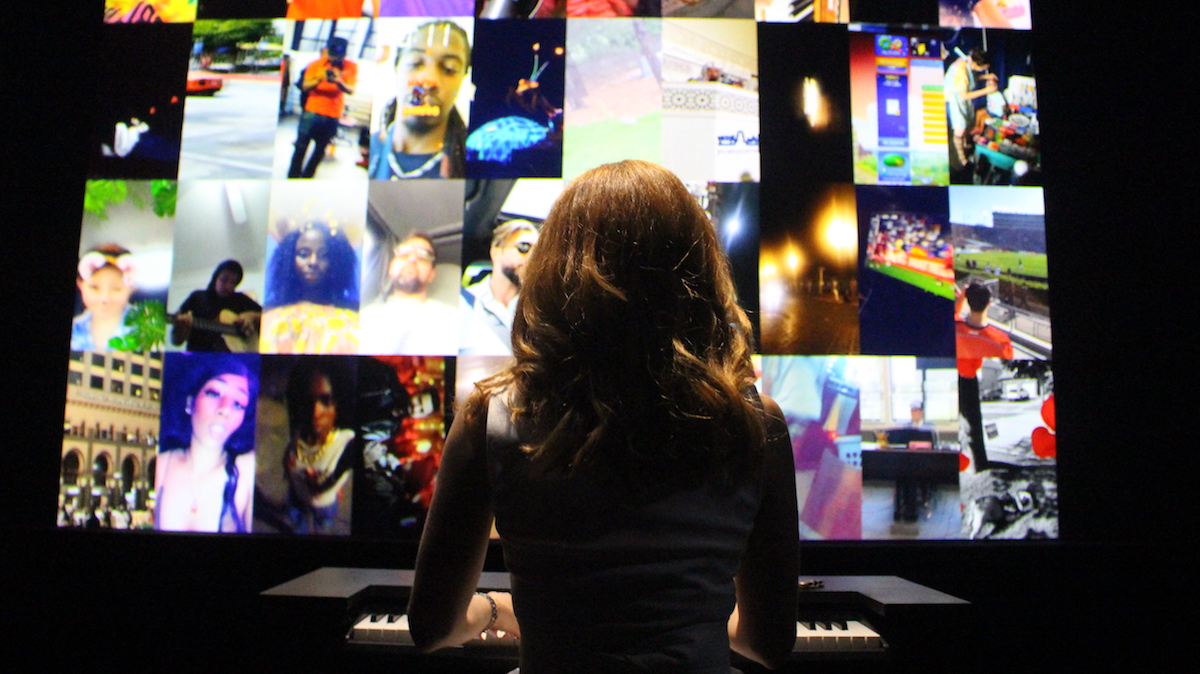 As part of its ongoing initiative to put on art-and-technology-minded exhibitions, the Los Angeles County Museum of Art will stage a version of artist Christian Marclay’s project “Sound Stories,” a five-work installation that makes use of the sounds and look of Snapchat. Produced in collaboration with Snap Inc., the Santa Monica–based company that owns Snapchat, the project previously appeared at the Centre d’Art la Malmaison in Cannes, France, and is now making its U.S. debut in a presentation that opens on August 25 and runs through October 14.

Marclay is perhaps best known for his film The Clock (2010), a 24-hour work constructed entirely from footage appropriated from movies featuring images of time-telling devices. (The work is in LACMA’s collection.) But Rita González, a LACMA curator and the newly appointed head of the museum’s contemporary art department, said that much of Marclay’s work is sound-related, and his new exhibition will shed a new light on this part of his oeuvre.

Gonzalez, who is overseeing the LACMA presentation of “Sound Stories,” told ARTnews that the project may seem to be outside Marclay’s wheelhouse. “He’s not really a tech innovator,” she said, “or even someone who’s interested in communicating with net-based art, let’s say, or post-internet art.” Through a reliance on sound effects, though, the work in “Sound Stories” shares affinities with some of Marclay’s other art, which often takes the form of room-size installations reliant upon video and audio elements.

Among the works to be included “Sound Stories” are All Together (2018), which features the sounds of 400 Snap posts arranged into a musical composition that plays on 10 smartphones, and Sound Tracks (2018), a soundscape constructed using Snapchat’s “Turtle Mode” feature, which allows users to slow down videos posted to the app.

For Gonzalez, these works, some of which are immersive, reflect our contemporary condition of “media overload.” The piece enlists “the mass audience as participants,” Gonzalez said, adding, “He’s really interested in the everyday images and sounds that we’re sharing on a platform like Snapchat…. It all becomes material for him to use compositionally.”