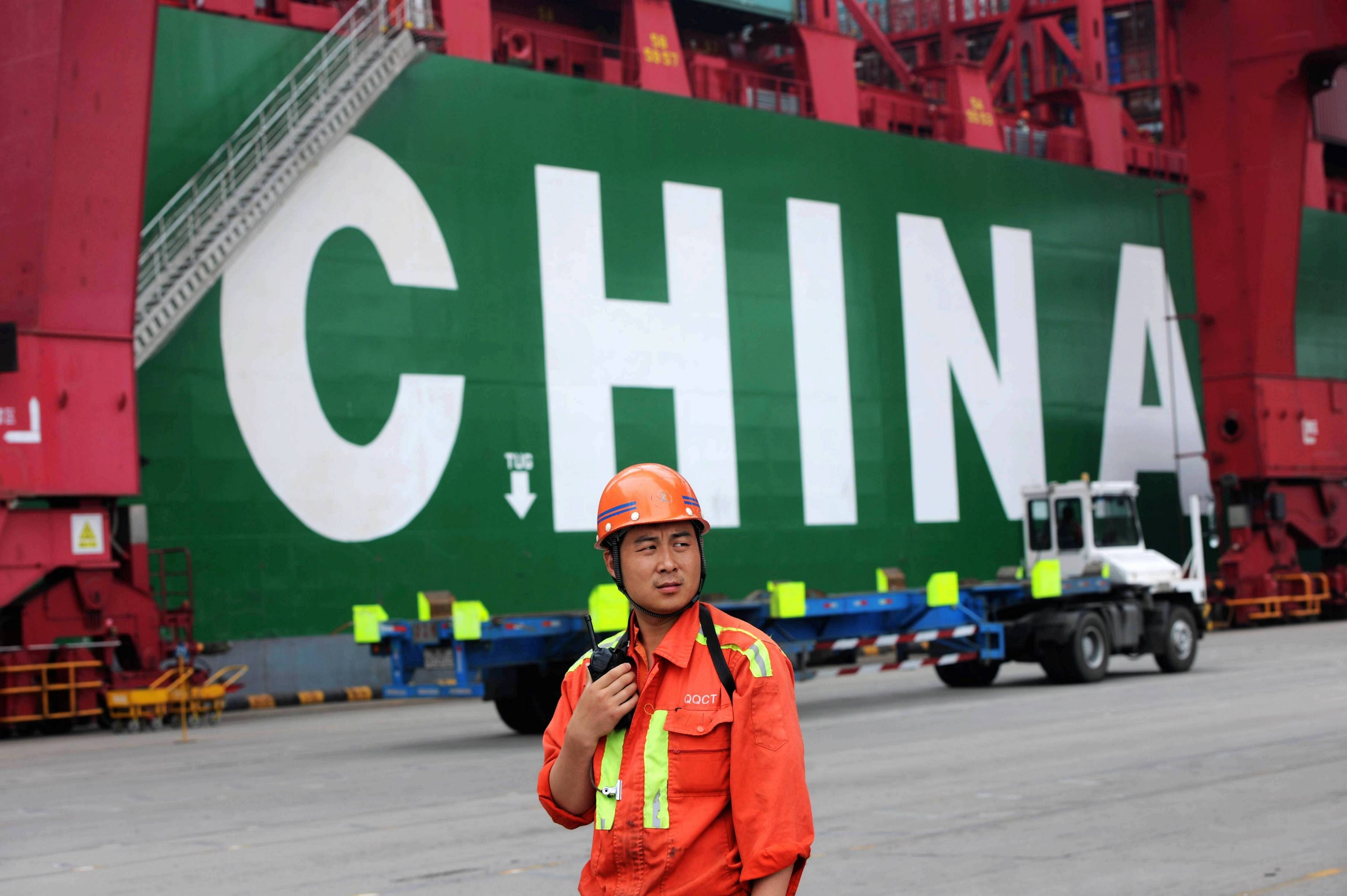 A docker works in front of a container ship at Qingdao Port in Qingdao, Shandong Province of China.

China’s dollar-denominated exports fell 1.3% in June from a year ago while imports fell 7.3% in the same period, the country’s customs department reported on Friday.

Economists polled by Reuters had expected China’s June exports to have declined 2% from a year ago, while imports were expected to have contracted 4.5% from a year earlier.

“Exports declined last month as a result of the step-up in U.S. tariffs in May and waning global demand,” said Julian Evans-Pritchard, senior China economist at Capital Economics, a consultancy. “Imports also weakened on the back of a renewed domestic slowdown,” he added in a note.

In May, exports inched up 1.1% year-on-year, while imports fell 8.5% during the same period. China’s May overall trade surplus was $41.65 billion.

The overall trade surplus in June, meanwhile, was $50.98 billion, higher than economists’ expectations of $44.65 billion in a Reuters poll.

June marked the first full month of higher U.S. tariffs on $200 billion of Chinese goods, which were implemented weeks earlier.

Trade frictions with the U.S. brought some pressure on China’s trade but its impact was manageable, the customs spokesman said, Reuters reported.

Friday’s data from Beijing came after U.S. President Donald Trump and Chinese President Xi Jinping agreed at the Group of 20 summit in Japan that they would not, in the near term, implement any more tariffs against each other’s countries.

However, the two economic giants remain at an impasse in their trade dispute, prompting fears of an economic slowdown globally due to the disruption in supply chains.

The fallout from the trade fight appeared to be playing out at American ports. The Los Angeles and Long Beach port complex in the U.S., the nation’s busiest and the No. 1 for ocean trade with China, handled 5.1% fewer inbound containers of cargo in June, as the trade standoff between Washington and Beijing disrupted global supply chains, Reuters reported on Thursday.

Data from other parts of the world are also not encouraging.

On Friday, Singapore — a trading hub and export-reliant economy seen as an bellwether for global growth — reported that preliminary data showed its GDP shrank 3.4% in the April-June period from the previous quarter on an annualized and seasonally adjusted basis. That was the biggest quarterly contraction in nearly seven years and off economists’ expectations of 0.1% quarterly growth.

“Headwinds to trade are likely to intensify in the coming quarters,” wrote Evans-Pritchard. However, global growth is unlikely to bottom out until 2020, he said.

“And while the truce reached between Trump and Xi at the G20 late last month removes the immediate threat of further U.S. tariffs, our base case remains that trade talks will break down again before long,” Evans-Pritchard added.