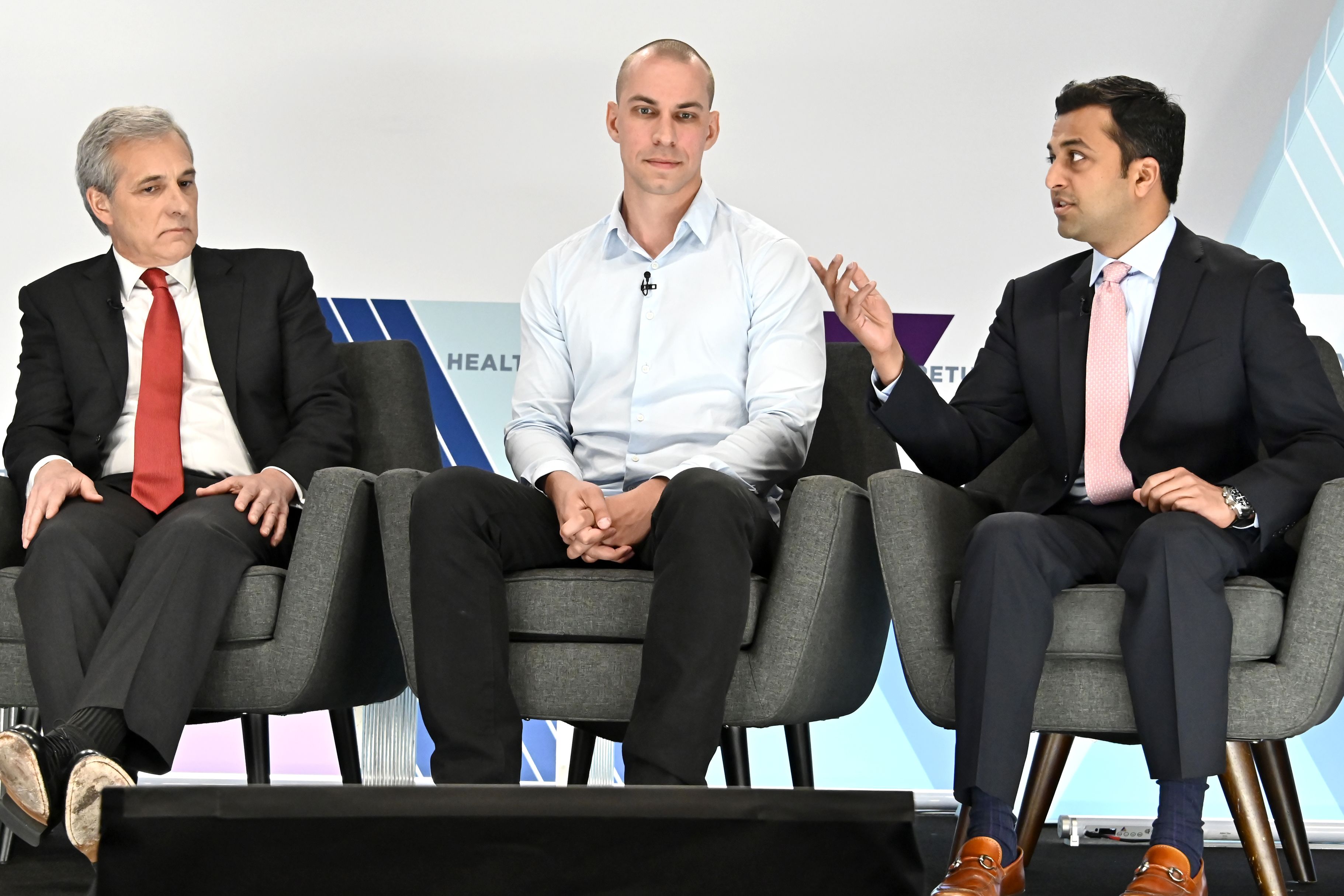 Dr. William Hurlbut, Paul Dabrowski and Dr. Samarth Kulkarni during a panel discussion ” Genetics, CRISPR and Medical Ethics” at the CNBC Healthy Returns conference in New York on May 21, 2019.

After a Chinese scientist last year made history by using CRISPR technology to genetically modify two newborns, the scientific community is now struggling to grapple with the ethics of human germline editing as another woman pregnant with a gene-edited baby is soon due to give birth.

“We as a species need to come to terms with this,” Dr. William Hurlbut, a senior research scholar in neurobiology at Stanford Medical School, said Tuesday at CNBC’s Healthy Returns conference in New York. “For the first time in the history of life, we can effect the future of our evolution.”

CRISPR-Cas9 is a gene editing tool that has been touted as breakthrough technology that can help scientists treat or maybe even cure genetic diseases. The technology gives researchers the ability to change an organism’s DNA, so they can add remove or change certain genetic material.

Though the technology has been praised for its potential to cure diseases, it has raised serious ethical questions among the scientific community in regards to embryonic DNA editing.

When Chinese scientist He Jiankui claimed in 2018 to have helped create the first gene-edited babies — a set of twin girls born with DNA altered by He — it drew the ire from scientists around the globe. They cited concerns of passing DNA changes down to future generations and harming other genes. He said that he edited the CCR5 gene in the babies to prevent them from potentially becoming infected with HIV in the future.

A third baby with an edited CCR5 gene is due to be born this year.

Gottlieb said he has yet to see any compelling arguments in favor of human germline editing.

Paul Dabrowski, CEO of Synthego, a genome engineering company, agreed the scientific community is not yet ready for germline editing. He wondered whether allowing parents to choose to genetically alter their future children can be ethical if they’re not the one who is having their DNA changed.

Stanford’s Hurlbut said there are risks to editing DNA, as those traits can then be passed down to future generations. Editing certain genes can also cause changes in other genes, according to Hurlbut.

“We want to be very careful, nature is a profound balance and if we intervene in a way that is not profound we can upset things,” Hurlbut said.

Dr. Samarth Kulkarni, CEO of CRISPR Therapeutics, said Tuesday that what He did was “a bit unfortunate.”

“I think on many levels the science is not there to support germline editing yet, ” Kulkarni said.

Dr. Samarth Kulkarni during a panel discussion ” Genetics, CRISPR and Medical Ethics” at the CNBC Healthy Returns conference in New York on May 21, 2019.

Kulkarni said the “only silver lining of this unfortunate incident” is that it brought attention to the other advancements scientists are making with gene editing technology. CRISPR Therapeutics announced in February that it treated a patient for sickle cell disease with gene-edited hematopoietic stem cell therapy. The company also wants to use the technology to potentially treat cancer patients.

Though the scientific community agrees now is not yet the time for genetic embryonic editing, the future for CRISPR technology is bright, according to Dabrowski and Kulkarni.

The CEOs said the technology has the potential to cure hundreds of genetic disorders in their lifetime.

“CRISPR is here to stay…” Kulkarni said. “The technology itself will become a mainstay.”

Medicare for All is Dem equivalent of repeal replace
The US ‘changes its mind so often’
To Top
error: Content is protected !!