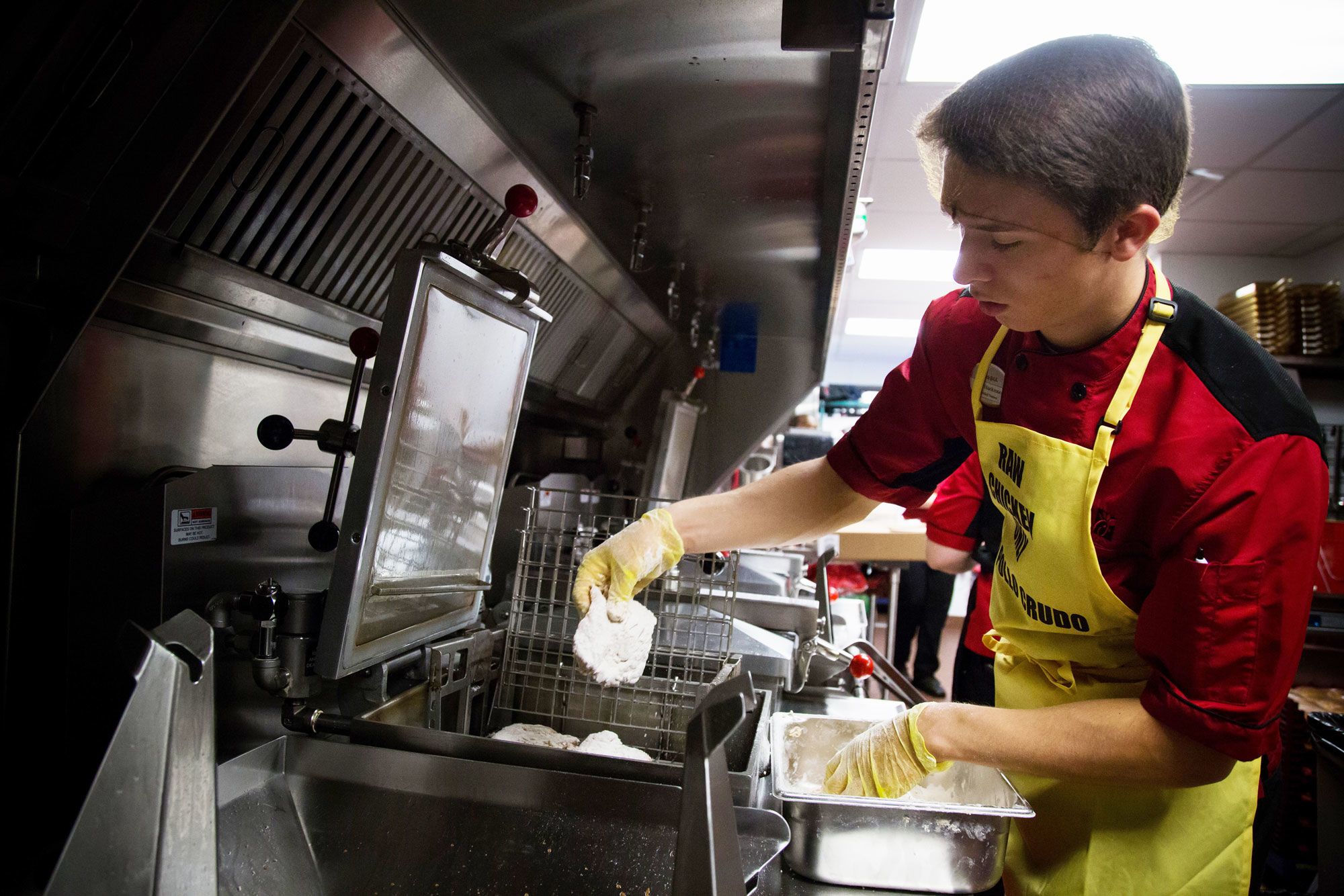 A cook at a Chick-fil-A restaurant in New York

But the Atlanta-based company is mulling over adding vegan options — including meat substitutes — to its menu.

Business Insider first reported the news. The company is still in “the early stages of understanding” a possible menu addition, the company confirmed to CNBC. Compared to other fast food chains, Chick-fil-A has a relatively short menu with few limited-time items.

Chick-fil-A’s chicken-heavy menu currently does not have any vegan entree options.

If the chain does add a meatless entree, it would join the likes of Burger King, Taco Bell and Chipotle Mexican Grill. Others also are considering adding plant-based meat substitutes.

McDonald’s sells veggie burgers in several markets outside of the U.S. but has yet to bring one stateside.

“I certainly know our teams are paying close attention and discussing this amongst each other and with some of the options that are out there,” McDonald’s CEO Steve Easterbrook told analysts on the first-quarter conference call. “So maybe more to come but nothing much to say about it at the moment.”

The rise of two start-ups that make plant-based meat substitutes, Impossible Foods and Beyond Meat, have made adding vegetarian alternatives more attractive for restaurants. Both companies make products that more closely resemble meat than previous iterations of the veggie burger.

Their expansion comes at a time when the U.S. market for meat substitutes is growing. In 2018, it was $1.44 billion but Euromonitor International is forecasting that number reaches $2.5 billion by 2023.

Impossible Foods announced Monday that it has raised an additional $300 million in funding. The news follows Beyond Meat’s initial public offering earlier May 2. Shares of the maker of the Beyond Burger have surged 174% so far.

Facebook raises minimum wage to $20 for contractors in top markets
Our family business, like others, pays Trump’s tariffs, not China
To Top
error: Content is protected !!