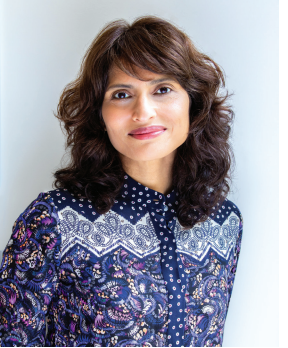 The Studio Museum in Harlem has named Chakshu Patel director of institutional advancement. In her new role, which she will take up on June 17, Patel will handle the museum’s capital and annual fund-raising initiatives, along with its strategic direction and management responsibilities. She most recently served as vice president in the strategy office of the Planned Parenthood Federation of America.

In a statement, Patel said that in her new position, she hoped to “further solidify the Museum’s place as a premier center for contemporary artists of African descent, locally, nationally and globally.”

Patel joins the museum as construction commences on its new building designed by Adjaye Associates in collaboration with Cooper Robertson. The Studio Museum is expected to complete construction in the summer of 2021, and it announced in February that it would launch a partnership with the Museum of Modern Art and MoMA PS1, so that exhibitions could be held while the museum is closed.

Museum director and chief curator Thelma Golden said of Patel’s appointment, “I know the passion she brings to her work at the Studio Museum will be as important to us as her broad institutional perspective and her diverse, extensive experience, which has encompassed development, management, program design, and strategy.”