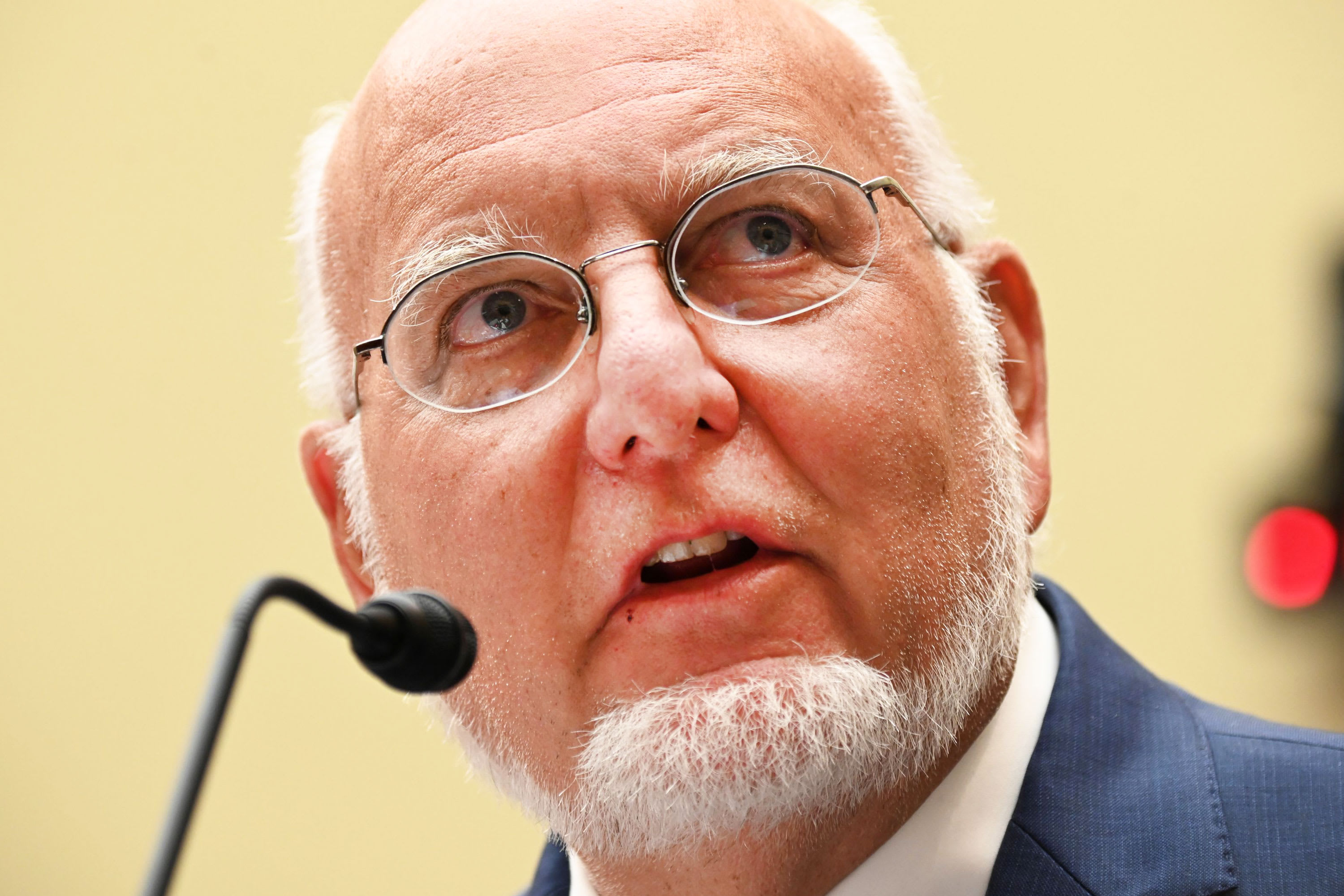 Director of the Centers for Disease Control and Prevention Dr. Robert Redfield pointed Friday to a new study published by his agency as evidence that there is a way to safely reopen child-care centers and schools despite the coronavirus pandemic.The study that Redfield cited looked at confirmed and probable Covid-19 infections linked to child-care centers in Rhode Island between June 1, when they were allowed to reopen with restrictions amid declining spread, and June 31. By July 31, 666 child-care facilities were allowed to reopen across the state with capacity for 18,945 children, the study said. However, the study did not say how many children and staff were actually in the facilities during the time frame. Cases were found in 29 facilities, 20 of which had just one case with no onward spread, according to investigations by the Rhode Island Department of Health.The study attributed the smaller caseloads in Rhode Island’s child-care centers to the low level of spread across the state, compared with other parts of the country, and adherence to state-issued public health protocol. However, the study did acknowledge the “substantial” impact caused by Covid-19 on child-care programs, which resulted in 853 children and staff being quarantined.”So I think this is an inspiring article to tell individuals that there is a path where one can use or partner with their public health authorities and safely get these child-care programs reopened,” he said on a conference call with reporters to discuss the study. “And as an extension, is we’re trying to get these schools reopened.”Overall, the study found that 52 children and adults were infected and associated with one of the child-care facilities. However, the study acknowledged that “case ascertainment among children is challenging, given high rates of asymptomatic infection or mild disease,” adding that “infections were likely undetected.”All facilities where a symptomatic person was identified were required to close for 14 days or until the symptomatic person tested negative for Covid-19, according to the study. It adds that the state’s Department of Health quarantined and monitored contacts during that time.”It just provides data that when things are done with vigilance, in partnership with the public health community, that you can in fact … be able to reopen child care and not have significant secondary transmission,” Redfield said. Some of the state protocols that CDC officials said helped to mitigate spread in the Rhode Island facilities included mask wearing by adults; daily symptom screening for children and adults; contact tracing when cases did occur; and the separation of students into groups, which prohibited the mixing of students and staff between groups. The study did identify four facilities that experienced secondary transmission, but the authors wrote that “epidemiologic investigation identified lack of adherence” to state protocol in those facilities.Redfield’s comments come as many schools and universities across the country are reopening for in-person classes or a hybrid approach of in-person and virtual learning. Some school districts have reported rapidly rising Covid-19 cases among students. And at least three universities across the country have reversed course on their plans to hold in-person classes for the semester amid outbreaks among students in the first weeks of class. “I really do believe strongly that it’s in the public health interest to get the K through 12s back to face-to-face learning and we just have to work collectively to do that in a safe and sensible way,” Redfield added. “One school, one jurisdiction, one family at a time.”Despite the recent outbreaks on some campuses and cases associated with some school districts, Redfield said that if a “proactive” public health approach is taken and schools are reopened in the appropriate context of low spread, schools can safely reopen. He added that the “majority of our nation,” county by county, is in the “green zone,” meaning that fewer than 5% of all tests come back positive on a given day, which could indicate the virus is under control.Erin Sauber-Schatz, who currently serves as the CDC’s lead of the community interventions and critical populations task force, echoed Redfield’s point that there is a path to safely reopening schools and child-care centers.”We have seen in the United States, as well as in other countries, that schools are able to open safely in communities with low transmission,” she said on the call. “It’s more of a challenge in communities that have more widespread transmission.”Both Redfield and Sauber-Schatz called on Americans to comply with public health guidance to bring down the spread of Covid-19 and enable communities to safely reopen schools.