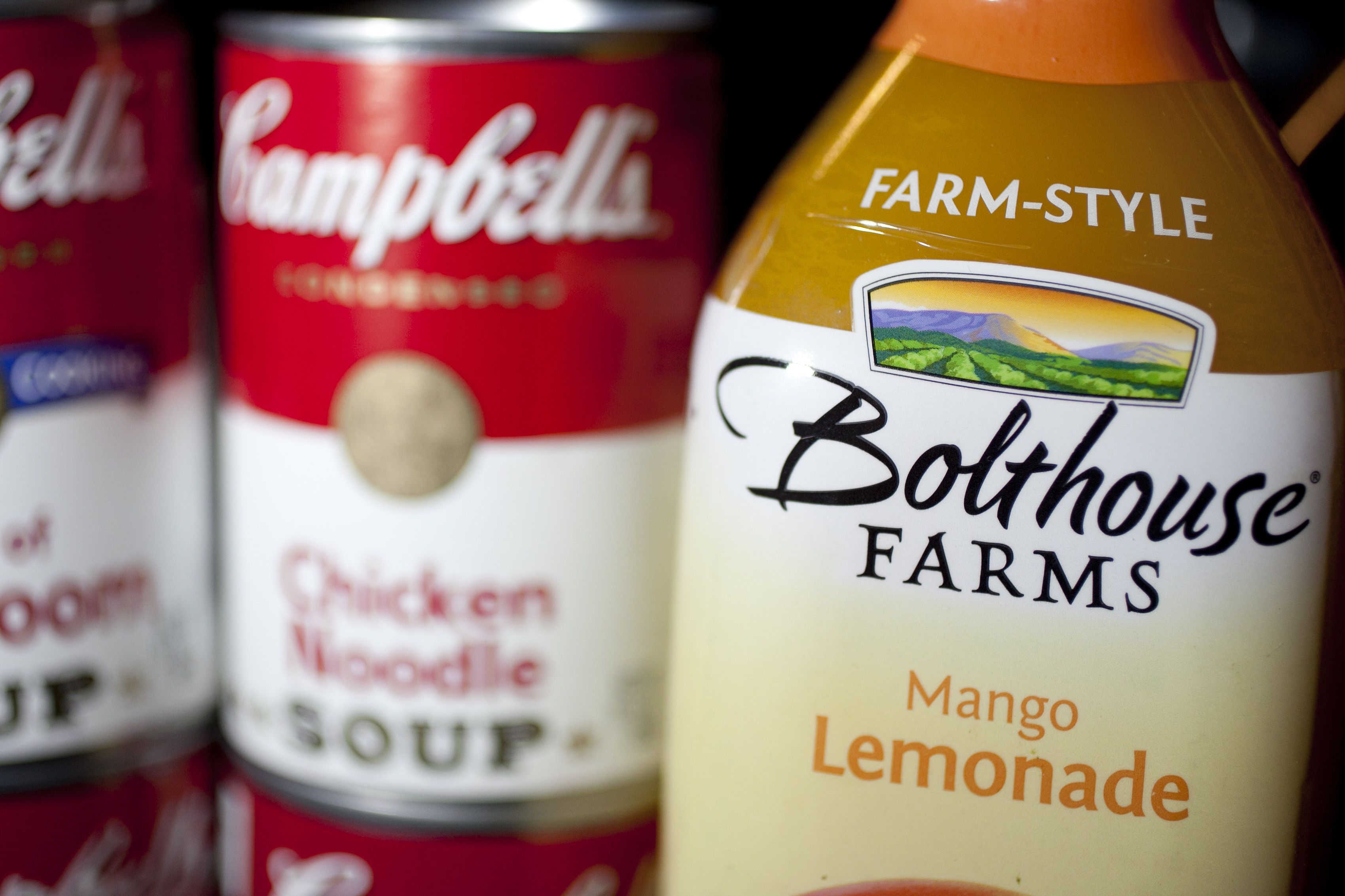 Cans of Campbell’s soup are displayed on a shelf at a grocery store on June 05, 2019 in Richmond, California.

“Soup is our middle name,” Mark Clouse, CEO of Campbell Soup Company, reminded the audience during the company’s investor day on Thursday.

And the company plans on reviving its namesake.

Clouse started his tenure as CEO in January after a run in the same position at Pinnacle Foods. He came on as the company was under pressure from activist firm Third Point, which had lambasted Campbell for a string of quarterly misses. Part of Clouse’s mandate has been to revive its soup business, which has contributed to Campbell’s weak performance.

Some of the business has already shown signs of improvement. Shares of Campbell are up 29% year-to-date, giving it a market capitalization of $12.8 billion, boosted in part by sales in its Pepperidge Farms snacking business.

Still, sales of soup, which are roughly a quarter of Campbell’s annual sales, continue to lag. Many of its soup products are condensed, off-trend with today’s health-focused consumers. Sales of Campbell’s soup have fallen 4% over the past year, according to Nielsen. Falling soup sales over the past few years has led to declining clout with retail giants like Walmart.

Clouse is looking to change that. He listed a number of new innovations the company is planning, many of which will aim to take advantage of recent trends in wellness.

It’s not the can

Campbell will launch a “plant-based cooking platform” that will offers plant-based products that people can use to cook.

The company is also looking to revive its mainstays that have lost traction with the younger generation. The problem with its iconic product, said Clouse, does not lie in the can that artist Andy Warhol once made famous.

“The issue is more about what’s inside the can than the can itself,” he said.

Its Chicken Noodle soup will have more chicken meat, fresh noodles and no added preservatives. The presentation also highlighted that its Cream of Mushroom has fresh cream and its Cream of Tomato has six tomatoes in every can.

Clouse has a track record of reviving old products. During his time as CEO of Birds Eye-owner Pinnacle, the frozen food industry underwent a resurgence, as millennials began to view the product as healthy. Pinnacle was acquired by Conagra last year.

Without disclosing a specific amount, Clouse said Campbell will increase its research and development spending in soup by 50%. It also plans to revive its V-8 drinks, emphasizing single-serve options and new flavors.

Clouse also addressed the yet-to-be completed sale of its Australian Arnott’s biscuit business. Campbell put Arnott’s and its fresh food brands up for sale last year to help pay down debt left in the wake its $6.2 billion purchase of pretzel and chip company Snyder’s-Lance. CNBC reported earlier this month that Mondelez, long viewed as a front-runner to buy the brands, had dropped its pursuit.

Clouse said the company “remains committed” to the process, though will be disciplined relative to value. Should it not sell Arnott’s, though, the company will manage its international business as a separate division. He later noted that not selling Arnott’s would not limit its ability to cut debt longer term.

WATCH: How Campbell Soup fell off its perch