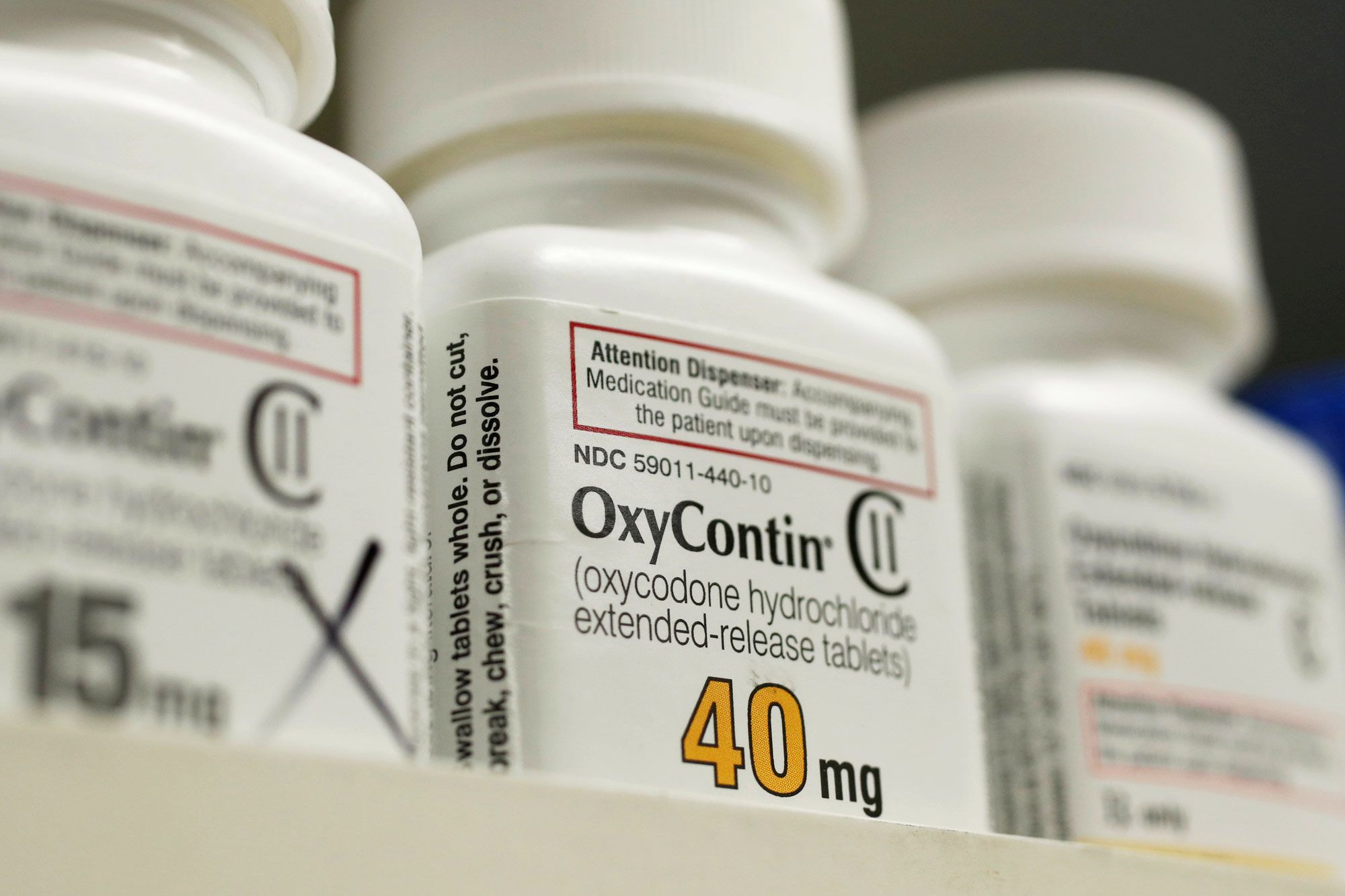 Bottles of prescription painkiller OxyContin made by Purdue Pharma LP sit on a shelf at a local pharmacy in Provo, Utah, April 25, 2017.

California on Monday became the latest state to sue the pharmaceutical company behind the painkiller OxyContin, alleging it falsely promoted the drug as not addictive even as it emerged as one of the most widely abused in the U.S.

“Purdue and the Sacklers traded the health and well-being of Californians for profit and created an unprecedented national public health crisis in the process,” Becerra said at a news conference. “We will hold them accountable.”

America’s most populous state is the latest to file a lawsuit against Purdue Pharma as the country grapples with a rising number of fatal drug overdoses linked to opioids.

Maine also sued Purdue Pharma and members of the Sackler family on Monday, alleging they committed unfair and deceptive business practices in violation of the Maine Unfair Trade Practices Act.

Opioids were involved in more than 47,000 fatal overdoses during 2017 alone, the Centers for Disease Control and Prevention said.

Purdue and other opioid manufacturers are facing lawsuits from state and local governments over the marketing and promotion of opioids.

In a statement Monday, Purdue Pharma and former directors of the company denied the allegations in the California lawsuit and vowed to defend against the “misleading attacks.”

It noted that OxyContin represents less than 2% of total opioid prescriptions and is still approved by the U.S. Food and Drug Administration for its intended use as a painkiller as prescribed by doctors and dispensed by pharmacists.

“The state is seeking to publicly vilify Purdue and its former directors while unfairly undermining the important work we have taken to address the opioid crisis,” the statement said.

Purdue stopped marketing OxyContin to doctors last year. It settled a lawsuit by the state of Oklahoma in March for $270 million.

The company previously said it is pursuing several options, including bankruptcy, which could upend pending litigation by state and local governments across the country.

At least a dozen other states have sued at least one member of the Sackler family over the toll of opioids.

Zoom is worth more than Pinterest after their IPOs