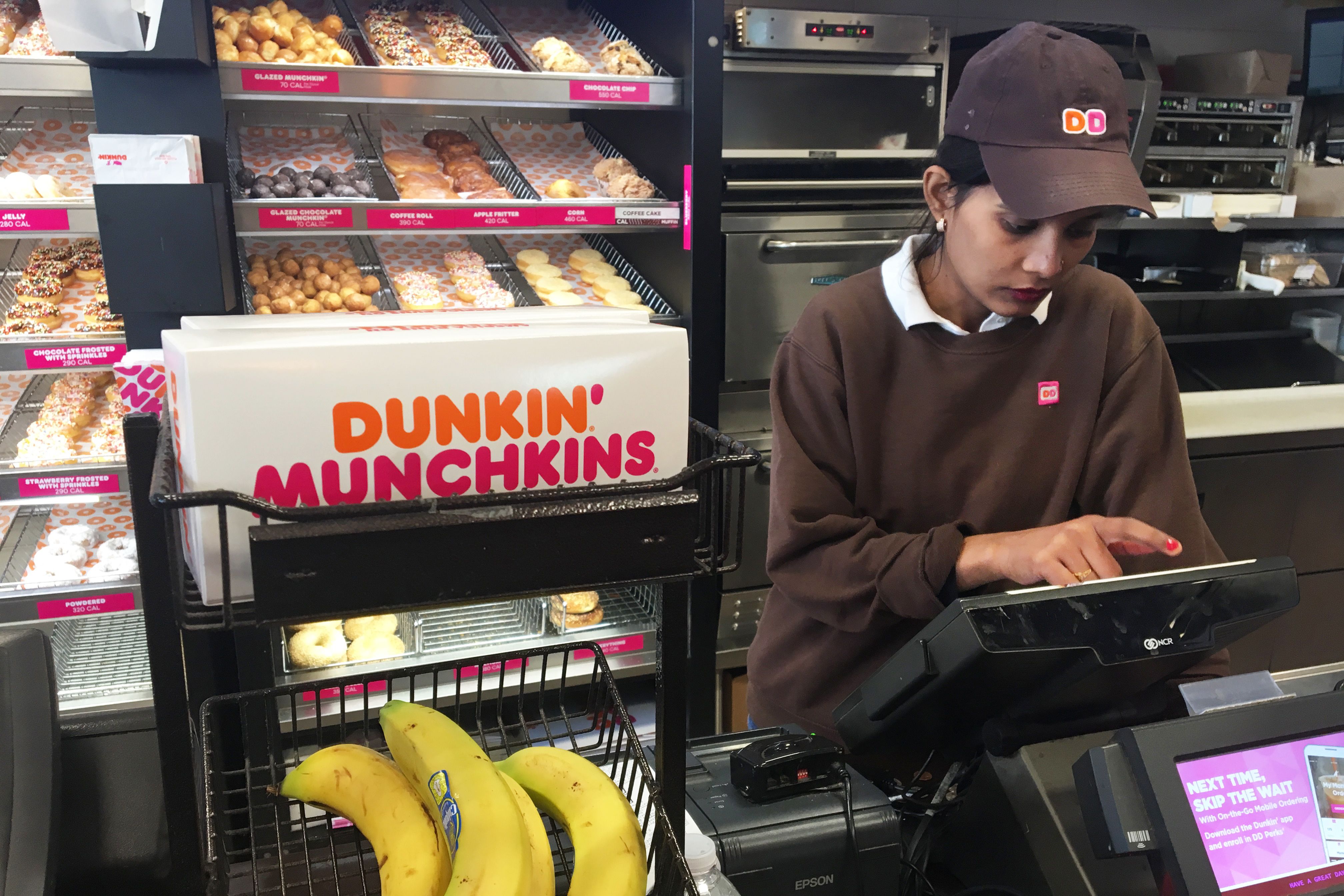 Bristol-Myers Squibb — The pharmaceutical company’s stock dropped more than 7% after Bristol announced its $74 billion acquisition of Celgene has been delayed until the end of the year or in early 2020. The two companies had said the deal would close in the third quarter of 2019. Bristol also reported disappointing phase 3 results for its liver cancer drug, CheckMate-459.

Dunkin’ Brands — The fast-food restaurant company’s stock increased 2% after analysts at Wedbush upgraded it to outperform from neutral. They cited improved sales growth due to successful operations and marketing.

Deere — Shares of farming equipment maker Deere rose 2% after Jefferies upgraded the stock to buy from hold and raised it price target to $190 from $150. The firm said that despite five years of depressed agriculture fundamentals and recent trade tensions threatening business, the farming cycle is turning and Deere is well positioned.

Electronic Arts — Shares of Electronic Arts rose 2.5% in after Stephens designated the stock a “best idea.” The second season of the gaming company’s Apex Legends is set to begin next month, and Stephens estimates the game could bring in $150 million in revenue. Stephens has a price target of $120 per share on EA, more than 20% above its current price.

United Technologies — United Technologies climbed 1.6% after Cowen upgraded the industrial company to outperform from market perform. Cowen cited potentially improving margins in United’s aerospace business and the proposed merger with Raytheon as reasons for the upgrade, writing: “UTX’s demonstrated ability to combine technologies in its integrated 787 electrical power/environmental control system win bolsters our confidence it can do the same with RTN.”

Hostess Brands — Hostess Brands ticked up 2.3% after a UBS analyst upgraded the snack company to buy from neutral. The analyst identified three reasons for the upgrade: accelerating sales trends, the recent acquisition of a Chicago Bakery facility and strong free cash flow growth.

Caesars Entertainment — Caesars shares surged 16.9% after the casino operator agreed to be bought out by Eldorado Resorts for $17.3 billion in cash and stock, including debt.

Star Wars Galaxy’s Edge is now open, but you aren’t guaranteed entry
Why Microsoft missed mobile and let Android get ahead
To Top
error: Content is protected !!