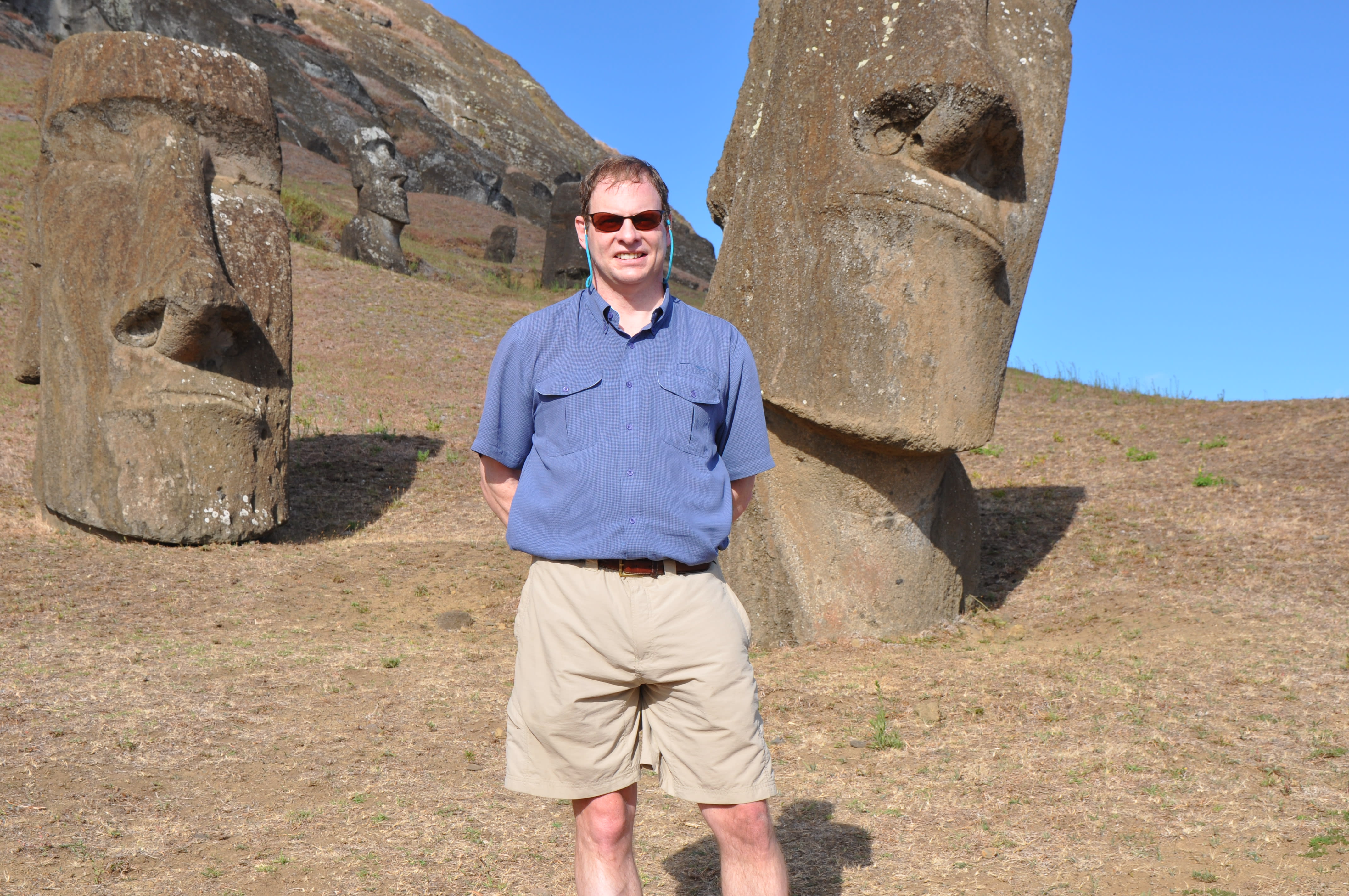 Brian Jacobs, founder of Moai Capital, in front of the moai statues on Easter Island.

Jacobs’s 24-year-old son is one of 3.5 million Americans living with autism spectrum disorder. Despite a computer science degree from the prestigious California Polytechnic State University (Cal Poly) and the perpetual demand for technical talent in the Bay Area, he struggled when it came to finding a job.

After interviews and job fairs, he just wasn’t getting called back.

“Interviewing for a job is the worst thing for anyone on the spectrum,” said Jacobs, who asked that we not publish his son’s name for privacy reasons. “His brain works differently. He has to think through things and has to process more information just to get to the same answer, so that affects his speech.”

Like so many successful tech investors, Jacobs sees opportunity in market inefficiencies. This month, he announced his departure from Emergence Capital, the firm he co-founded in 2003, to start Moai Capital with $10 million of personal money. On its website, Moai describes itself as “an autism friendly workplace,” and one of its themes is autism employment, which Jacobs puts in the category of “impact investing.”

But Jacobs isn’t expecting the kind of returns from impact investments that he experienced at Emergence, which generated billions of dollars from the IPOs of Zoom earlier this year and health-care software provider Veeva Systems in 2013.

“Traditional profit-driven VCs have not invested in these companies,” Jacobs said. “Impact investing is a new category. I’m learning new things. I’m seeing other like-minded investors making similar moves. I’ve learned a lot by talking to them but it also feel like we’re all venturing off into unproven territory.”

About one in 59 children is diagnosed with autism, according to the Centers for Disease Control and Prevention, and the numbers have been on the rise. Because autism affects communication and often makes ordinary social interactions particularly challenging, traditional businesses have to change how they interview, train and manage if they’re going to hire people on the spectrum.

There are compelling business reasons to make the effort. As Auticon, an IT consultancy backed by Jacobs, says on its website, people with autism tend to have certain cognitive advantages, like strong analytical abilities, “sustained concentration and perseverance when tasks are repetitive,” a sense of loyalty and attention to detail.

“There’s a huge employment gap for folks on the spectrum and that seemed like something I could have an impact on,” said Jacobs, who has spent the past six years on the board of the non-profit Autism Asperger Spectrum Coalition for Education, Networking and Development (AASCEND).

While Jacobs just officially launched Moai, whose name refers to the iconic hand-carved statues on Easter Island in the South Pacific Ocean, he started making some side investments over the last couple years in areas of more personal interest. Those have now become his main focus.

The three autism employment companies he’s backed are Auticon, founded in Germany; Daivergent, which develops work readiness and training programs for people on the spectrum; and Ultranauts, an IT services company looking to hire people with autism who thrive in remote working environments.

Moai participated in the $3.5 million financing round that Ultranauts announced in early August. The company has employees in 20 states providing the kind of work for large clients that puts it in competition with Capgemini and IBM. Three-quarters of its 60-plus-person staff are on the spectrum.

Rajesh Anandan and Arthur Shectman, two engineers from the Massachusetts Institute of Technology, founded the company in 2013. Anandan said he was drawn to the concept through conversations with his wife, who’d been a child psychologist and had a number of patients on the spectrum. She talked about a system in place that focuses on the challenges the so-called neurodiverse face rather than one that works to harness their innate skills.

“What if we focused on peoples’ strengths and redesigned the system so people are not penalized for being different?” Anandan said in an interview. “We’ve been able to prove we can build a team that includes colleagues who are on the spectrum who don’t have previous work experience in the field but are extremely capable, and groom that raw talent into skilled engineers.”

Anandan calls it a competitive advantage, not a charitable pursuit. At the same time it does create opportunities for financial independence for people on the spectrum and addresses a problem they face after age 21, when they’re generally no longer eligible to receive special government services.

Byran Dai, a data scientist and the CEO of Daivergent, has a 20-year-old brother on the spectrum. Dai said his younger sibling has some tech savvy, but the vocational programs available to him don’t take advantage of his abilities.

“I see my brother, he has an aptitude for computers but he’s stocking shelves at CVS,” said, Dai, who started Daivergent in 2017. “There’s a way to leverage the need and demand in AI and data science to bring folks into that population and start to upskill them.”

Daivergent’s employees provide technical and detail-oriented services to companies developing AI products. The start-up also has a work-readiness system to help the neurodiverse prepare for jobs and match them with companies looking to tap into the community.

One of the software systems Daivergent plugs into is SAP, which happens to be the same company that hired Jacobs’s son as a software developer last year. SAP launched its Autism at Work program in 2013 with a goal of employing 650 people on the spectrum by 2020. Jacobs said he’s been a longtime supporter of Jose Velasco, who runs the initiative, and that Microsoft, Salesforce and J.P. Morgan Chase are among companies that are learning what works as they put their own programs in place.

“They’re mostly learning from each other and figuring out how to adapt their hiring process, onboarding process and coaching process,” Jacobs said. “All these things you have to rethink, especially if you’re doing it at scale at a big company.”

WATCH: Imagine paying a college tuition for the rest of your child’s life