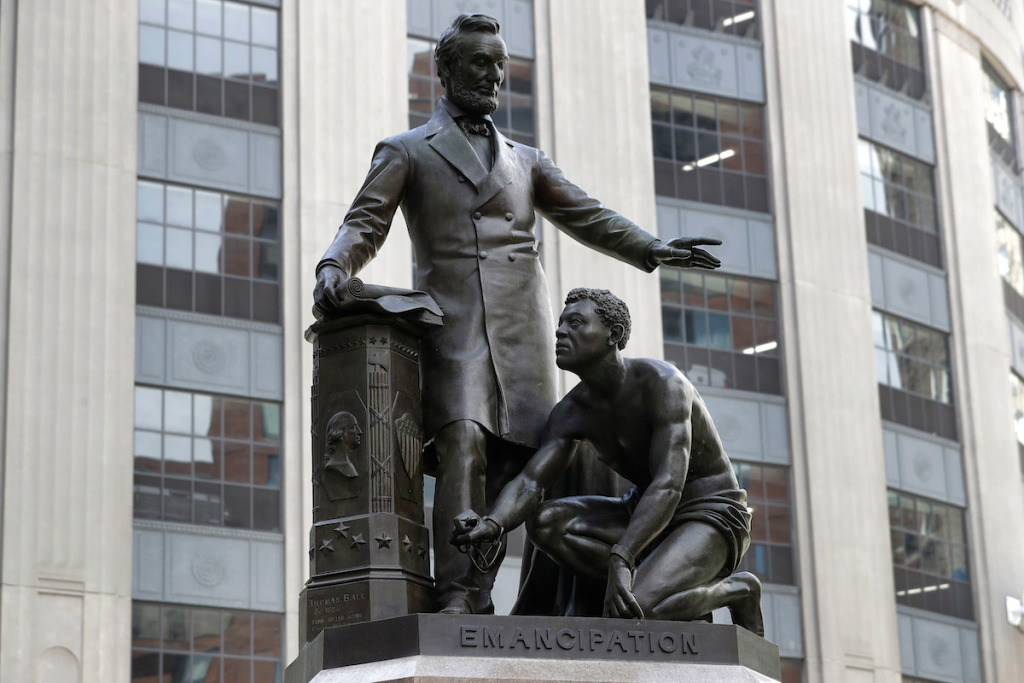 To receive Morning Links in your inbox every weekday, sign up for our Breakfast with ARTnews newsletter.
News
After it was smashed, a sculpture of Breonna Taylor that had been on view in Oakland, California, was stolen. [Los Angeles Times]
A statue of Abraham Lincoln with an emancipated slave at his feet in Boston has been removed amid an outcry. [Associated Press]
Zdenka Badovinac has been fired by the Slovenian government as the director of the Moderna Galerija in Ljubljana. [Artforum]
Market
How will the new Brexit deal impact the art market? Experts consider the way it will shift resale rights, VAT, and more. [The Art Newspaper]

A Chinese celadon vase way over-performed at auction, selling for £1.36 million. It had been estimated at £450. [The Daily Mail]
Museums
Ronald Lee Newman, formerly managing director for the August Wilson Center for African American Culture, has been named deputy director of the Carnegie Museums of Pittsburgh. [Pittsburgh Post-Gazette]
Laila Alfaddagh has been picked as the new director general of Saudi Arabia’s National Museum. [Arab News]Art & Artists
Spain’s culture minister now has until the end of January to negotiate a deal to keep Carmen Cervera’s collection, featuring modern masterpieces, in Madrid. [El País]
Indian art historians are preserving the underground paintings in the Ajanta Caves using nanotechnology as part of a larger conservation project. [South China Morning Post]