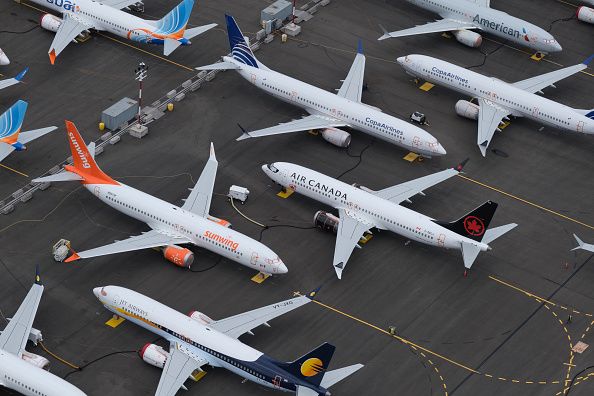 Boeing 737 MAX airplanes are stored in an area adjacent to Boeing Field, on June 27, 2019 in Seattle, Washington. After a pair of crashes, the 737 MAX has been grounded by the FAA and other aviation agencies since March, 13, 2019.

Boeing on Monday sought to reassure aircraft financing and leasing firms that it is working “tirelessly” to get its 737 Max planes back in the air following two fatal crashes that have removed its best-selling aircraft from service worldwide during the height of the summer travel season.

In a closed-door meeting at the Harold Pratt House, a mansion on Manhattan’s Upper East Side, Boeing executives outlined its planned changes to controversial software that was implicated in the two crashes, as well as updates to pilot training and fielded questions from lessors and others in aviation finance, according to invitations seen by CNBC and participants in the meeting.

The meeting comes as Boeing is trying to win back trust from the public and customers after the two crashes claimed 346 lives and prompted regulators worldwide to order airlines to ground the planes. The Chicago-based company has met with airlines and other customers around the world since the crashes. Aircraft lessors are big customers of Boeing and their trust is key to maintaining a healthy sales pipeline.

About a third of the more than 380 Boeing 737 Max jetliners that have been delivered are leased rather than owned, according to consulting firm ICF.

Airlines that bought the jets have scrambled to meet peak summer travel demand with fewer planes in their fleets and have canceled thousands of flights as a result.

Over the weekend, American Airlines joined United Airlines in removing the planes from their schedules through early November, the fourth time it’s delayed the planes’ projected return date. Once regulators approve the planes, airlines will have to train their pilots on the changes, which could take more than a month.

Boeing has said it expects to complete and hand over its fixes for the planes in September. Regulators have repeatedly said they have no firm timeline to recertify the planes, a point Boeing reiterated during the meeting, according to participants.

The delays will keep aircraft out of service as the busy Thanksgiving and Christmas holiday travel season approaches.

Since the grounding, now in its fifth month, Boeing has slashed production rates and paused deliveries of the aircraft. New orders of the planes have ground to a halt but Boeing has a backlog of more than 4,000 737 Max aircraft.

Boeing is scheduled to report second-quarter results on July 24.