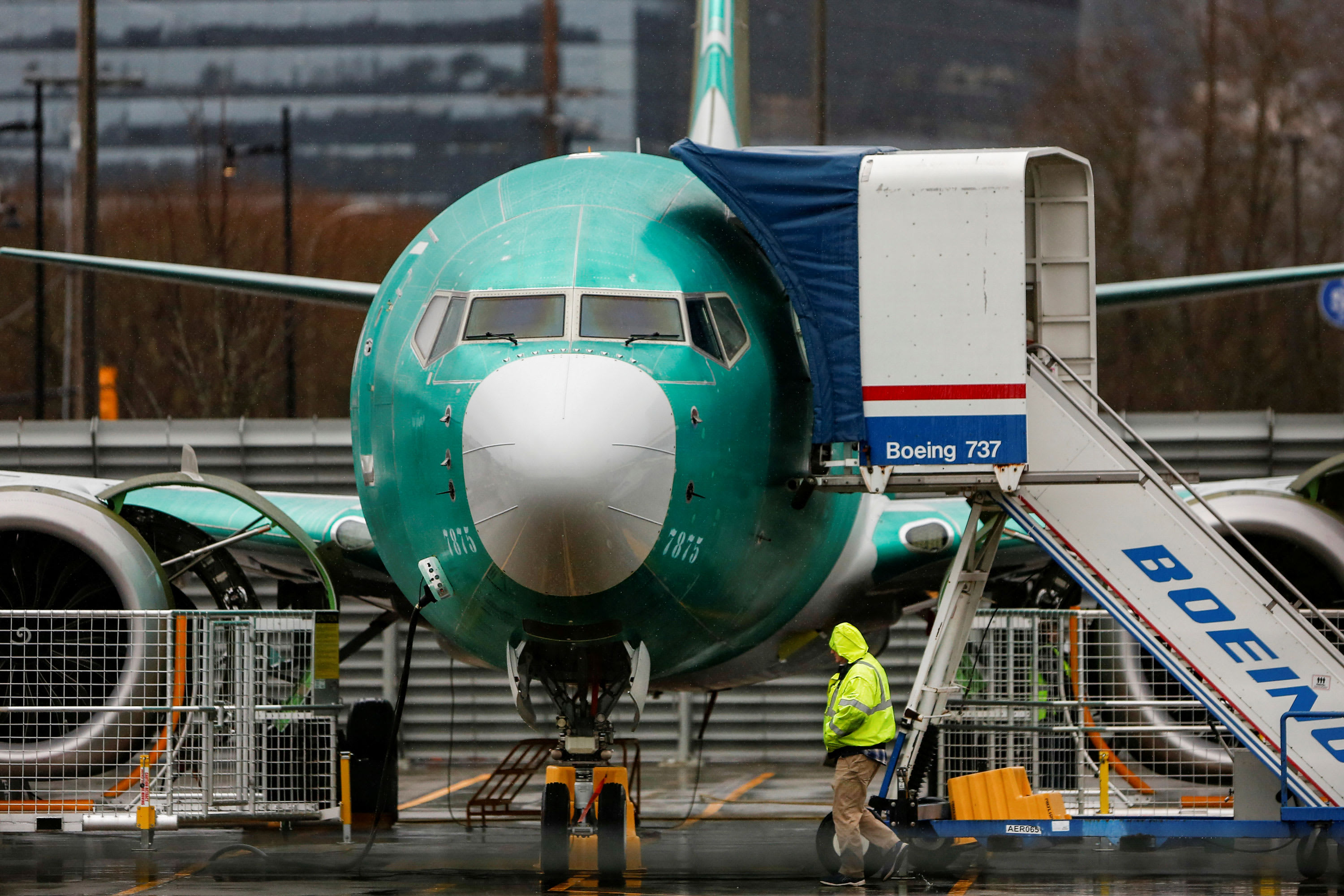 An employee walks past a Boeing 737 Max aircraft seen parked at the Renton Municipal Airport in Renton, Washington, January 10, 2020.Lindsey Wasson | ReutersBoeing on Tuesday reported more cancellations of its beleaguered 737 Max jets, just as regulators wrap up their review of the planes following two fatal crashes.The aircraft manufacturer is facing dual crises of the 737 Max grounding, now in its 20th month, and the coronavirus pandemic, which as devastated air travel and the market for new aircraft.Boeing customers canceled 12 orders for the 737 Max in October and the company posted no new ones. Including aircraft Boeing removed from its official backlog, its outstanding orders shrunk to 4,275 from 4,325 last month.The Federal Aviation Administration is wrapping up its evaluation of changes Boeing made to the planes after two 737 Max crashes killed 346 people and prompted a worldwide grounding of the jetliners in March 2019.That review will wrap up in the “coming days,” FAA Administrator Steve Dickson said in a statement late Monday. The process has been expected to finish in mid-November and an order to end the grounding would be followed by pilot training, which is expected to take weeks.”Even though we are near the finish line, I will lift the grounding order only after our safety experts are satisfied that the aircraft meets certification standards,” Dickson said.American Airlines has scheduled the planes to fly commercially at the end of December, the earliest of the U.S. carriers that have purchased them. The airline is also planning to allow customers to tour the planes and have its pilots and mechanics answer their questions in an effort to boost confidence in the jets, CNBC reported last month.Boeing said it delivered 13 aircraft to customers in October.