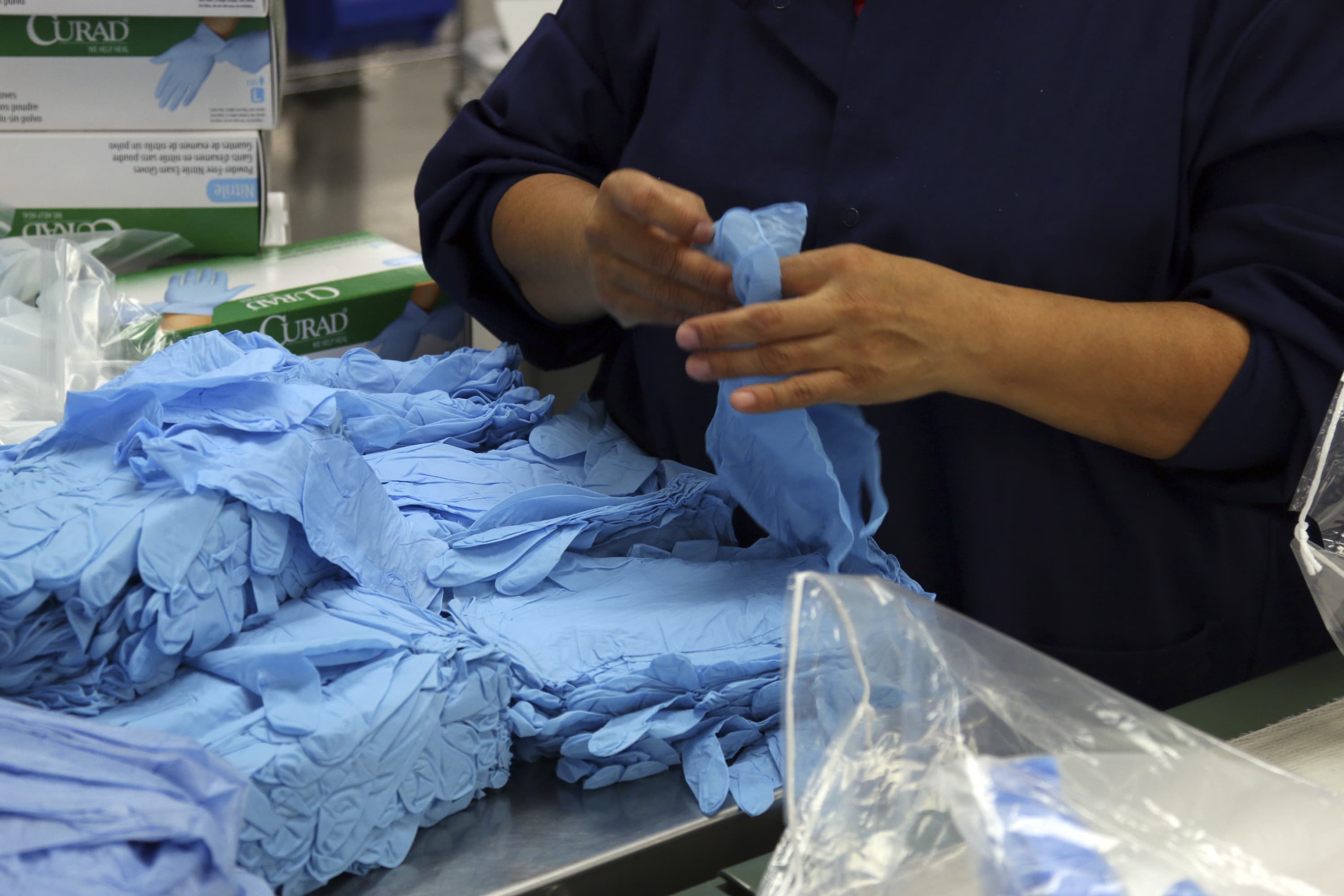 A worker at Medline Industries gathers exam gloves to include into Personal Protection Equipment (PPE) kits to be shipped out to various health facilities at their warehouse in Mundelein, Illinois, U.S., on Monday, Oct. 20, 2014. Photographer: Tim Boyle/Bloomberg via Getty ImagesBloomberg | Bloomberg | Getty ImagesA group of private equity firms, including Blackstone Group, Carlyle Group and Hellman & Friedman, agreed to buy a majority stake in medical supply manufacturer and distributor Medline Industries, the company announced Saturday. Medline, which had $17.5 billion in revenue last year, said it would use the investment to expand its product offerings and its business internationally. It did not disclose the financial terms of the deal, which is expected to be completed in late 2021.Earlier Saturday, The Wall Street Journal reported the parties were nearing a transaction that could value Medline at more than $30 billion, according to people familiar with the matter. The Northfield, Illinois, company said it will continue to be led by the Mills family, who will remain its largest single shareholder. Its management team also will remain in place. Medline was founded in 1910 by A.L. Mills, and now distributes medical supplies to more than 125 countries, according to the company’s website.”This investment from some of the world’s most experienced and successful private investment firms will enable us to accelerate that strategy while preserving the family-led culture that is core to our success,” said Charlie Mills, Medline CEO, in a release.

The risky thinking that will define the post-Covid consumer: Wharton psychology guru
Fauci’s 2,000 emails a day show how little U.S. officials knew in the early days of the Covid pandemic
To Top
error: Content is protected !!