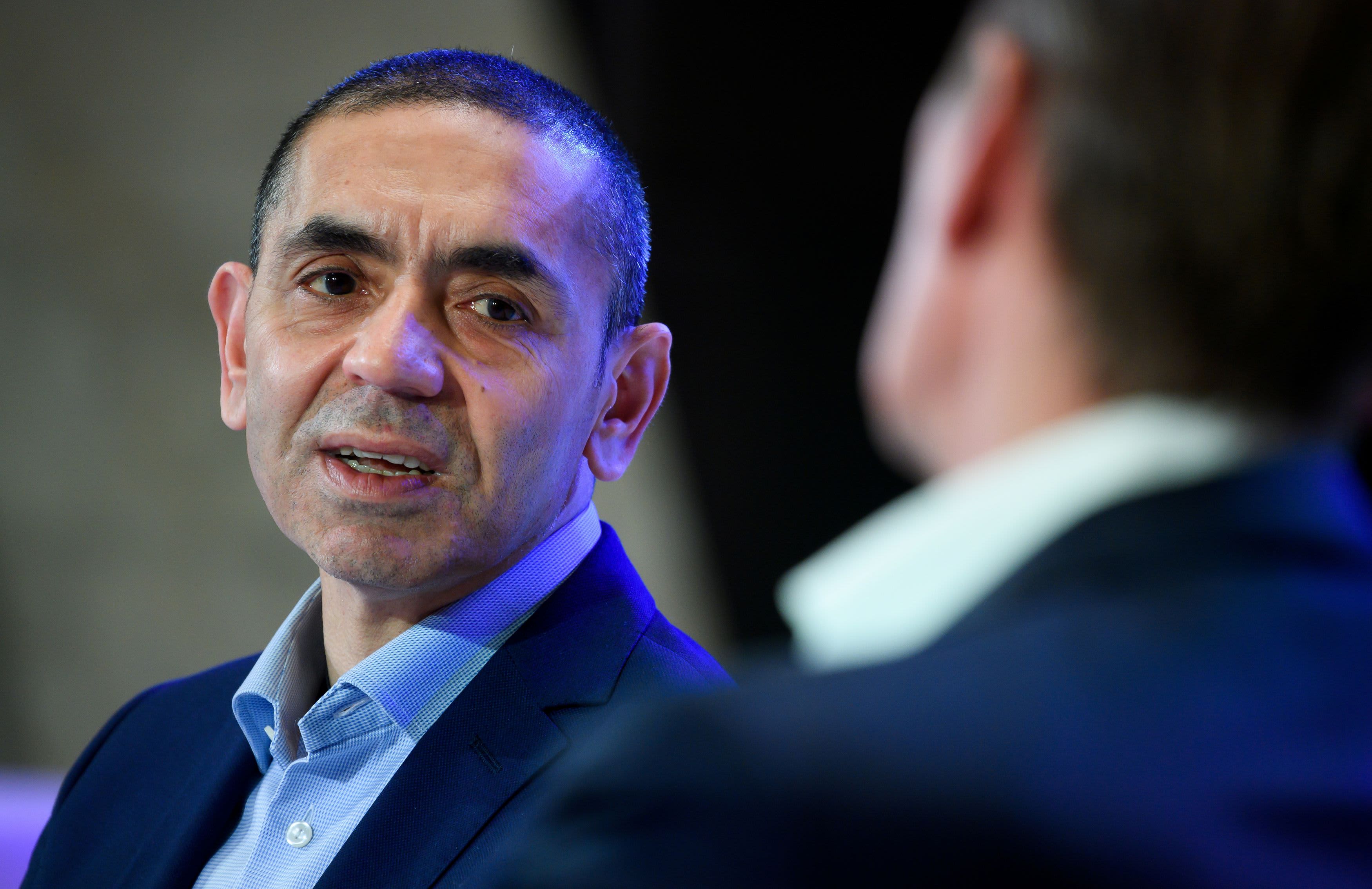 BioNTech CEO Ugur Sahin told CNBC on Thursday he is “confident” the company’s Covid-19 vaccine with U.S. partner Pfizer is effective against a coronavirus variant first identified in India.The strain, known as B.1.617, contains two key mutations that have been found separately in other coronavirus variants. The variant, also referred to as the “double mutant,” was first spotted in India where it’s thought by some to be behind a recent surge in new Covid-19 cases there.The variant has since been identified in other countries, including the United States.Sahin said the German drugmaker has tested its two-dose vaccine, which is currently not available in India, against similar “double mutants.” Based on those data, Sahin said he feels assured the shot will still be protective.”We are evaluating [the strain] … and the data will be available in the coming weeks,” he told CNBC.”However, we had similar double mutants in our prior testing and we are confident based on the data we had in the past that we might see a similar fashion of neutralization of this virus. But we will only know it if we have the data in our hands,” he added.In recent months, U.S. health officials have said they are concerned new, highly contagious variants of the virus might one day become skilled at evading the protection of currently authorized vaccines. They are urging Americans to get vaccinated as quickly as possible before new and potentially more dangerous variants emerge.Studies have shown the Pfizer-BioNTech vaccine is still protective against other strains, including B.1.526, the variant first identified in New York, and B.1.1.7, the variant found in the U.K.An Israeli study found B.1.351, the variant discovered in South Africa, was able to evade some of the protection of the Pfizer-BioNTech vaccine, though the shot remained highly effective.Even though the shot remains effective, Sahin said people will likely need a third shot of its two-dose Covid-19 vaccine as immunity against the virus wanes, agreeing with previous comments made by Pfizer CEO Albert Bourla and BioNTech chief medical officer Dr. Ozlem Tureci.In February, Pfizer and BioNTech said they were testing a third dose of their Covid-19 vaccine to better understand the immune response against new variants of the virus.Sahin said Thursday that researchers are seeing a decline in antibody responses against the virus after eight months.”If we provide a boost we could really amplify the antibody response even above the levels that we had at the beginning and that could give us real comfort for protection for at least 12 months, maybe 18 months, he said.