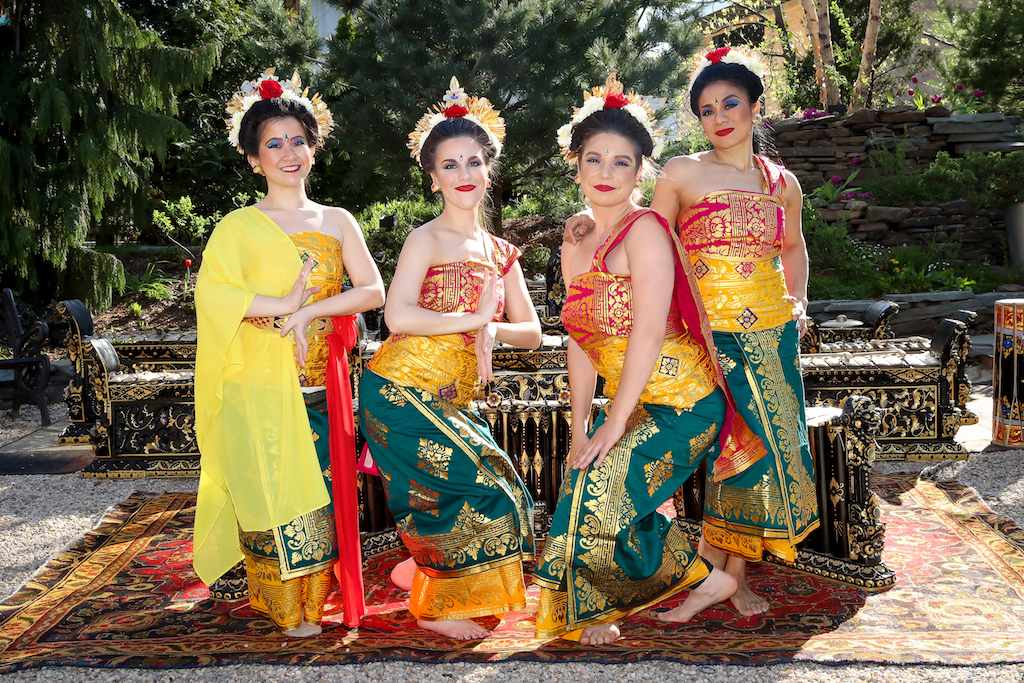 For a brief starry moment on Saturday in New York, the churning of the cosmos aligned to allow for the sight of artist Dustin yellow holding court with Mayor Bill de Blasio in a dreamy garden while a Balinese gamelan orchestra played. The night was set up for Yellin to shine, as the founder of the ambitious interdisciplinary Pioneer Works arts center, and de Blasio’s appearance—however brief it may have been—counted as a coup for the upstart enterprise in Red Hook, Brooklyn. 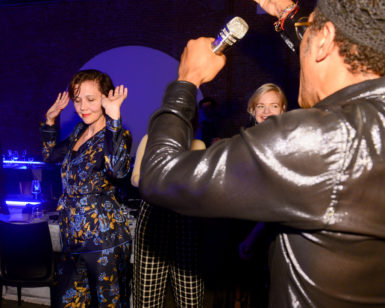 That Maxwell jumping off a stage to dance with Maggie Gyllenhaal while singing one of his sensuous R&B songs was not the night’s marquee moment is indicative of an annual gala benefit that tends to be more fun than most. And there were more that could have been contenders, like a magician named the Brooklyn Wizard (one of a few illusionists working their way covertly through the crowd over the course of the night) pulling cards and coins from the hands of startled partygoers. Or artist Mickalene Thomas voicing a tribute to James Bond (actor Pierce Brosnan, ever dashing, stood out among the attendees) while accepting this year’s Pioneer Works Visionary Award. Or a pianist playing Thelonious Monk next to a strobe light in an upstairs hideaway that felt like a strangely futuristic 19th-century saloon.

Not many attendees took up the night’s fashion request for “Illusion & Transparency,” save for a few choice selections of sheer fabric and an extremely fetching plexiglass tie. (The thought did arise, though, that maybe many had in fact engaged the theme—invisibly.) In any case, after cocktails in the garden among Balinese dancers performing to entrancing sounds of Gamelan Dharma Swara, the dinner inside started with comedian/writer/etc. Baratunde Thurston saying, “We are here to raise money for this dope institution that integrates art and science.” Next the microphone went to Yellin, who spoke of the center’s mission “to create an open and inspiring world” before pivoting to a consideration of David Wallace-Wells’s book The Uninhabitable Earth: Life After Warming. “We need to find things to create the glue to find the humanity in humanity,” Yellin said. “We’ve got mountains to move.” 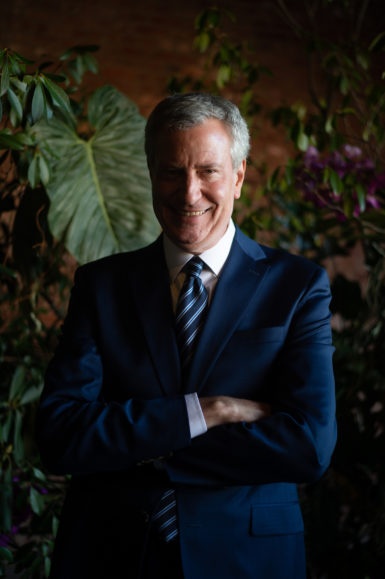 Janna Levin, the director of sciences for Pioneer Works, spoke of some 4,000 people communing at the center to watch the 2017 total solar eclipse while Maria Popova, of the website Brain Pickings, celebrated the organization’s “insistence on the indivisibility of culture.” Then Thomas, in the thrall of James Bond’s steely stare, encouraged more activity of the kind that Pioneer Works fosters—”so that when the world falls apart, we will have some way to foster a way for people to build their communities.”

After dinner reached its end, a crowd comprising an antic mix—others in attendance included Jake Gyllenhaal, Gina Gershon, Ben Sinclair (from High Maintenance), Carol Bove, and Peter and Sally Saul—expanded greatly for an after-party that turned into a carnival of sorts. All floors of the sprawling space were open for carousing with cocktails in hand (including a fine concoction, dubbed the Smoke & Mirrors, with Tanqueray No. Ten gin, Cocchi Americano, Pernod spritz, and a lemon twist).

On the ground floor, the New York–based DJ Val Jeanty played ebullient electronic sounds from Haiti (her homeland) in advance of a live set by the storied Ethiopian jazz musician Hailu Mergia, with a bassist and a drummer in tow. Found later and complimented on her fine selections for the night, Jeanty said of her music, “It works through your soul. It keeps us dancing as a planet.”