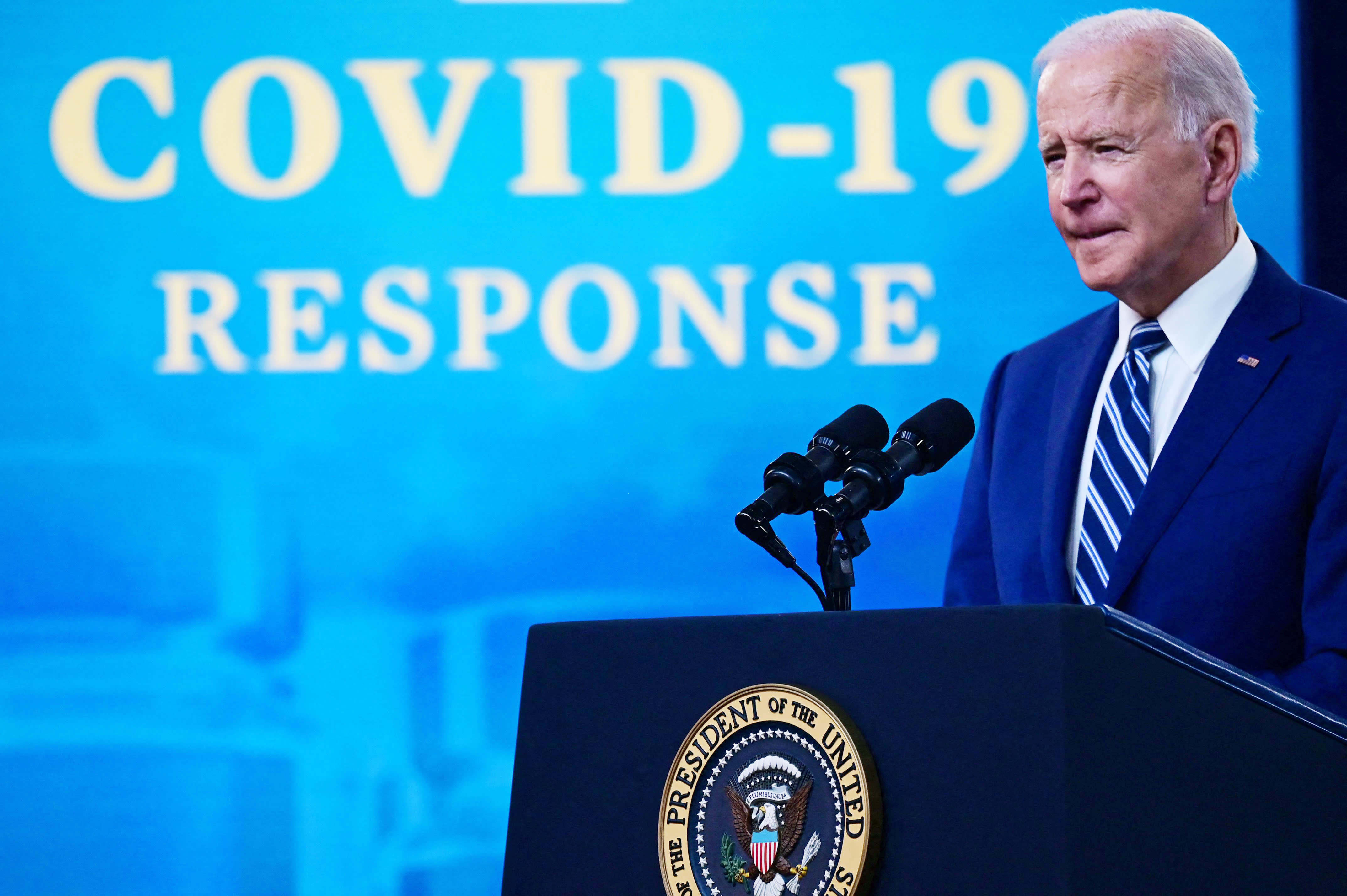 President Joe Biden delivers remarks on Covid-19 response and vaccinations in the South Court Auditorium of the White House in Washington DC, on March 29, 2021.Jim Watson | AFP | Getty ImagesPresident Joe Biden on Monday urged governors and local leaders who dropped sweeping mask mandates to reinstate their orders, indicated some states should wait to reopen their economies while condemning “reckless behavior” likely to spur more infections.”Our work is far from over. The war against Covid-19 is far from won,” Biden said at a press briefing, where he announced a series of plans to vastly expand access to the vaccines in the coming weeks. “This is deadly serious.”The president said he supports the warnings from Dr. Rochelle Walensky, the director of the Centers for Disease Control and Prevention, who said earlier on Monday that the U.S. is facing “impending doom” as daily Covid-19 cases begin to rebound once again. Biden also said he believes some states should pause their reopening plans amid the recent spike in cases.Walensky said during a press briefing earlier in the day that many states are reopening their economies even though the level of viral transmission remains too high. Walensky said she will ask governors on Tuesday to “refrain from opening up too fast.””I’m going to pause here, I’m going to lose the script, and I’m going to reflect on the recurring feeling I have of impending doom,” Walensky told reporters. “We have so much to look forward to, so much promise and potential of where we are and so much reason for hope, but right now I’m scared.”The U.S. recorded an average of 63,239 new Covid-19 cases per day over the last week, a 16% increase compared with a week ago, according to a CNBC analysis of data compiled by Johns Hopkins University. Daily cases are now growing by at least 5% in 30 states and the District of Columbia.While coronavirus hospitalizations and deaths typically lag infections, the daily number of fatalities has started to plateau. The U.S. is reporting a weekly average of 970 coronavirus deaths per day, a 3% decline compared with the week prior, according to data compiled by Johns Hopkins.”We’re giving up hard-fought, hard-won gains,” Biden said. “And as much as we’re doing America, it’s time to do even more.”The president pushed states and businesses to maintain, or reinstate, widespread mask mandates, saying a failure to take the virus seriously “is precisely what got us in this mess in the first place” and could lead to more infections and deaths.Top public health officials have urged states to tread with caution for weeks, warning that highly transmissible virus variants — particularly B.1.1.7 first identified in the U.K. — threaten to upend the nation’s progress after infections declined for nearly three months.Despite those pleas, a handful of governors have moved to lift capacity restrictions on businesses, like restaurants and gyms. Some states, like Texas and Mississippi, dropped statewide mask requirements while others, such as Alabama, said they would do so at the beginning of April.”We’re making progress on vaccinations, but cases are rising and the virus is spreading in too many places still,” Biden said.He announced that 90% of adults in the U.S. will be eligible for Covid-19 shots by April 19 and will be able to get them within five miles of their home under the administration’s expanded vaccination plan.

The EU could open up a ‘Pandora’s box’ of vaccine nationalism if it restricts exports, professor says
Double mutation of the Covid variant in India risks spreading to other countries, doctor says
To Top
error: Content is protected !!