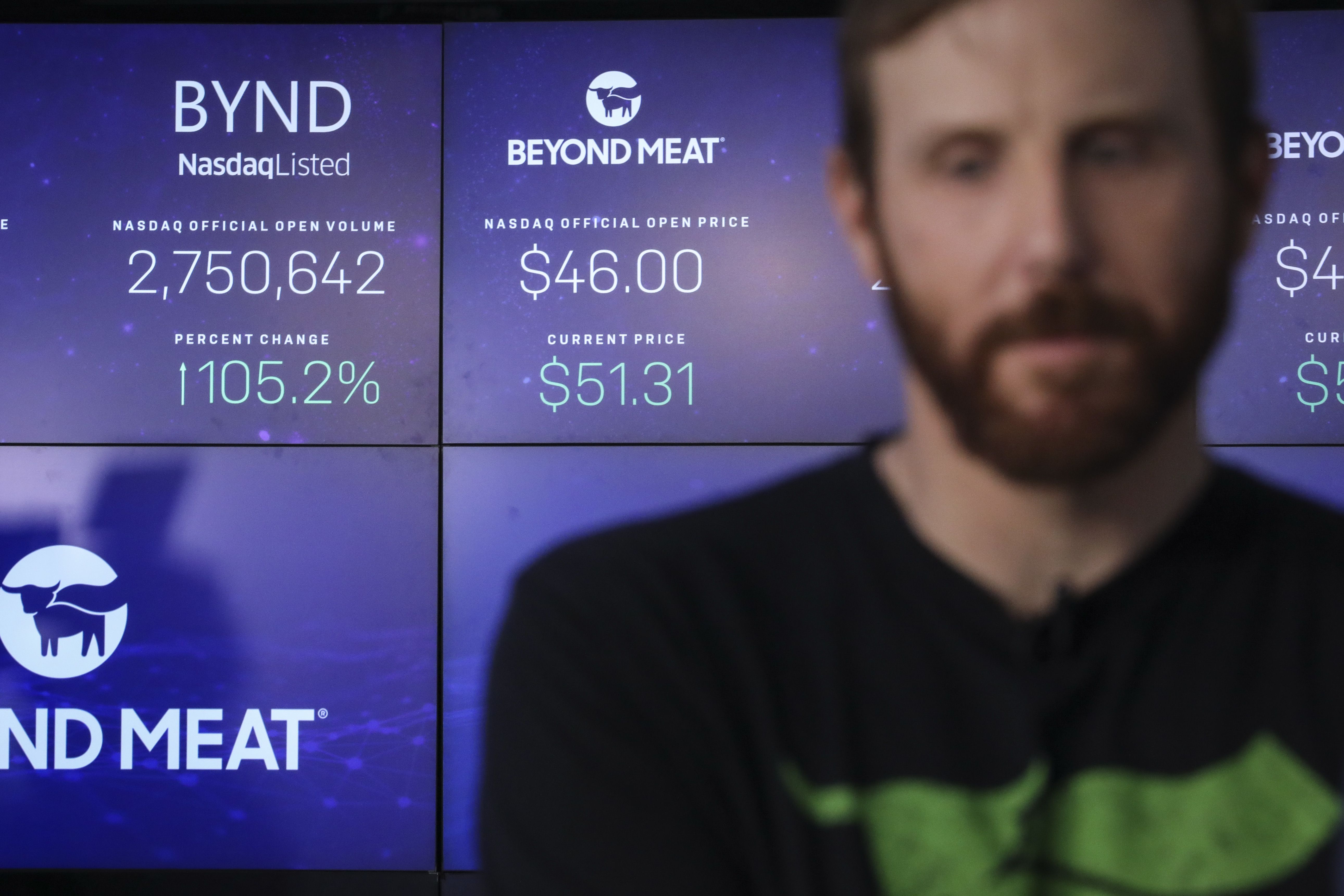 Shares of Beyond Meat fell about 4% in premarket trading Thursday after Tyson Foods announced plans to launch plant-based nuggets later this summer.

Since going public in early May, Beyond’s stock has soared 468%. Its market value is about $8.3 billion, roughly one third of that of Tyson, the nation’s largest meat producer.

But one early investor has missed out on the success of Beyond’s market debut: Tyson. The company sold its stake prior to Beyond’s initial public offering because it planned to offer its own meat alternative products. The meatpacker announced Thursday that it planned to launch imitation chicken nuggets later this summer, as well as burger patties blending meat with vegetables in the fall.

Beyond does not currently offer any plant-based chicken products, but the company is working on a new and improved version of its chicken strips, which it pulled from grocery store shelves earlier this year.

Even with shares falling Thursday to around $137, Beyond’s stock price remains above the price targets of analysts, the highest of which is $123. No one on Wall Street recommends buying the stock anymore because of its hot streak. The stock has been gyrating as analysts have raised concern about its monster run and short sellers have taken an interest.

Tyson’s announcement comes as Beyond faces increased competition in the plant-based meat market. Nestle is planning to launch its own plant-based burger this fall in the U.S. under its Sweet Earth brand.

Credit Suisse analyst Robert Moskow wrote in a note Thursday that he does not view Tyson’s hybrid burgers as a major threat to Beyond.

“Although competing hybrid burgers offer less saturated fat than the 100% plant-based products from Beyond and Impossible, they simply don’t taste as good in our experience,” he wrote.

Euromonitor expects that the market for meat alternatives will hit $22.9 billion globally by 2023. Tyson said that alternative protein could be a billion-dollar business for the company someday. The flexitarian diet is driving that growth, with nearly 60% of U.S. consumers expressing interest in eating less meat, according to Mintel.

While Beyond has said that the company has enough capacity to handle projected demand for the next two years, Big Food companies like Tyson and Nestle have even more muscle when it comes to production and research and development.