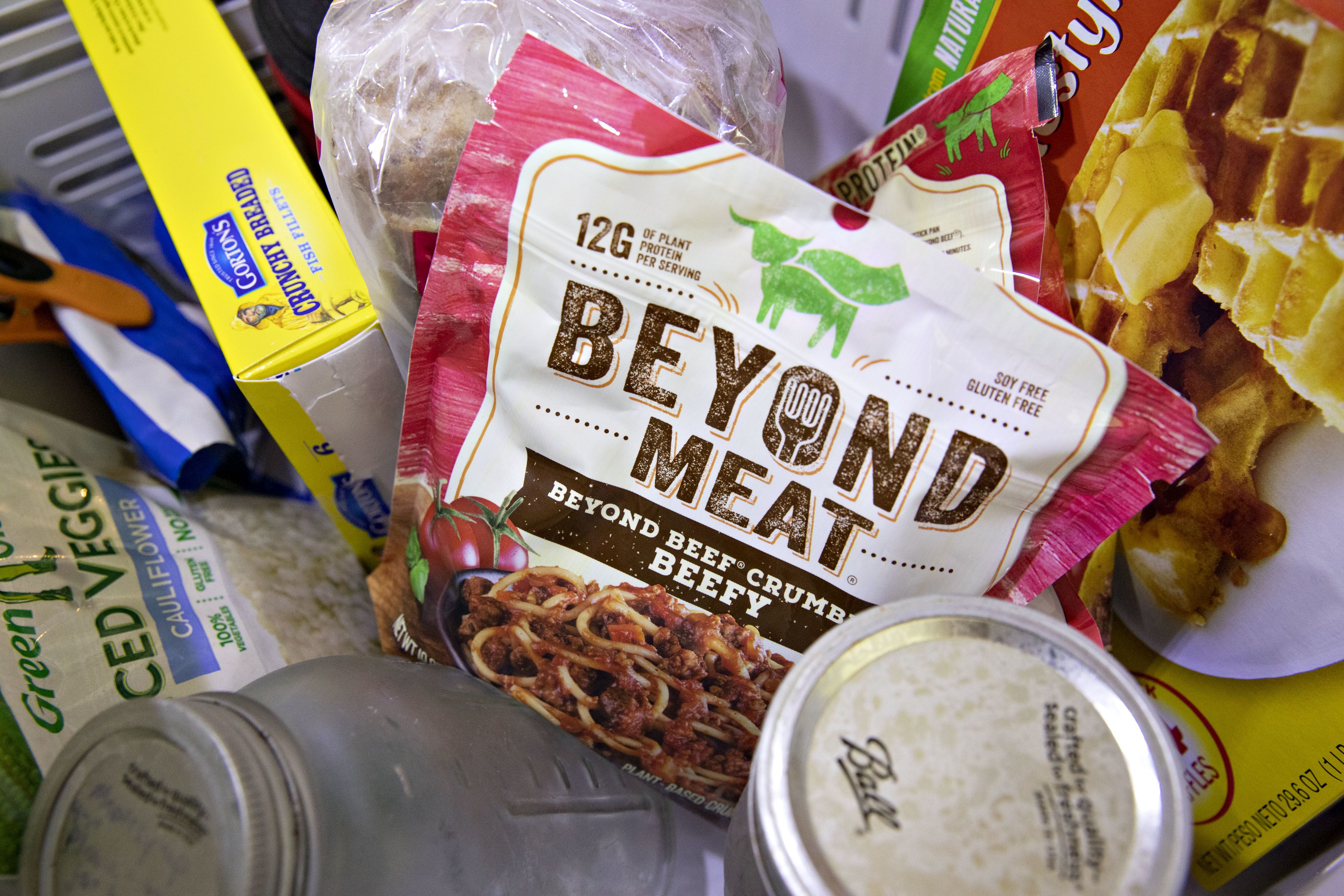 A package of Beyond Meat beef crumbles is displayed for a photograph in Tiskilwa, Illinois, April 23, 2019.

Shares of Beyond Meat jumped 7% in morning trading Tuesday after the company said it has inked a deal to start producing its plant-based meat substitutes in Europe next year.

Beyond’s stock, which has a market value of $5.0 billion, has surged 241% since it went public at the beginning of May.

The company has expanded its partnership with Zandbergen World’s Finest Meat to make its vegan meat alternatives in the Netherlands at a new manufacturing facility. The facility is expected to be completed in the first quarter of next year. It will mark Beyond’s first production plant outside of the U.S.

“The consumer response in Europe has been very positive, and we look forward to being able to better serve those customers with locally produced products,” Seth Goldman, the executive chairman of Beyond Meat, said in a statement.

About 22% of European consumers are trying to reduce their meat intake, according to Euromonitor data. Beyond had said in its filing to go public that it intended to start European production in 2020.

Zandbergen started distributing Beyond’s products, like the Beyond Burger and Beyond Sausage, across Europe last year, along with two other distributors. Distributors have helped spread Beyond far and wide, from Australia to Chile to Hong Kong, to more than 35,000 retail and restaurant locations.