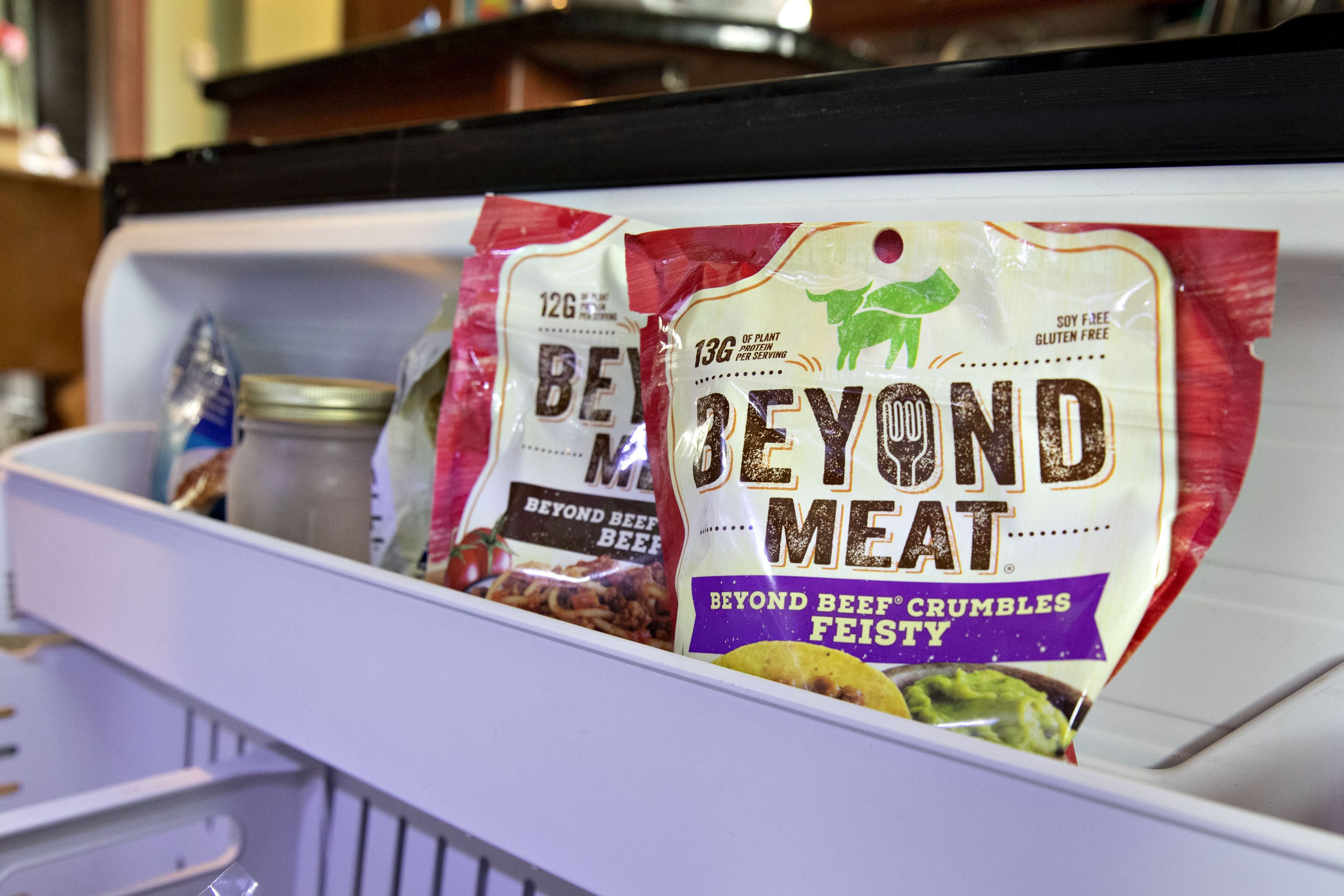 Beyond Meat is set to report earnings after the bell Monday

Shares of the company fell as much as 7% in afternoon trading ahead of the report. Since its May initial public offering, the stock is up 775% and has drawn interest from short sellers. The shares have climbed too high for any Wall Street analyst to recommend buying the stock.

Here’s what Wall Street is expecting, based on a survey of analysts by Refinitiv:

Last quarter, Beyond said it expects fiscal 2019 revenue of $210 million, a number that does not include sales from restaurants that were only testing the product. Still, that would mean that net sales would be more than double the previous year’s revenue.

Last quarter, about half of Beyond Meat’s revenue came from sales to restaurants. Since then, Tim Hortons has rolled out Beyond Meat’s imitation sausage and burgers to its stores in Canada. This month, Beyond announced deals with Blue Apron and Dunkin’ as well.

Rival Impossible Foods has also managed to snap up partnerships with large national restaurant chains like Burger King and Little Caesars, but there are some prominent holdouts when it comes to the trend, including Yum Brands’ Taco Bell and McDonald’s.

Beyond CEO Ethan Brown said last quarter on the company’s conference call that it has the ability to work with the world’s largest fast-food chains, given the right amount of time and structure.

In June, the company also launched a “meatier” version of its vegan Beyond Burger in grocery stores. The update to the recipe came as traditional food companies like Nestle and Tyson Foods announced their own plant-based products.

In addition to improving its burger recipe, Beyond has also been developing new products from elsewhere in the meat case like bacon but does not yet have a launch date.