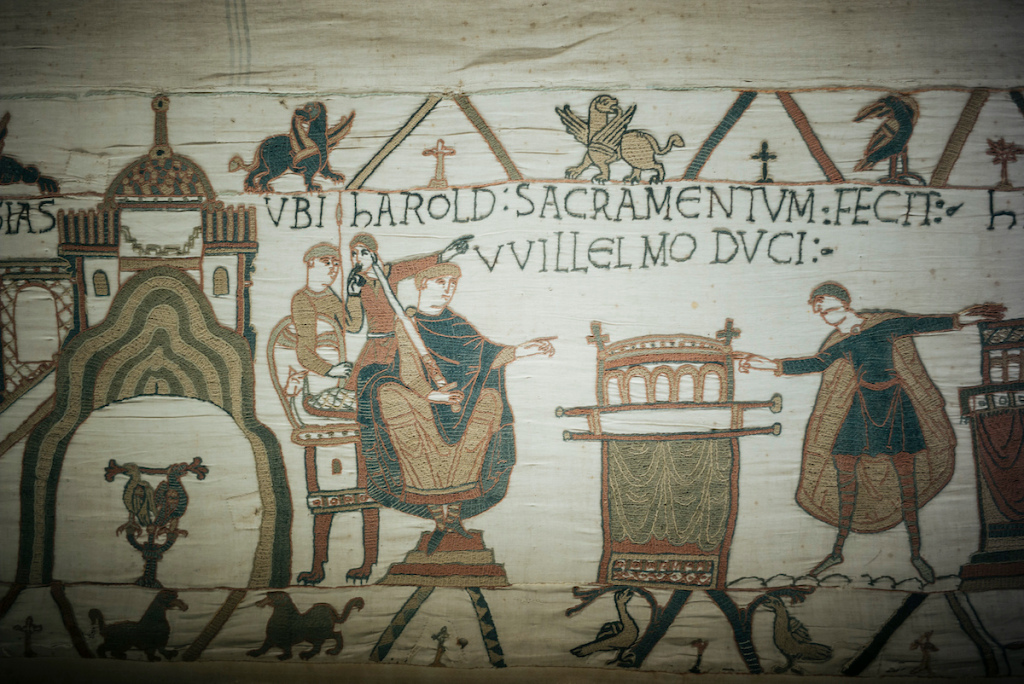 A historic loan of the famed Bayeux Tapestry may not come to pass after a condition report revealed damage to the artwork, which is believed to have been commissioned in the 11th century and which depicts imagery related to the Norman conquest of England. The Museums Journal reports that the 230-foot-long work has been found to be in poor condition, with stains and holes among the issues needing attention and repair.
Taking this new picture of the Bayeux Tapestry’s delicate state into account, French officials are pumping the breaks on its planned travel from Normandy to the U.K. For the time being, the tapestry will only travel as part of repair and restoration efforts.

The Bayeux Tapestry’s display in the U.K. was to be significant, as the work has not left France in 950 years. The loan was first announced in 2018.
A representative for the Bayeux Museum in Normandy, which stewards the tapestry, told the Museums Journal that the restoration will be funded by the French Ministry of Culture. “They stated that it is too early to know anything about the eventual loan, but that the Ministry of Culture is commissioning a study to determine how to remove the artifact from its current position, the conditions in which its restoration can be carried out, and its ideal location,” the report states.
The tapestry may see the UK some day in the future. A rep for the British Department for Digital, Culture, Media, and Sport told the Museums Journal that “the Bayeux Tapestry is a world treasure and a symbol of the deep ties between Britain and France.”