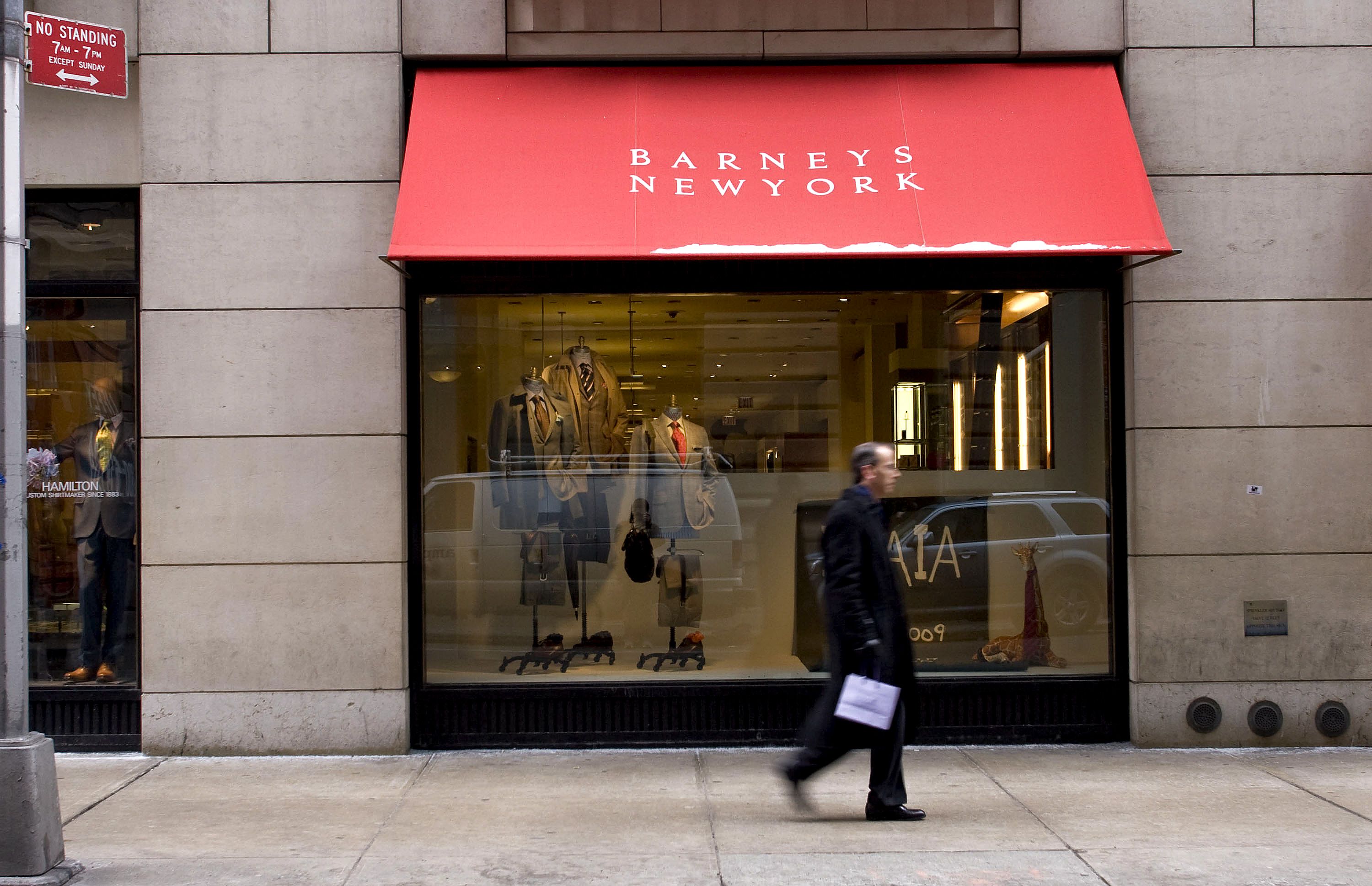 After a surprise financing offer that developed in bankruptcy court Tuesday, Barneys New York now has more money and more time. The famed luxury retailer has until Oct. 24 to find a buyer and avoid liquidation.

Barneys New York filed for bankruptcy early Tuesday morning, with a plan to significantly reduce its footprint. The retailer had filed with $75 million in debtor-in-possession financing provided by Gordon Brothers and Hilco Global. But a new offer from Brigade Capital Management and B. Riley Financial will pay out that $75 million, while also injecting a further $143 million for Barneys to run its business while it looks for a buyer.

“We have new financing that literally developed in the last 30 minutes,” testified Kirkland & Ellis’ Josh Sussberg, legal counsel for Barneys, “for a company that only days ago stared down the barrel of a gun.”

In a statement provided to CNBC, Barneys CEO Daniella Vitale said, “This significantly enhanced financing commitment demonstrates the belief of Brigade Capital and B. Riley Financial in the value of the Barneys New York brand and business…The competition to provide Barneys New York with fresh capital … reinforces our confidence in achieving a value enhancing transaction.”

The luxury retailer tried to sell itself before filing for bankruptcy, and received interest from a number of potential buyers, including online luxury retailer Farfetch, people familiar with the situation tell CNBC. Farfetch previously bought London boutique Browns, which gave it a bricks-and-mortar presence. Last September, it listed its shares on the New York Stock Exchange as it looks to expand in the U.S.

Whether the same buyers will present themselves following Barneys filing is yet to be determined.

Barneys is doing its best to make itself an attractive candidate. As part of its bankruptcy plan, it will continue running five of its more than 10 namesake stores: on New York’s Madison Avenue; in downtown Manhattan; Beverly Hills, California; San Francisco and Copley Place in Boston, as well as two Barneys Warehouse stores.

Over the past several years, Barneys had arguably over-expanded by moving into cities like Seattle, where its avant-garde style did not translate as well. As Barneys begins to close stores, it will move inventory to its remaining locations and its online store.

The locations it is keeping open are the ones in which it rings up the most sales. Nearly half its sales come from its Madison Avenue store. Its website and its store in Beverly Hills store follow, as its second and third strongest businesses, a person familiar said, requesting anonymity because the information is confidential.

The company’s brand, in some circles, has remained powerful. For online retailers, like Farfetch, it offers brick-and-mortar shopping as more retailers seek to give customers the best of both worlds.

“Brigade Capital Management and B. Riley Financial provided this loan because we think there will be significant interest for Barneys’ core business,” said Perry Mandarino, senior managing director, restructuring head and co-head of investment banking with B. Riley FBR.

Still, that bet is protected, should Barneys follow the same path met by Toys R Us, Payless ShoeSource and other retailers that liquidated following a bankruptcy filing.

B. Riley Financial owns liquidation firm Great American, which would likely handle any sales at Barneys if liquidation is necessary. In that case, it would look to earn back its investment by selling the high-end inventory that sits Barneys stores as well as, possibly, its intellectual property.

“We view the asset valuation expertise of Great American Group as a mitigant to our risk,” said Mandarino.