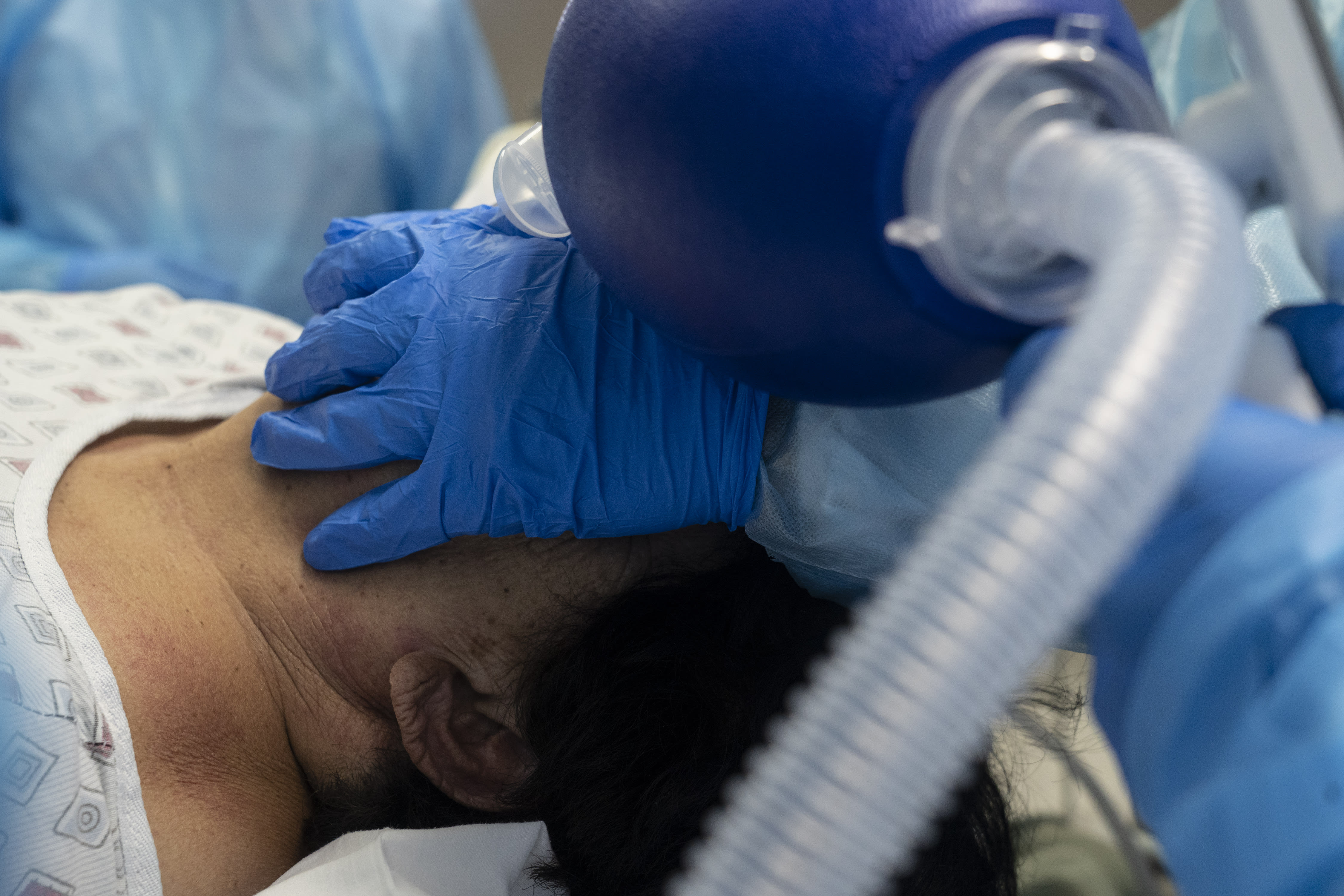 Newly diagnosed coronavirus cases and hospitalizations continue to rise in nearly every state across the country as the U.S. reports fresh record one-day spikes in cases.Average daily new cases are up by at least 5% over the last week in at least 47 states and D.C. as of Wednesday, according to a CNBC analysis of data compiled by Johns Hopkins University. Average daily new cases are steady or falling in only Louisiana, Montana and Georgia, but that’s likely due to reporting errors in Louisiana and Georgia.Montana appears to be the only state truly below that 5% threshold, with an average of 873 new cases each day, 2.1% higher on a weekly basis.Across the country, the U.S. reported over 144,100 new cases on Wednesday, setting a new record one-day spike, according to CNBC’s analysis of Hopkins data. That brings the seven-day average to more than 127,600, up over 35% compared with a week ago. Over the past five days, the U.S. has reported a fresh record in daily new cases on three days, Hopkins data shows.It’s not just cases that are rising. The seven-day average of hospitalized Covid-19 patients is up by at least 5% in 46 states, according to data from the COVID Tracking Project, which is run by journalists at The Atlantic. Across the country, there are more than 65,300 people currently hospitalized with Covid-19, more than any other point in the pandemic.”We’re piercing the previous records and ICU admissions are going up quickly, as well, with 12,000 people in the ICUs,” former Food and Drug Administration Commissioner Dr. Scott Gottlieb said Thursday on “Squawk Box.” “Hospitalizations right now are rising by about 1,600 people a day, but that’s going to continue to increase, as well.”Gottlieb said the outbreak across the U.S. is different now than from earlier points in the pandemic in that the virus is spreading rapidly across all of the U.S. rather than just certain regions or so-called hot spots.”This one’s really across the country, so every hospital system is a little pressed right now,” he said, adding that “there’s only a handful that are really overwhelmed.”Hospitals in Wisconsin, parts of Texas, Utah and the Dakotas are currently overwhelmed, Gottlieb said. He added that the pace at which hospitalizations are rising is “very concerning.”State officials and hospital administrators in Iowa, Ohio, Nebraska and Oklahoma have also warned that they’re approaching or at capacity.Gottlieb said the country is better prepared today when it comes to medical equipment such as ventilators, but some hospitals are going to run out of personal protective equipment such as masks for health workers. He added that as hospitals move to surge capacity, reallocating beds from other units of the hospital to the Covid ICU, trained personnel will become the most scarce resource.”Hospitals previously were able to create new ICUs, basically out of scratch. They turned their anesthesiology wards, their post-acute care facilities, post-surgical care facilities into ICUs to take care of Covid patients,” Gottlieb said of earlier phases of the pandemic. “They’re not going to be able to do that this time around if they can’t get trained personnel into those settings.”— CNBC’s Sara Salinas contributed to this report.