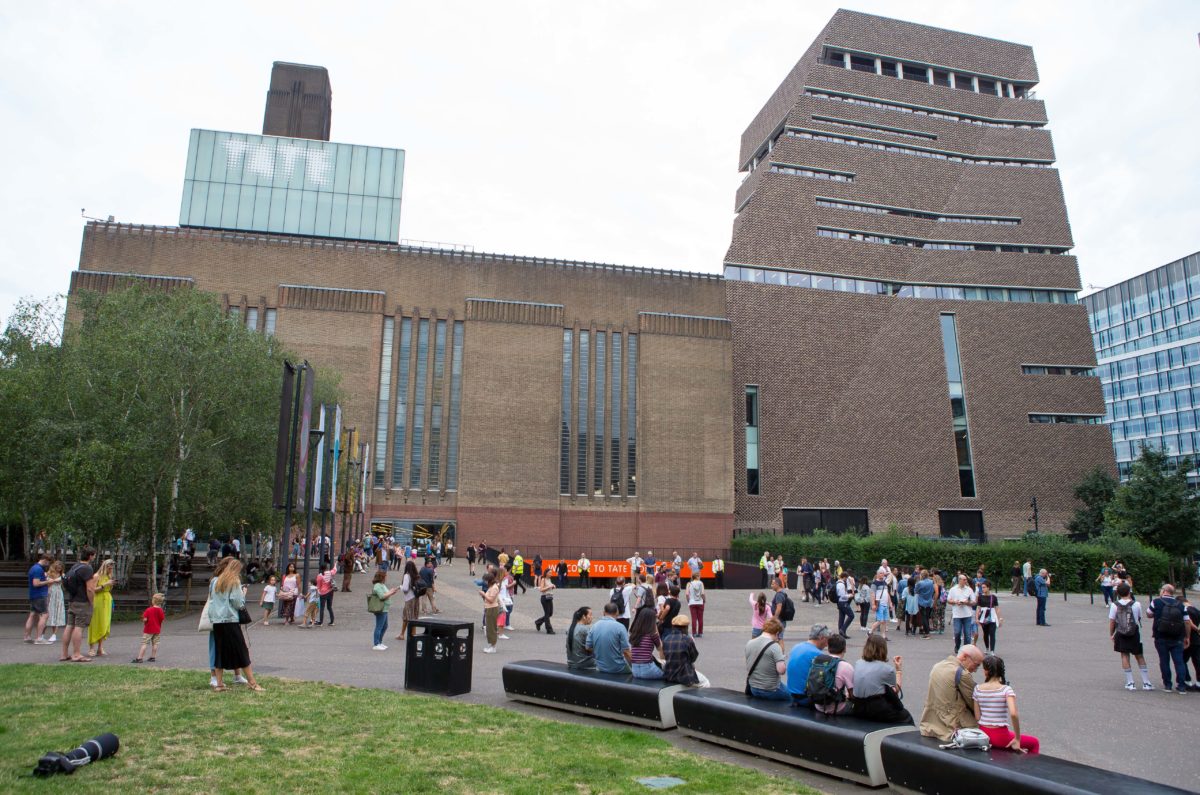 Tate Modern in London.SHUTTERSTOCK
As museums across the world attempt to diversify their staffs and internationalize their exhibition programs, Tate Modern in London has brought on new curators of African, Middle Eastern, and South Asian art. Their appointments come as the museum launches the Hyundai Tate Research Centre: Transnational, an initiative intended to globalize Tate’s offerings.
The new appointees—all of whom will have the title Curator, International Art—are Nabila Abdel Nabi, Osei Bonsu, Valentina Ravaglia, and Devika Singh. (In addition to working at Tate Modern, Ravaglia will also help oversee Tate’s displays program.)Frances Morris, Tate Modern’s director, said in a statement, “Their significant experience and expertise will play an important part in expanding our knowledge of modern and contemporary art from Africa, South Asia, and the Middle East, furthering our ambition to present a truly international story of art through our program and collection.”Abdel Nabi, who started at Tate in April, focuses on art from the Middle East, and was previously associate curator at the Power Plant, a closely watched contemporary art space in Toronto, where she organized solo presentations of Kader Attia, Karla Black, Emeka Ogboh, and more. She was also previously a gallery manager at the Third Line gallery in Dubai.Bonsu, who was appointed this month, specializes in African art. He has previously organized exhibitions looking at the connections between art from Africa and other parts of the work, such as “Pangaea II: New Art from Africa and Latin America,” which took place at the Saatchi Gallery in London in 2015.Ravaglia was previously assistant curator at Tate Modern, where she worked on the museum’s collection displays, in particular focusing on work by contemporary artists of South Asian descent. Her curatorial credits include the museum’s forthcoming Nam June Paik retrospective, due to open next month.Singh, who began in March, is an expert on South Asian art and global modernisms, and is the curator of “Homelands: Art from Bangladesh, India, and Pakistan,” a survey of art from three South Asian countries that will open in November at the contemporary arts space Kettle’s Yard in Cambridge, England.Since starting in Tate Modern’s top post in 2016, Morris has been outspoken about trying to diversify the art-historical narratives put forward by the museum, where she has worked since 1987. “We haven’t rewritten the history but we are asking questions about the history and plotting co-ordinates,” she told the Art Newspaper at the time of her appointment. “It’s a bigger story.” Her initiatives have been widely praised in the British press, though they have not been without criticism—a 2018 op-ed in the Guardian said that Tate’s diversity policy “inadequately addresses gender” disparities.

I. M. Pei, Venerated Architect Behind Iconic Museums, Is Dead at 102 -ARTnews