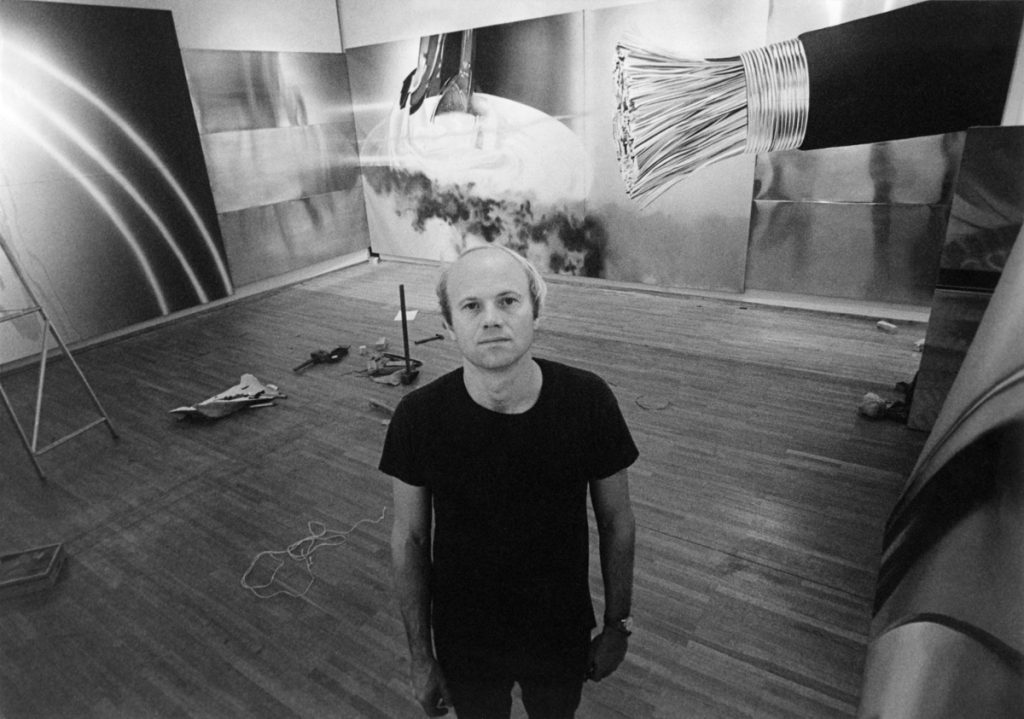 Monday, June 28
Kasmin Now Represents Estate of James RosenquistThe estate of James Rosenquist is now represented in the United States by New York gallery Kasmin. The gallery will stage a major show of the late Pop artist’s work in 2022. Rosenquist, who died in 2017, will continue to be represented by Thaddaeus Ropac, which has locations in London, Paris, Salzburg and Seoul. One of Pop’s quintessential artists, Rosenquist is known for his canvases that comment on postwar consumerism, pop culture, and other hallmarks of Americana and pulsate with humor. The artist has had major retrospectives at the Whitney Museum in New York (in 1972), the Guggenheim Museum in New York (2003–04), and, most recently, the Museum Ludwig in Cologne (2017).

Estate of Karlo Kacharava Heads to Modern ArtLondon’s Modern Art gallery now represents the estate of Karlo Kacharava, a Georgian artist and poet who died in 1994. Though he only lived to be 30, Kacharava worked prolifically, producing 1,200 paintings in his lifetime. These surrealist tableaux were often focused on the political state of the Eastern Bloc, with an eye toward the failed utopian dreams of pre-Soviet Tbilisi. Artist Sanya Kantarovsky (who is also represented by Modern Art) and curator Scott Portnoy will team up to curate the gallery’s first exhibition of Kacharava’s work in October.
YoungArts Names Artistic DirectorThe Miami-based arts nonprofit YoungArts, which looks to support the burgeoning artistic careers of high school students, announced that Lauren Snelling will now be the organization’s artistic director. Since 2018, Snelling has been the senior director of alumni relations at YoungArts. The organization also announced that Rebekah Lanae Lenge has been promoted to deputy director and that Tanya Reid will be vice president of finance. In a statement, YoungArts executive director Jewel Malone said, “Today, as YoungArts enters its 40th year as the only organization that supports artists across the performing, visual and literary arts and at all stages of their careers, we understand it is time to make organizational changes that will match our growth, increasing our ability to support artists and their creative process.”