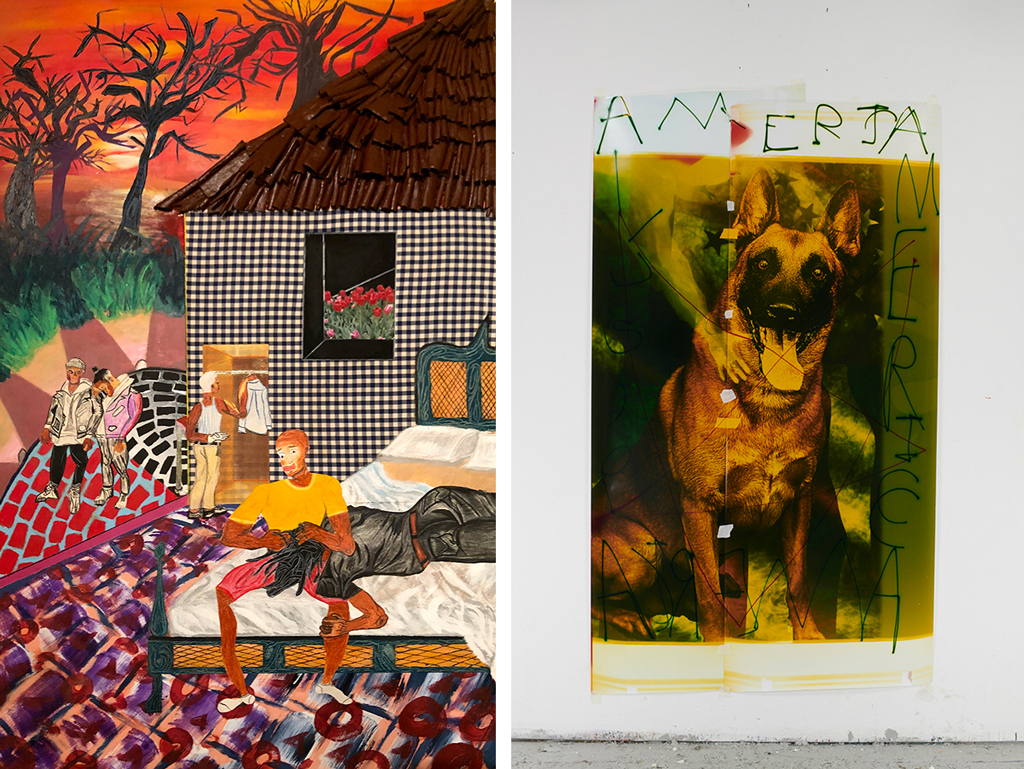 Hadi Fallahpisheh and Devin N. Morris are the recipients of Artadia’s 2019 New York awards, which come with $10,000 in unrestricted funds. This year marked the nonprofit’s fourth award cycle in New York.

Fallahpisheh’s practice spans photography, performance, and installation, and many of his works examine displacement and disparities between experience and perception. He has exhibited at Simone Subal Gallery, Kai Matsumiya, and Callicoon Fine Arts, among other New York venues, as well as Delgosha Gallery, Dastan Gallery, and Maryam Harandi Gallery in Tehran.

Mixed-media paintings, photographs, writings, and videos by Morris are partly informed by the artist’s upbringing in Baltimore and experiences as a black queer man. Through his work, Morris addresses the physical and social boundaries that impact marginalized communities.

In a joint statement, Fowle and Ludwig said, “Devin, Erick, Hadi, Sable Elyse, and Sasha were all inspiring and thought provoking in their practices. Each is honing an approach to art-making that is unfamiliar (in the “I haven’t seen anything quite like this” way). . . . After trying (and failing) to negotiate for more money so that all five finalist could be awardees. . .we agreed that Devin Morris and Hadi Fallahpisheh were each on the verge of something special that really excited us.”

Here’s the Artist List for the 2019 Biennale de Lyon -ARTnews
Christie’s to Offer Modigliani’s ‘Tête’ Sculpture With Estimate of $30 M. to $40 M. in New York in May -ARTnews
To Top
error: Content is protected !!