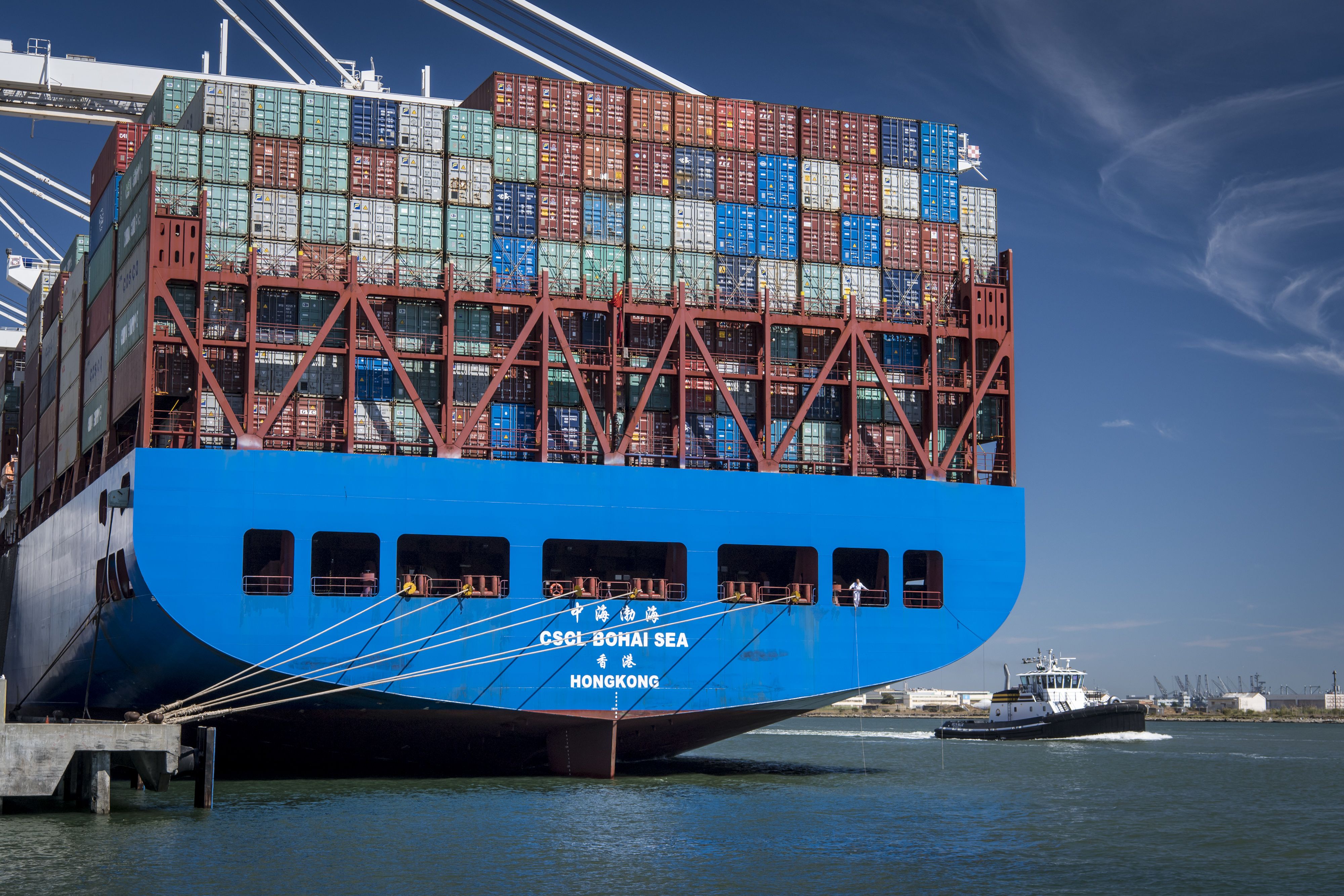 A tug boat passes the the CSCL Bohai Sea cargo ship docked at the Port of Oakland in Oakland, California.

Apple, Keurig, Dr Pepper, Dollar Tree and Fitbit have joined other companies in filing letters of opposition to a Trump administration plan for more U.S. tariffs on Chinese goods, including iPhones, MacBooks, and single-serve coffee brewers.

The United States and China are resuming talks to end a trade war after more than a month’s hiatus. The countries’ leaders are expected to meet at the G20 summit in Japan next week.

U.S. President Donald Trump had said he would consider extending tariffs to another $300 billion of Chinese goods if his meeting with Chinese President Xi Jinping does not yield progress on the trade dispute.

The new round of tariffs would reduce Apple’s competitiveness and cut the contribution it could make to the U.S. Treasury, Apple said in an online filing on Thursday.

Apple said in the document it is the largest U.S. corporate taxpayer to the U.S. Treasury and reiterated its 2018 pledge to directly contribute over $350 billion to the U.S. economy over five years.

Apple said it would also take a hit because Chinese and other non-U.S. firms do not have a significant U.S. market presence.

“A U.S. tariff would, therefore, tilt the playing field in favor of our global competitors,” Apple said.

The levies would also hit AirPods, Apple TVs and batteries and parts. Some of these products were spared from the previous round of tariffs imposed last September on $200 billion worth of Chinese goods, but were put back on the list when Trump decided to prepare tariffs on virtually all remaining imports from China.

Officials are in the fourth of seven days of hearings for U.S. manufacturers, retailers and other businesses to weigh in on the tariff plan. Many individuals and companies have also filed letters and comments to the U.S. Trade Representative in an online docket here.

Coffee and beverage firm Keurig Dr Pepper and technology giant Apple are the latest in a growing list of U.S. companies pressing the Trump administration to abandon plans to impose tariffs of up to 25% on another $300 billion of Chinese imports.

The company said it would take 12 to 18 months to find alternative parts sources, and higher costs may force it to exit lower-priced segments of the air conditioning market.

Companies such as Dell Technologies, HP and Walmart have already voiced their opposition.

Chinese rivals are willing to sacrifice profits to gain market share “in a manner that U.S. companies like Fitbit cannot afford,” it said.

From computers to K-cups

Some 88 percent of all coffee brewers sold in the United States are imported from China, Keurig counsel said in its public comments. The company’s own brewers are in over 28 million homes and used in more than 1 million hotel rooms, the letter to the U.S. Trade Representative’s Office said.

“This is significant, for the manufacturers directly affected and coffee-drinking U.S. consumers who will have no choice but to pay higher prices for coffee brewers, or forgo their daily morning brew,” the company said.

Many U.S. companies rely on China to source a vast array of products. Finding alternative suppliers will raise costs, in many cases more than the 25% tariffs, some witnesses have this week told a panel of officials from USTR, the Commerce Department, State Department and other federal agencies.

The proposed list, which will be ready for a decision by Trump as early as July 2, includes nearly all consumer products. It has been loudly opposed by retailers like Dollar Tree, which is one of the top 50 U.S. employers and seventh largest importer, the company said in its public comments.

“Simply put, the imposition of an additional 25% duty on the types of everyday, household products that we offer will have a significant and disproportionate negative impact on middle- and low-income American households,” Dollar Tree said.

Philadelphia refinery explosion was spotted from space by satellites
Jaguar Land Rover’s stunning turnaround is under threat
To Top
error: Content is protected !!