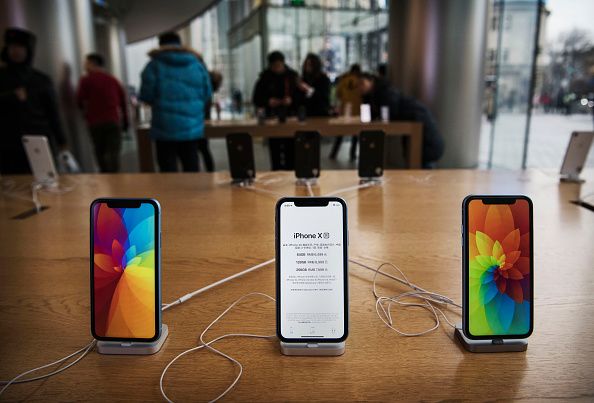 Apple iPhones are seen on display at an Apple Store on January 7, 2019 in Beijing, China.

Apple is working on iPhones for 2020 with rear cameras that can sense how far away things are, according to TF Securities analyst Ming-Chi Kuo.

The cameras will include a new sensor, called “ToF,” or time of flight, to let the iPhone better “see” the world around it, enabling augmented reality, or AR, experiences and better computer vision, according to the note distributed on Monday.

These sensors use a part called “VCSEL,” or vertical-cavity surface-emitting laser, which generates an invisible laser that bounces off objects, letting the phone accurately measure how far away the objects are. Apple’s front-facing Face ID camera currently uses a ToF sensor as part of the phone’s unlocking system.

Two iPhone models will include the ToF feature, Kuo wrote, suggesting that the lower-cost iPhone option launching in 2020 won’t have it.

The sensor could “mainly improve the photo quality and offer AR applications,” Kuo continued. He sees the feature as a key distinguishing selling point for high-end phones.

Surescripts threatens to turn Amazon PillPack over to the FBI
Kamala Harris’s ‘Medicare for All’ plan keeps private insurance
To Top
error: Content is protected !!