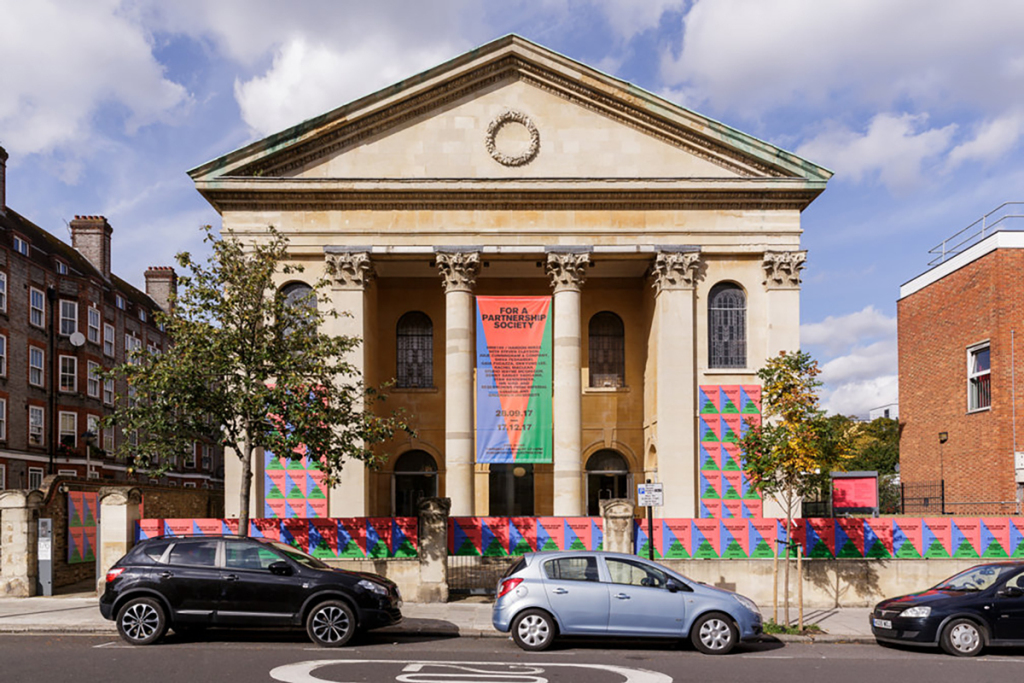 For the first time, collectors Anita and Poju Zabludowicz have responded to art-world controversy over their reported ties to a pro-Israel lobbying group and military aircraft services company.
In a statement posted on social media on Friday by the Zabludowicz Collection, a London museum opened by the couple in 2007, the pair said that escalating violence between Israel and the militant group Hamas “has broken our hearts once again” and praised a cease-fire reached on Thursday night.
“We passionately support a Two-State Solution that guarantees the rights of Palestinians and Israelis to live and work side-by-side in peace,” the couple’s statement reads. “We welcome the ceasefire as it is only through respectful and diplomatic dialogue that a permanent peace can be achieved. We know that violence and aggression are not the answer and mourn the innocent lives lost on both sides.”

The Zabludowiczes have been the subject of controversy since 2014, when Boycott Divest Zabludowicz (BDZ)—its name a reference to the movement Boycott, Divest, Sanctions, which demands that the Israeli government grant Palestinian citizens equality—was founded by a group of artists. An editorial published by Mute that year brought Poju Zabludowicz’s ties to pro-Israel groups to the attention of the art world. While BDZ’s calls for artists to stop working with the Zabludowiczes had largely subsided since then, the group became active once again this week, when it circulated a new letter that claims the collector couple and their associated art organizations are “complicit with structural oppression.”
In 2009, the Guardian reported that Poju was among the biggest funders of the British Israel Communication and Research Centre (BICOM), a lobbying group that disseminates information in support of Israel to British politicians and reporters. According to the Guardian report, between 2007 and 2009, Poju gave £1.4 million to the organization, which has sometimes flown reporters to Tel Aviv. Zabludowicz is also the CEO of the Tamares Group, a London-based investment group with a stake in Knafaim Holdings. According to Knafaim’s website, the company provides “military aircraft maintenance services to the Israeli Air Force.”
A representative for the Zabludowicz Collection did not immediately respond to request for comment on Poju’s connections to BICOM and Knafaim, which were not directly addressed in the statement posted to social media.

The Zabludowiczes are known within the art world for their 3,000-piece collection of contemporary art, rich in digital and moving-image works. Among those who have had solo shows at the Zabludowicz Collection in recent years are Rachel Rossin, Ericka Beckman, Trisha Baga, Sam Falls, Jon Rafman, and Josh Smith. The couple has ranked on the ARTnews Top 200 Collectors list each year since 2005.
The BDZ letter was issued last week as tensions escalated between Israel and Hamas. This iteration of the decades-long conflict erupted earlier this month after an Israeli court ruled in favor of Jewish settlers attempting to evict Palestinian families from their longtime homes in Sheikh Jarrah, a neighborhood in East Jerusalem. The New York Times reported on Thursday that at least 12 Israelis had been killed by rockets launched by Hamas and at least 230 Palestinians in Gaza had been killed by Israeli airstrikes. A cease-fire was reached on Thursday evening.
The missive from BDZ was signed by hundreds in the art world, including artists Lawrence Abu Hamdan, Neil Beloufa, Jumana Manna, Carissa Rodriguez, Natascha Sadr Haghighian, and Tai Shani, as well as art historian Claire Bishop, the art magazine Momus, and New York’s Reena Spaulings Fine Art gallery. In past statements, BDZ has encouraged artists to “refuse to sell their labour to the Zabludowicz Collection, and/or to withdraw the ‘conceptual content’ of any work already owned.”
Two artists, Rachel Pimm and Jasmine Johnson, said on social media that they had done so this week. A spokesperson for the Zabludowicz Collection told Hyperallergic this week that one unnamed artist had been in touch regarding the letter and that the museum had removed the work from its website.
The Zabludowicz Collection representative did not respond to ARTnews’s request for comment on how these decisions affect the status of artworks in their collection.