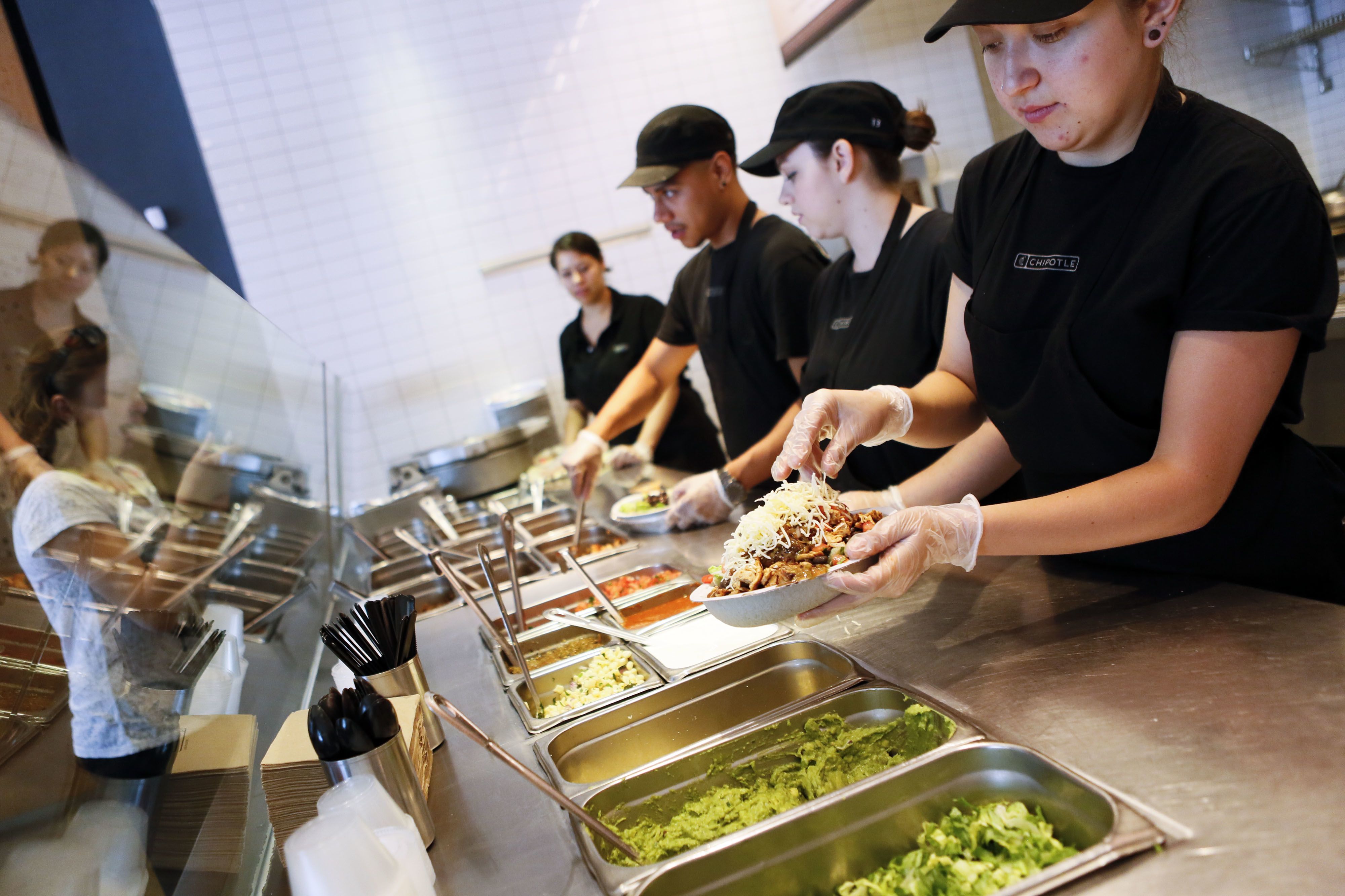 Recession red flags may be cropping up in the stock and bond markets as the trade war rages on. But it seems the American consumer hasn’t gotten the message — at least not yet.

This holds particularly true when it comes to spending at restaurants. Sales at eating and drinking establishments are up more than 4% this year, according to data from the U.S. Census Bureau, surpassing grocery sales at just 3% year-over-year growth.

The National Restaurant Association projects overall industry sales will hit a high of $863 billion in 2019, up 3.6% from last year.

The compound annual growth rate for restaurant sales since 1970 is 6%, but the pace dropped to 4% in the decade since the Great Recession, according to the restaurant association. Despite that slower growth, more cash spent on food is being allocated to restaurant spending. In 1955, 25 cents of every $1 spent on food went to restaurants. Today, it’s more than half.

And while restaurant operators face many challenges, from a tight labor pool to rising wage costs, the consumer outlook for spending is strong.

“There are two important drivers for the industry from a consumer perspective — convenience and socialization,” said Hudson Riehle, the association’s senior vice president of research. “Particularly looking at quick service, which has grown much more quickly than table service. There’s a greater focus on the off-premise market including carryout, drive-through, delivery, curbside and even food trucks.”

Restaurant operators are moving quickly to erase friction for customers, helping to enhance the experience whether on or off site. Nearly every major restaurant player is either expanding its technology platform, upgrading stores or adding delivery.

“Demographics of younger restaurant patrons are dramatically different than baby boomers. Their expectation of restaurant experience basically incorporates some aspect of technology,” said Riehle. “One of the most important developments over past few years has been rapid integration of tech into delivery and ordering experience.”

Strength in consumer spending at restaurants, being supported by digital growth and delivery, can be seen in a slew of restaurants that recently reported earnings. Chipotle Mexican Grill had 10% same-stores sales growth for its second quarter, while McDonald’s posted a 5.7% jump in same-store sales and Starbucks saw sales at its cafes open at least 12 months grow 7%.

These are not hot new restaurants. They are established American brands seeing major growth, thanks in part to technological upgrades from store to mobile app, which is better at engaging customers and meeting their needs for speed and convenience.

Analysts say it’s likely to continue, even if the economy does take a leg lower. But there’s one thing that could lead to slower sales growth — a downturn in the job market.

“We’d have to see unemployment basically spike for restaurant trends to reverse,” Hottovy said. “If we are looking at a healthy job market, we can expect continued growth in restaurants.”

PG&E plunges over 25% on fears it could face $18 billion in damages
Lyft insiders not selling at their first chance since IPO
To Top
error: Content is protected !!