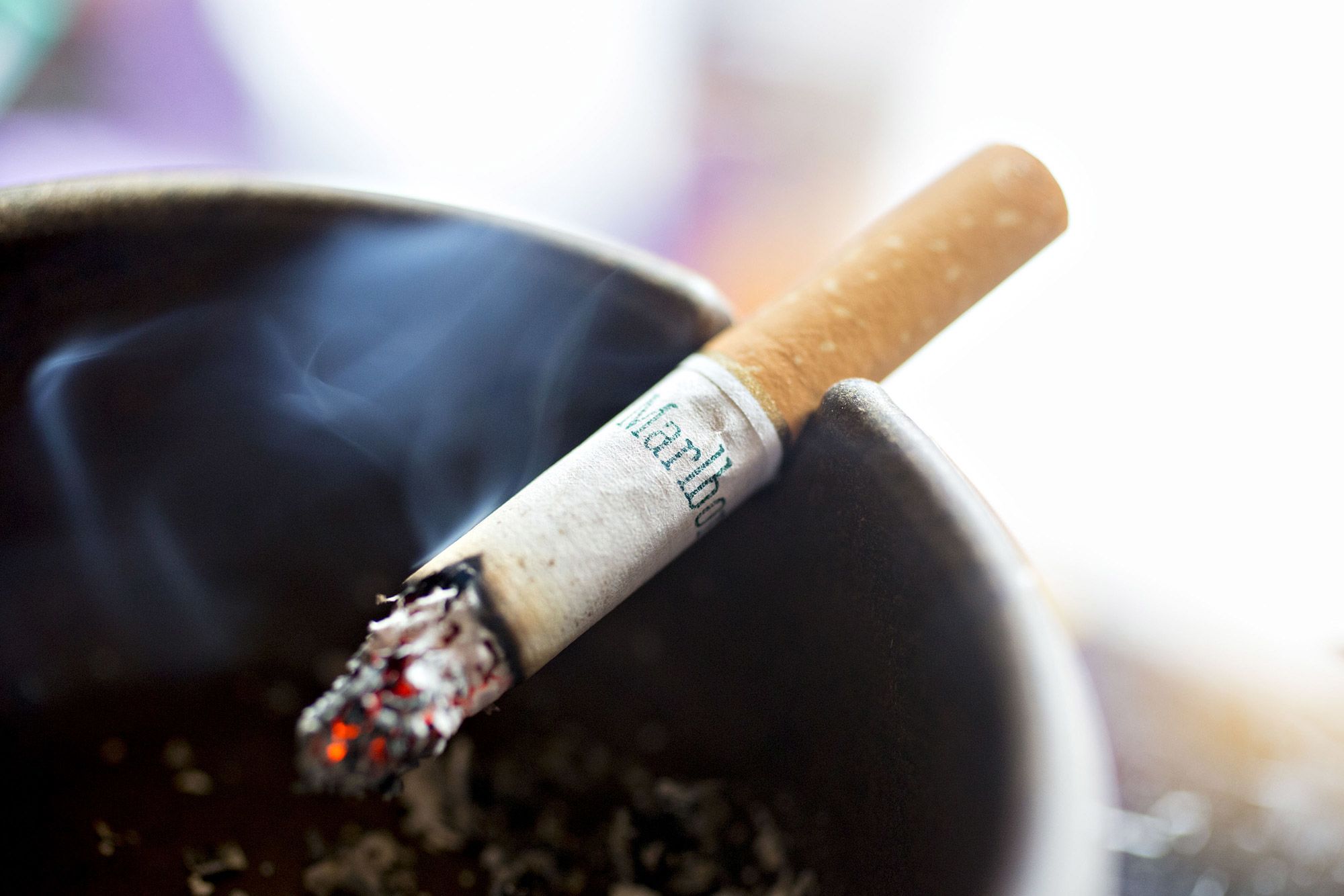 Sales volume, defined by the number of packs of cigarettes sold, fell 11.2% in the four-week period ended May 18, according to Nielsen. Total sales declined 6.9% to $59.27 billion and have now declined for 18 consecutive months, according to Cowen analyst Vivien Azer.

Shares of Altria slid 4.6% and shares of British American Tobacco traded in the U.S. slid 4.2% in midday trading Tuesday.

“That headline number of an 11% decline is very uncomfortable,” Azer said in an interview. She said Nielsen’s numbers tend to be overstated. Even so, it’s a stark decline and and significantly steeper than the 4% to 5% drop tobacco companies have forecast.

The data highlights the predicament tobacco companies find themselves in. Their core businesses are shrinking faster than expected, threatening their usual strategy of hiking prices to offset a decline in sales.

Altria hiked the price of a pack of Marlboro cigarettes 11 cents in late February, bringing the average nationwide price to $7, Azer said. Tobacco companies have blamed increasing gas prices for the decline in volume. Gas averaged $2.85 per gallon in the four-week period, Azer said, adding that gas prices were higher last summer into fall and cigarette volume declines were not as steep.

E-cigarettes meanwhile are booming, leading Altria to invest $12.8 billion for a 35% in the clear market leader Juul. Volume for the entire category surged 46.4% in the most recent period, according to Nielsen data included in Azer’s note to clients.

Juul captured 74.5% of sales at stores tracked by Nielsen, which includes convenience stores and mass retailers but not vape shops or online. Altria has said it estimates Juul’s market share at more than 40%.

And even though Juul’s sales are increasing, the gains don’t offset the losses Altria experiences when someone buys a pack of Juul pods instead of a pack of Marlboros.

“For every pack of Marlboro that converts to Juul pods, Altria loses 100% of Marlboro and gains 35% of the Juul pod,” Azer said. “There’s no way the math is possible for that to be a perfect offset.”