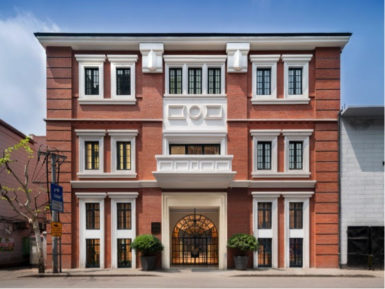 Almine Rech, which has galleries in Paris, Brussels, London, and New York, is expanding to Shanghai, where it will open a space next month on the second floor of a building at 27 Huqiu Road.  First up: a group show of  gallery artists curated by art critic and curator Nicolas Trembley in collaboration with Beijing’s Song Art Museum.

Rech’s Shanghai location is in the Amber Building, which another international heavyweight, Perrotin, also calls home. (He’s on floor three.) They are just two of several Western dealers to set their sights on mainland China of late. Lisson announced a Shanghai outpost in February, and both Hauser & Wirth and Lévy Gorvy have opened offices there in the past two years.

Gallery owner Almine Rech-Picasso said in a release, “The decision to expand to Asia was a natural one for us, as we’ve long been interested in the Asian market and engaged with collectors in the region through our participation in art fairs, as well as institutional outreach, collaboration, and regular visits to the region.”