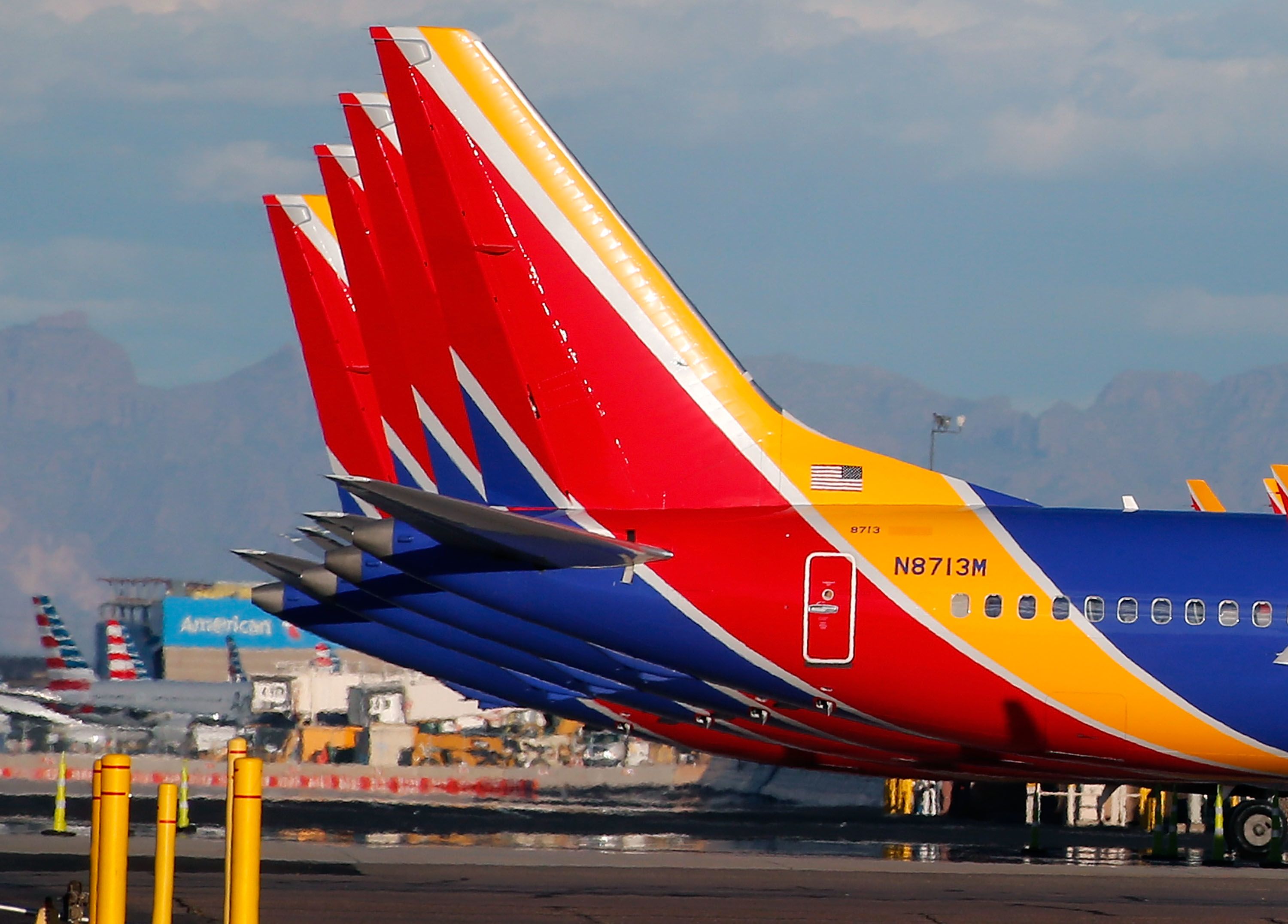 The worldwide grounding of Boeing 737 Max planes is now in its fifth month and disruptions to air travel are set to continue for several months more.

Aviation regulators haven’t said when they might allow the 737 Max to fly again. They grounded the planes across the globe in mid-March after two fatal crashes — one in Indonesia in October and another in March in Ethiopia— killed a total of 346 people.

With the planes out of service, airlines that have the jets in their fleets have cancelled thousands of flights during peak travel periods. More cancellations are ahead in the coming months with no guarantee the planes will be airborne again by the end of the year.

Only in service for a little over two years, the Boeing 737 Max is more fuel-efficient version of the workhorse single-aisle plane that has been in service since the 1960s. It’s the plane maker’s best-ever selling aircraft. Investigators in the two crashes have implicated a piece of automated flight-control software in both air disasters and though Boeing has developed a fix, it hasn’t yet been submitted to regulators as the crisis wears on for months longer than airlines expected.

Boeing told investors on Thursday that it expects a $5.6 billion pre-tax earnings hit in the second quarter. It’s taking a $4.9 billion after-tax charge in the three-month period to account for concessions to its Max customers, set to swing it to a loss. It warned that its 737 Max production costs rose by $1.7 billion in the three months ended June 30. That amount doesn’t include potential payouts from the multiple lawsuits the carrier is facing over the crashes.

That has airlines from Dublin to Rio de Janeiro to Chicago rethinking their growth and schedules as the impact becomes more disruptive.

Southwest Airlines, which has 34 planes in its fleet of about 750 Boeing 737 planes, this week said it removed the plane from its schedule until early November, joining American and United in the schedule revision, its fourth so far. That will mean the cancellation of 180 flights a day out of about 4,000, up from its previous estimate of 150 scrubbed daily flights. The Dallas-based airline also said it is postponing some pilot hiring and promotions due to the grounding.

Upon extending the removal of the planes from its schedule, United said it would have to cancel about 95 flights a day in October, up from 70 in September and 60 in August. The carrier said it is combining flights and using bigger planes to try to accommodate as many passengers as possible. The airline is also buying 19 used 737-700 planes that are due for delivery in December.

Passengers are shelling out more for seats on board as flights fly fuller thanks to strong demand and constrained capacity.

American Airlines has 24 of the 737 Max planes in its fleet of more than 900 aircraft and another 76 on order, and said earlier this month that despite a $185 million pretax hit in the second quarter when it canceled 7,800 flights, said it likely brought in 3% to 4% more for each seat it flies a mile — a key industry metric — up from a previous forecast of growth as little as 1%. Southwest last month raised its unit-revenue forecast for the quarter to growth of 6.5% to 7.5% from a year ago and from a previous range of 5.5% to 7.5%. Both carriers will update investors of their second-quarter results and outlook on Thursday. Boeing reports on Wednesday.

Since the grounding, low-cost Brazilian carrier Gol Linhas Aereas Inteligentes leased five older 737s and is holding onto the older-generation 737s already in its fleet longer, according to its CFO Richard Lark.

Gol had only taken delivery of seven of the 135 Max jets it has on order by the time the planes were grounded and the airline is rethinking its growth plan.

“Launching of new international destinations is obviously going to be on hold,” if the grounding lasts past October, Lark said. “That’s pushed into next year.” The airline is using the less fuel-efficient 737 planes to fly existing routes between Fortaleza and Orlando, Fla. and Brasilia and Miami but because the planes aren’t as efficient they require a fueling stop in the Dominican Republic, “which makes it a less attractive flight,” said Lark.

Some carriers are expect the impact of the grounding to spill into next year. European budget carrier Ryanair this week more than halved its summer 2020 passenger growth estimate this week to 3%.

Even if officials allow the planes to fly again, airlines will have to train thousands of pilots, which can take more than a month, on the changes aboard.