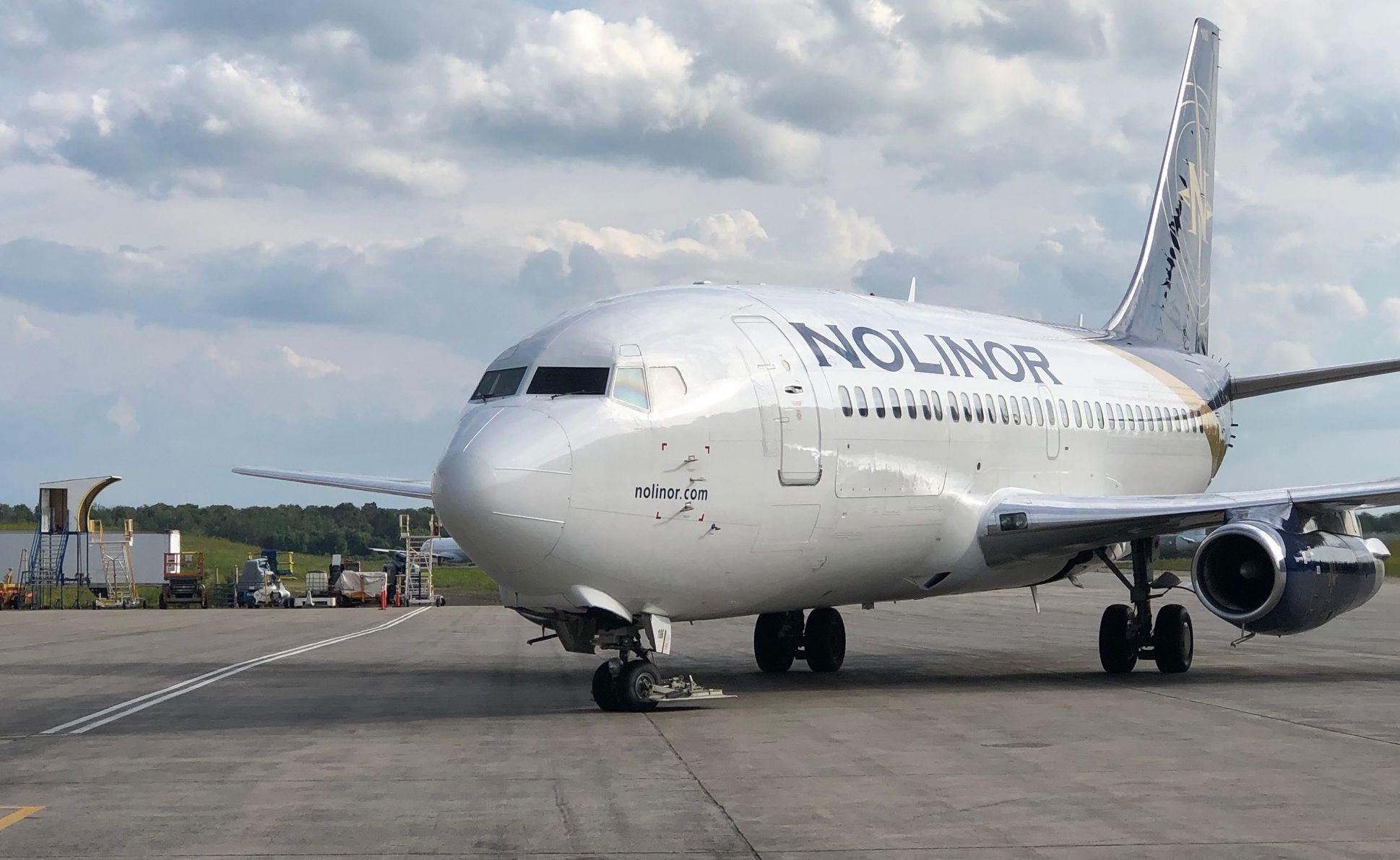 Nolinor Aviation in Mirabel, Quebec is a company in demand. Actually, its planes, pilots and maintenance teams are the hot commodity.

With 10 Boeing 737-200 planes, Nolinor is leasing jets to airlines that are scrambling to cover routes and schedules hit hard by the grounding of Boeing’s 737 Max.

“We have a lot of requests from many airlines that don’t have enough capacity to do their charter flights on the weekends or their regular schedules,” said Marco Prud’Homme, vice president of Nolinor Aviation.

In June, Nolinor and its pilots started flying daily for Sunwing, a low-cost carrier out of Toronto with four grounded Boeing 737 Max planes. For Sunwing, Nolinor’s jets help cover flights that would otherwise be canceled.

“It’s the first time that we ever saw such demand around Canada or around our part of the country, that’s for sure,” said Prud’Homme.

The 737 Max has been grounded since mid-March after two crashes killed a total of 346 people. It is unclear when the planes will be flying again.

For airlines that planned to fly the Max, it has become a scramble to find replacement jets. Some carriers like United are filling that void by purchasing used 737s, which will start flying later this year. Meanwhile, Air Canada has hired Qatar Air to fly some of its routes between Canada and Europe.

A charter company based in Mirabel, Quebec (outside Montreal) helping airlines manage through the 737 Max crisis.

“I would say that most passengers are oblivious. They are getting on a fuselage, they don’t even see the color scheme as they are walking down a jetway,” said Phil Seymour, CEO of the International Bureau of Aviation, a consulting firm based in London. “Maybe once they get into the seat, then they think, ‘Oh last time I flew I was in this kind of a seat now I am in a different seat.’ But really, I suppose they are just happy to go from A to B.”

The bottom line for airlines: There are schedules to cover even if it means paying more for short-term leases because there are only so many spare commercial airplanes around the world.

“They’re probably in the order of 5 or 10% over and above where they were last year,” said Seymour.

The global supply of commercial airplanes was helped early this year with the bankruptcies of Jet Airways out of India and Wow Air out of Iceland. With more than 500 Boeing 737 Max planes parked all around the world, there remains a shortage of commercial jets.

This explains why a charter aviation firm like Nolinor has been steadily fielding calls about their availability for months.

“We started having requests about our availability for summer. Then it changed to ‘Will you still be available during fall?’ And now we’re talking about Christmas time?” Prud’Homme said.

As he talks about Nolinor’s busy summer in a hanger next to the Montreal-Mirabel International Airport, technicians work on one of the company’s 737-200 planes. It’s getting a full maintenance checkup. When it’s done in a few weeks, Prud’Homme knows that plane will not sit idle for long.