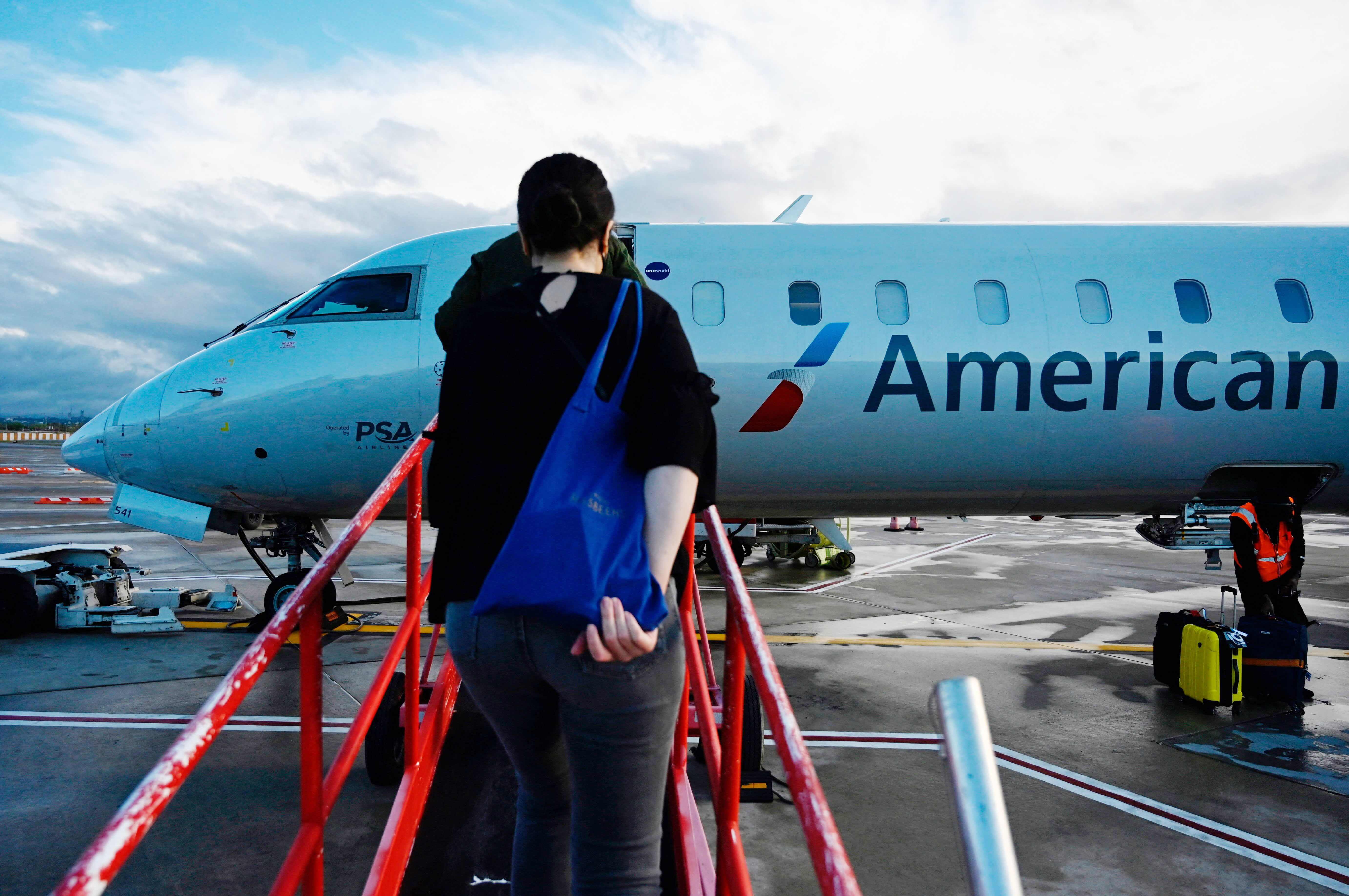 Passengers board an American Airlines flight at Ronald Reagan Washington National Airport in Arlington, Virginia on April 11, 2021.Andrew Caballero-Reynolds | AFP | Getty ImagesU.S. airline stocks tumbled in early trading Monday as an uptick in Covid-19 cases raised concerns about the economic recovery and hit one of the sectors most closely tied to loosened pandemic restrictions especially hard.American Airlines and United Airlines were each down more than 5% in morning trading Monday. Delta Air Lines was down more than 4% and Southwest Airlines was off close to 4%. Hotel chains Hilton and Marriott were down close to 3% and 4%, respectively.Shares of aircraft manufacturer Boeing were down more than 5%, the largest percentage decline in the Dow Jones Industrial Average.Travel demand has surged since the spring. Delta and American last week issued upbeat outlooks thanks to a jump bookings. The Transportation Security Administration screened nearly 2.23 million people at U.S. airports on Sunday, the most since Feb. 28, 2020, weeks before the World Health Organization declared Covid a pandemic.But concerns over the fast-spreading delta variant of Covid, now the dominant strain in the U.S., weighed on the market broadly Monday. Travel stocks that are sensitive to case counts and accompanying restrictions fell more than other sectors.The trend also raises questions about international travel. International and business travel have been largely missing from airlines’ recent rebound in bookings, though executives earlier this month said they have started to recover. The United States still bars most non-U.S. citizens from entering the country from the European Union, U.K., India and other nations, though the travel industry has repeatedly pressed the Biden administration to lift some of those rules.Some pandemic rules are returning due to the increase in cases. Los Angeles County reinstated an indoor mask mandate last week, even for people who are vaccinated, due to an increase in Covid-19 cases there. The Southern Nevada Health District, which covers Las Vegas, is also urging everyone to wear masks indoors as cases rise across the state.Cases in the U.S. have jumped by about 66% in the past week to a seven-day average of about 32,300 new cases per day, according to a CNBC analysis of data compiled by Johns Hopkins University.