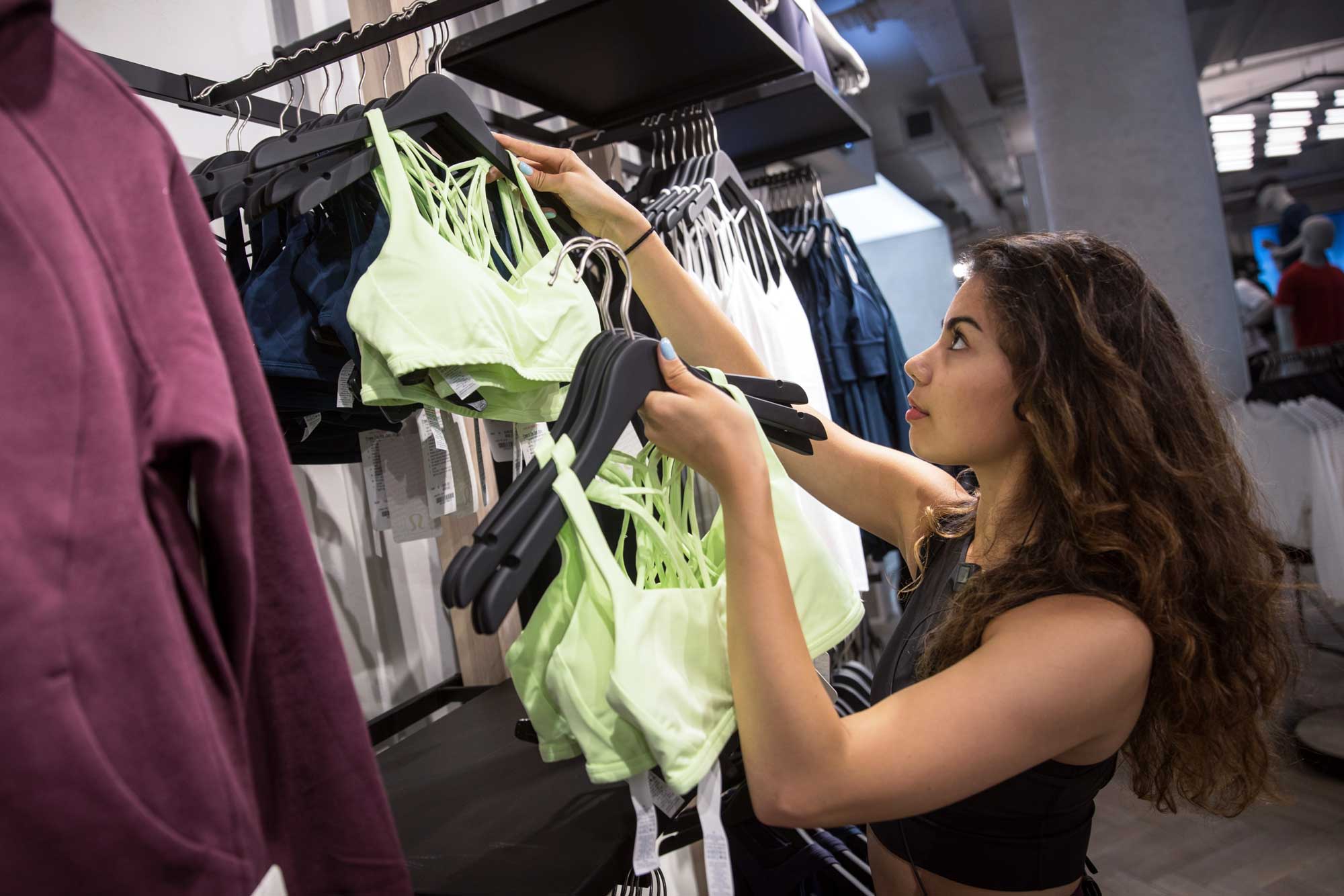 Shares of Lululemon, L Brands and Peloton have been active lately.Lululemon rose nearly 2% on Wednesday following a positive call from Goldman Sachs, which named the stock a top idea for its “best in class” brand positioning. Peloton’s stock fell by more than 5% in the same session on the back of a downgrade by Wedbush on fears that the company will lose steam in the post-pandemic era. L Brands climbed more than 1% as investors digested the company’s quarter-to-date results and updated guidance released Tuesday. Of the three names, L Brands has made the biggest move this year, up more than 100%.Peloton was down more than 2 in midmorning trading Thursday, while Lululemon and L Brands fell modestly.In an interview Wednesday with CNBC’s “Trading Nation,” Quint Tatro, chief investment officer at Joule Financial, said one name in particular stood out.”I actually agree with all the analysts,” he said. “Out of the three, I think we’ve got to go with Lulu.”As a value investor, he liked the activewear company based on its fundamentals despite the stock’s relatively high valuation.”The balance sheet for Lululemon is very attractive, about 29% debt to equity, so, a lot of room to grow if they do want to leverage that up a little bit,” he said. Peloton, however, was “too rich” for Tatro, who pointed to Wedbush’s call that the exercise equipment company’s growth could decelerate post-pandemic.If the company can move away from being seen solely as a “shelter-in-place play” and expand its reach into other areas, however, then it could create more opportunities for the company and for investors, he said.”Ultimately, that’s the way traders are going to think,” he said. “They’re just going to view this as a stay-at-home play right now, and the company’s going to have to work hard to change our minds about that.”L Brands was also “off the table” given the company’s “ridiculously high amounts of debt and … negative book value,” the CIO said.In the same “Trading Nation” interview, Matt Maley, chief market strategist at Miller Tabak, agreed with Tatro on Lululemon, but had a more constructive view on Peloton.”They definitely have an uphill battle on the fundamental side of things,” he said of Peloton, adding that the company could see some tail winds depending on the status of the coronavirus delta variant. “This delta variant is becoming a problem in many parts of the world. If it becomes a bigger problem here, you know, you might see a surprising rise in the stock,” he said. Peloton’s technical setup also looked promising, Maley said.”It already made a higher low and a higher high earlier, in late spring, early summer,” he said. “What I’m looking at is the 127 dollar level.”Zoom In IconArrows pointing outwardsIf the stock breaks above that level, that would push it above its 200-day moving average, which could attract investors, he said. Peloton was trading around $110 a share on Thursday.”It’s not something I’d jump into right now, but especially for short-term traders, [if] you break above 127, that could be a surprising move,” Maley said.Disclaimer

GM warns some Bolt EV owners: Don’t park them inside or charge them unattended overnight
Some portion of the U.S. population will get booster shots, Dr. Scott Gottlieb says
To Top
error: Content is protected !!