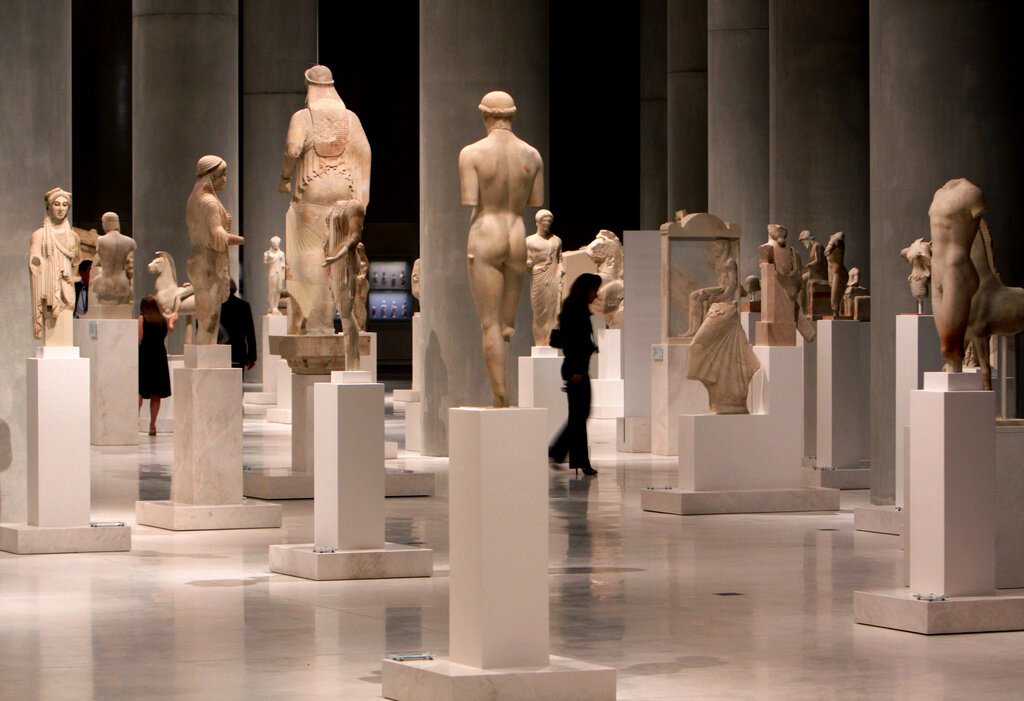 To receive Morning Links in your inbox every weekday, sign up for our Breakfast with ARTnews newsletter.
The Headlines
IT CAN TAKE TIME, BUT ANSWERS SOMETIMES SURFACE to art history’s mysteries. For years, the Japanese art historian Tsukasa Kodera hunted in vain for work by Edmund Walpole Brooke, an obscure Australian artist who worked alongside his friend Vincent van Gogh in France during the end of the Dutch artist’s life. Now a Brooke painting may have finally surfaced: a $45 purchase at an antiques shop in Maine, the New York Times reports in a wild story. (Spoiler alert: van Gogh was not particularly impressed with Brooke’s art.) On a far more speculative note, a neuroscientist and a physicist used artificial intelligence in an attempt to recreate a Modigliani portrait that has been faintly glimpsed in X-rays beneath another one of his pieces, the Guardian reports. Some believe that the obscured sitter is his former lover, Beatrice Hastings, and that he painted over her when they broke up. A 3D-printed version of the AI-generated painting will go on view at a London gallery later this month.

BIG MUSEUM DIRECTOR NEWS. The Schomburg Center for Research in Black Culture in New York has tapped Joy Bivins to be its next director, the New York Times reports. Bivins came to the Harlem institution last year as its associate director of collections and research, after serving as chief curator of the International African American Museum, in Charleston, South Carolina. Meanwhile, in Greece, the archaeologist Nikolaos Chr. Stampolidis has been selected as director general of the Acropolis Museum in Athens, the National Herald reports. Stampolidis is currently the director of the Museum of Cycladic Art in the Greek capital.
The Digest
Five 18th-century bronze Nepalese figures that were set to hit the block at Bonhams have been pulled by their consignor after a group known as Lost Arts of Nepal said they were looted. [The Art Newspaper]
The Paulson Family Foundation gave $15 million to the Tel Aviv Museum of Art in Israel, which will go toward the refurbishment of its main building. That structure will be named for the foundation, which was started by hedge-funder John Paulson and his wife, Jenny Paulson. [The Jerusalem Post]

Maria Llopis, an art professor in Barcelona, Spain, and seven of her students staged a protest at the Picasso Museum in the city, calling for greater attention to be paid to the artist’s treatment of women. [Reuters]
Seven British Chinese artists who were recruited by the Centre for Chinese Contemporary Art in Manchester, England, to advise on its operations are calling for a boycott, accusing it of “deep-rooted” institutional racism. [South China Morning Post]
Arkansas State University will rename a gallery at its Bradbury Art Museum after diplomat and Army intelligence officer James William Pardew, who died last week at 77, and his wife, Kathy Hoffman Pardew. The couple donated their art collection to the university. [Arkansas Democrat Gazette]
A touring Dior exhibition that has made stops in Paris, Shanghai, and London will have a run at the Brooklyn Museum in September. [WWD]
The Kicker
IN 1989, KEITH HARING PAINTED A MURAL at a Barcelona nightclub, which later became a billiard hall. Now that space is set to become a home for the elderly, and the painting’s future is unclear, the Guardian reports. The city’s council has said it will protect it, while the billiard hall’s operator has said he has the right to sell it or donate it. Cesar de Melero , who DJed at the club, thinks the mural should stay put. He also told a great story about showing the artist a frisbee with Haring designs on it. It was, apparently, unauthorized, and so Haring made a new work atop it, writing, “This is a real Keith Haring painted on a fake.” [The Guardian]
Thank you for reading. We’ll see you tomorrow.