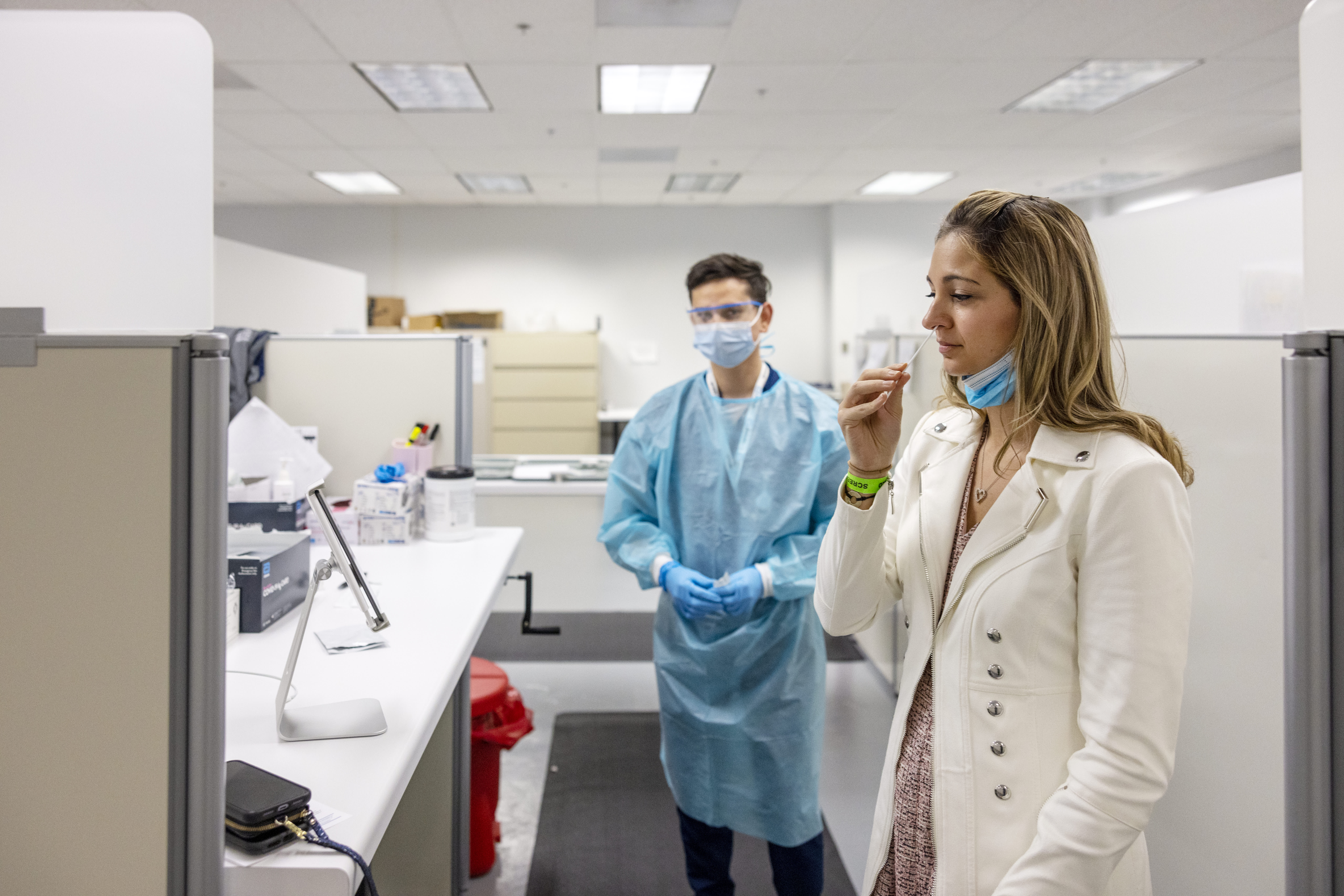 An Abbott Labs employee gets the BinaxNOW rapid Covid-19 antigen test at her workplace.Abbott LabsAbbott Labs has a team of “virus hunters” who are working with health officials around the world to monitor Covid-19 variants as some mutated strains show an ability to evade detection, CEO Robert Ford said during an interview at CNBC’s Healthy Returns event.”They’re constantly looking for new viruses, and in this case we set up a team to be able to monitor all the mutations that could exist,” he said of its pandemic defense coalition. “It can’t just be a U.S. thing, you have to partner with all the countries all the universities, all the different collection sites, then I think that’s the way to go.”The Food and Drug Administration alerted clinical staff in January that new variants can cause false negative Covid-19 test results. The agency identified three tests, none of which were made by Abbott, that could be less accurate because the part of the SARS-CoV-2 genetic sequence the tests were looking for had mutated in some of the variants.Ford also made it clear that with the pace in which Covid-19 is mutating, there is no time to waste. Scientists need to “chase these mutations,” he said.In the meantime, scientists are developing a new generation of tests that look for parts of the virus that are less likely to mutate and lead to false negative results.Antigen testing, like the one used in Abbott’s popular Binaxnow Covid-19 tests, targets proteins in the virus that are less likely to mutate over time.