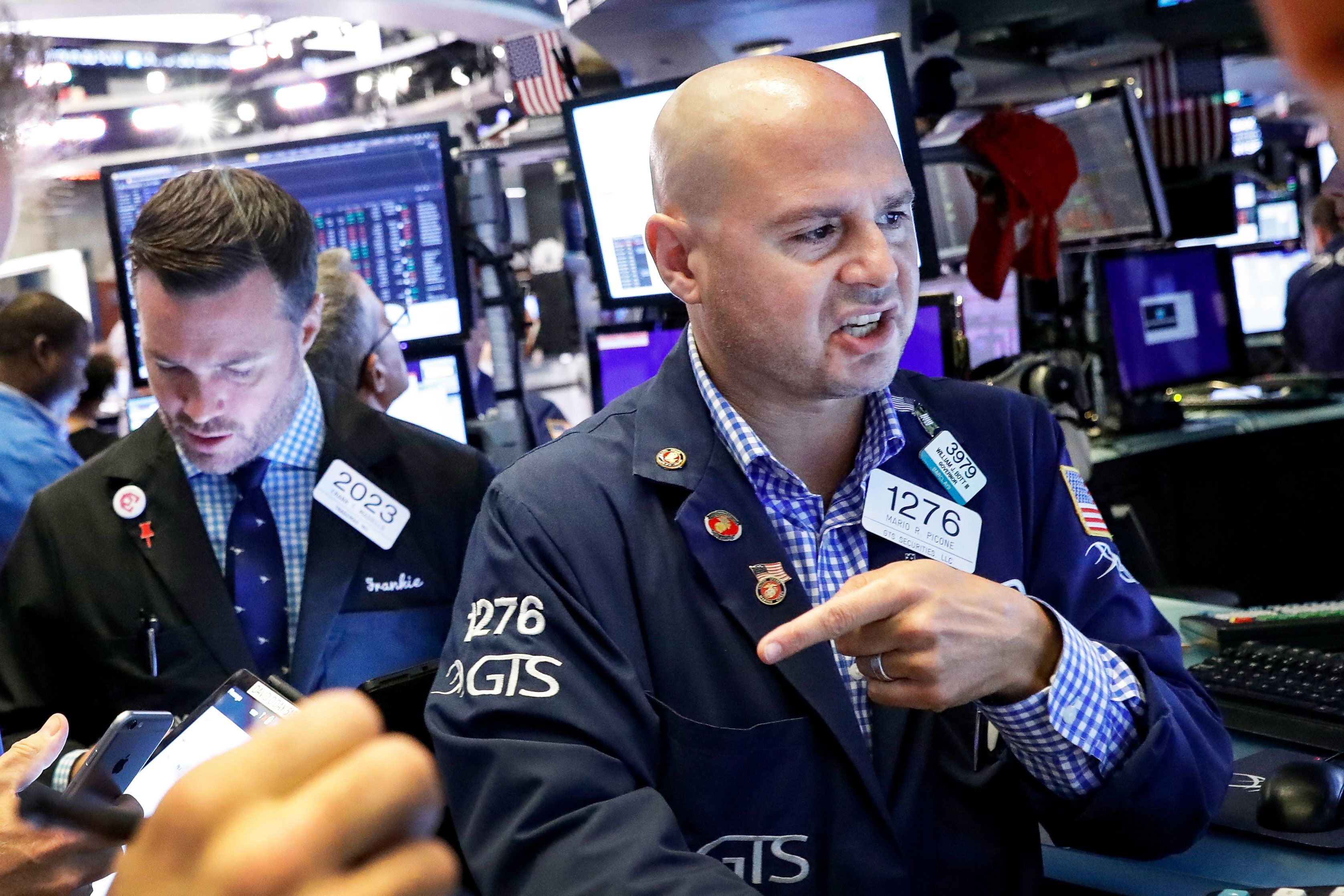 1. Dow to open higher after a strong rally

U.S. stock futures were pointing to a higher Wall Street open Thursday morning, after the Dow Jones Industrial Average and the S&P 500 posted strong gains Wednesday, moving higher for the fourth time in five sessions. The strength on Wall Street came despite another brief 10-year Treasury yield inversion with the 2-year yield. Such a flip-flop can signal a recession on the horizon — and when it happened last week, the Dow and S&P 500 tanked 3% on Aug. 14. But they have since recovered most of those losses, putting them on pace to break their three-week losing streaks. However, both were still lower for the month of August.

2. Bond yields higher after another inversion

Bond yields were higher early Thursday, with the spread on the 10-year Treasury yield and that of the 2-year back to normal with the longer term rates higher than the shorter term ones. Last week’s inversion set off a debate about the reliability of the indicator. Even when it does predict a recession, it is, on average, 22 months early, according to Credit Suisse. The marketplace hysteria following the initial inversion also drew commentary from the White House, with President Donald Trump blasting the “CRAZY INVERTED YIELD CURVE!”

3. Bonds signal the Fed may be cutting rates too slowly

The bond market is signaling that the Federal Reserve may be too slow to cut policy interest rates. Investors will be looking for clues on rates and commentary on those yield curve inversions when the Fed opens its annual economic policy symposium Thursday in Jackson Hole, Wyoming. Fed Chairman Jerome Powell speaks there Friday. The market, even with signs of strong consumer spending at some of the nation’s biggest retailers, still puts the odds of a rate cut at the central bank’s next meeting in September at nearly 100%. In the minutes of the July meeting, central bankers called their first rate cut in more than a decade a “recalibration,” emphasizing it is not on a “pre-set course” for future cuts. In a CNBC interview, Kansas City Fed President Esther George said the July rate cut was not needed.

China’s President Xi Jinping and U.S. President Donald Trump attend a welcome ceremony at the Great Hall of the People in Beijing on Nov. 9, 2017.

The U.S.-China trade war, which has been fueling concerns about its impact on global economic growth, appears to be headed for further escalation. Beijing said Thursday it hopes Washington will stop its wrong tariff action, adding that any new duties would lead to retaliation. Earlier this month, the U.S. said it would impose tariffs, effective Sept. 1, on the remaining $300 billion of Chinese goods. While duties on some of the imports have been delayed until mid-December and cancelled all together, the list remains long. Over the weekend, Trump warned China that a Tiananmen Square-like crackdown on Hong Kong pro-democracy protesters would make reaching a trade deal “very hard.”

A view shows the Hotel du Palais summit venue ahead of the G7 Summit in the French coastal resort of Biarritz, France, August 21, 2019.

The upcoming Group of Seven summit is set to end without a joint communique for the first time in its 44-year history, after French President Emmanuel Macron decided to abandon the tradition, citing “a very deep crisis of democracy.” Speaking to reporters ahead of the weekend G-7 meeting in France, Macron said an attempt to produce a joint communique would most likely be “pointless.” The annual gathering brings together the leaders of the U.S., France, Britain, Canada, Germany, Italy, and Japan. Last year, at the G-7 summit in Ottawa, Trump made an early exit, refused to sign the final statement and engaged in personal insults over trade with Canadian Prime Minister Justin Trudeau.