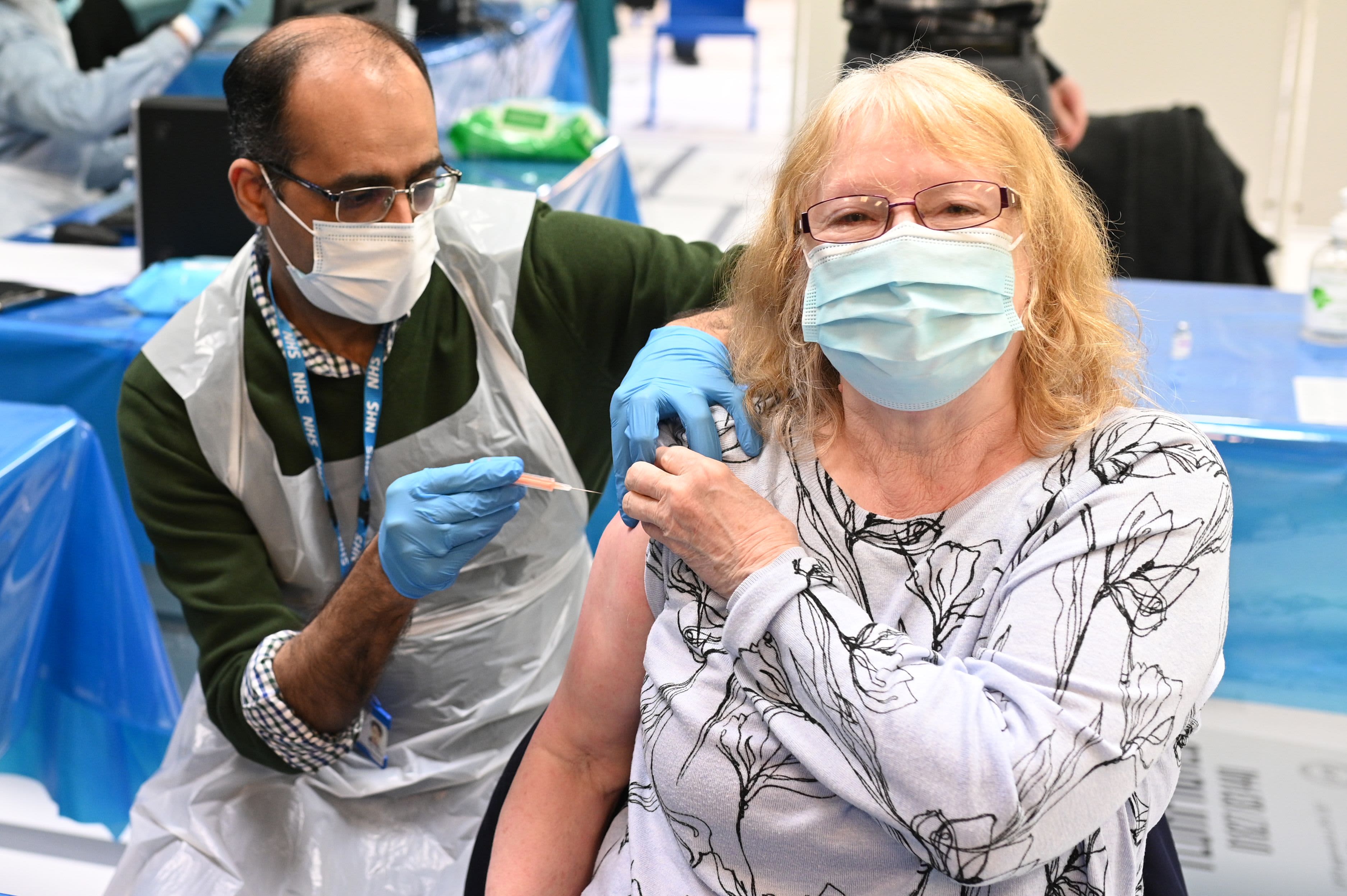 Pharmacist, Murtaza Abdulkarim (L) administers a dose of the AstraZeneca/Oxford Covid-19 vaccine to a patient at a temporary vaccination centre, staffed by pharmacists and pharmacist assistants, at the Al-Abbas Islamic Centre in Birmingham, West Midlands on February 4, 2021.Oli Scarff | AFP | Getty ImagesLONDON — The first real-world data from the U.K.’s inoculation program has given an insight into how effective vaccines have been against Covid-19.The vaccine developed by Pfizer and BioNTech vaccine was the first shot to be approved and rolled out in the U.K. in December. The over-80s, health care workers and care home staff were the first in line to be immunized. That was soon followed by the shot developed by British frim AstraZeneca and the University of Oxford.Here are four charts summarizing how effective these vaccines are, and how they’re playing their part in the fight against the pandemic:Falling deaths in the over-85sAs the elderly were the first to be vaccinated, it’s noticeable that Covid deaths are falling fastest in those age groups. The chart below looks at Covid deaths for Scotland, with a decline seen in the over-85s group just as the vaccination program started to gather pace. Click here for the full data.A surge in antibodiesA blood test study published last week by Imperial College London showed that almost 14% of the British population now has antibodies against the coronavirus. While this doesn’t necessarily mean immunity, what was interesting was the results from the people that had been vaccinated and how high their antibody levels were. 18,000 participants of the 155,000 person study had been vaccinated and the results are in the chart below. Click here for the full data.A separate study in England has shown the highest percentage of people testing positive for antibodies was those aged 80 years and over, at 41%, which the statisticians said was “most likely due to the high vaccination rate in this group.”The real-world effectiveness of the Pfizer shotPublic Health England looked in detail at how effective the Pfizer-BioNTech vaccine has been so far in protecting against symptomatic disease. The chart below shows that one dose is 57% effective at protecting against symptomatic Covid-19 disease in those aged over 80 (from 28 days after the first dose).Vaccine effectiveness is calculated using a mathematical statistic called an odds ratio, click here for the full data and methodology….and the AstraZeneca vaccinePublic Health Scotland also collected data on the AstraZeneca-Oxford vaccine for all age groups. The chart shows that, by the fourth week after receiving a first dose, the Pfizer-BioNTech and Oxford-AstraZeneca vaccines were shown to reduce the risk of hospitalization from Covid-19 in up to 85% and 94%, respectively. Click here for the data and full methodology.Since the start of the vaccination rollout, the U.K. has immunized all its top four priority groups, on target. It now aims to vaccinate all over-50s by mid-April, and all adults by end of July, two months ahead of a previous target.As of Sunday, over 20 million people have received their first dose of a vaccine, and almost 800,000 have received both doses, government data says.The U.K.’s vaccination program has been widely hailed as a triumph amidst tragedy; the U.K. has seen the fifth-highest number of infections worldwide, after the U.S., India, Brazil and Russia, with over 4.1 million infections recorded and 123,083 deaths, the fifth-highest death toll in the world, according to Johns Hopkins University.—CNBC’s Bryn Bache contributed to this article.