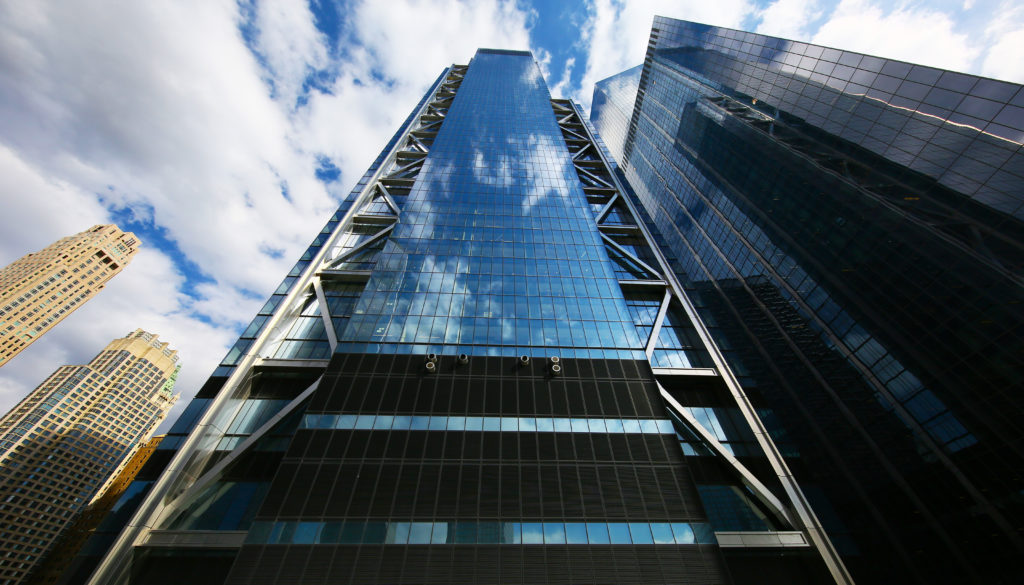 Silver Art Projects, a corporate responsibility initiative financially backed by the real estate developer Silverstein Properties, will launch a new artist residency at 3 World Trade Center in New York this fall. The program will host 30 artists every September for up to 8 months, providing them with 44,000 square-feet of free studio space on the 50th floor of the building.

Participating artists will be selected by a rotating jury of artists, curators, and community leaders. The 2019 jurors are Isolde Brielmaier, executive director and curator of arts, culture, and community at Westfield World Trade Center; Evan Moffitt, associate editor of Frieze magazine; and Nicola Vassell, founder of the curatorial agency Concept NV and curatorial director of the Dean Collection, which was established by Swizz Beatz and Alicia Keys.

Cory Silverstein, who co-founded Silver Art Projects with Joshua Pulman, told ARTnews that he and Pulman hope to support artists struggling to find studio space in New York due to the city’s rising costs of living.

“I’ve always been very interested in arts and culture and so has my family, particularly my grandfather,” Silverstein said. “Josh and I met in college and realized we shared a passion for the arts. When we moved to New York, we wanted to bring arts and culture in a nonprofit capacity to the World Trade Center and the downtown area.”

Silverstein has previously worked for Silverstein Properties as well as Reign Capital, a private equity firm. Pulman was with Goldman Sachs for about a year before joining the financial technology company Arthena, which focuses on art investments.

The application deadline for the first cycle of the residency is July 31; prospective artists-in-residence can apply online.

The World Trade Center has a long history of artist interventions. Sound artist Stephen Vitiello recorded noises from the city outside his studio on the 91st floor of Tower One of the World Trade Center in 1999. The work, which later figured in the 2002 Whitney Biennial, was created the day after Hurricane Floyd hit New York, during Vitiello’s residency with the Lower Manhattan Cultural Council.

And, for Line Rectangle, Robert Irwin formed a rectangle between two buildings in the World Trade Center complex using a black cable.

Perhaps most notably, the sculptor and installation artist Michael Richards died during the September 11 attack on the World Trade Center while working in his studio on the 92nd floor of the North Tower. Many of his pieces were crafted in bronze, and he often explored African-American history, identity, and folklore in his practice.